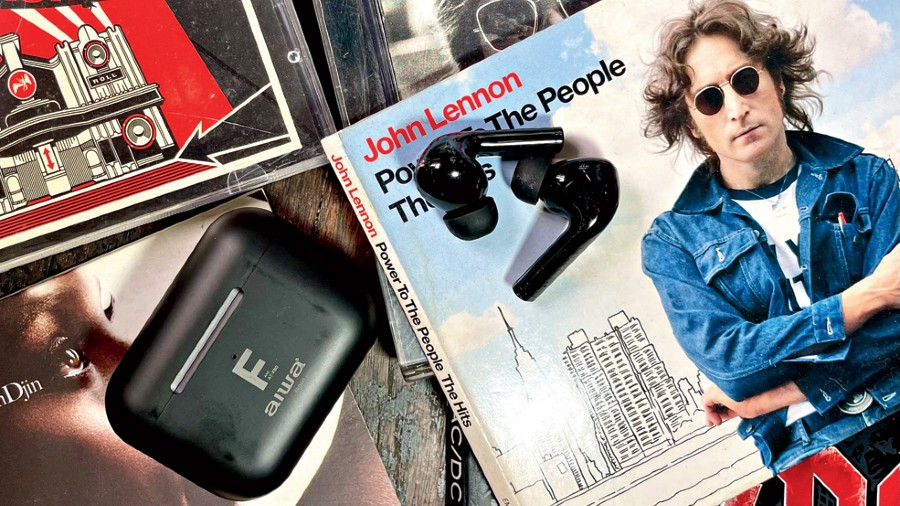 Chances of you or your family member having owned an Aiwa cassette player at some point in time is quite high. The Japanese electronics brand slowly disappeared with the growing popularity of the Walkman and then the MP3 era. In 2019, the company tried to make a comeback with TVs but that didn’t work well and in 2021 we are seeing another effort from the company, this time in the form of AT-X80FANC, which is a pair of noise-cancelling wireless earphones.

Since all wireless earphones have started to look similar, there’s very little to discuss in that department. Instead, let’s look at the sound profile and active noise cancellation, which is the USP of this device. We tried a number of albums across genres and came away with a mixed reaction.

Rolling Stones’s album Let It Bleed comes with one of the most powerful openers in rock history — Gimme Shelter. The dreadful scenario the group is trying to conjure up couldn’t be felt but at the same time on Love in Vain, the mandolin came across crystal clear. Moving to something very different, we tried the album Bridge Over Troubled Waters and somehow the sense of melancholy in The Only Living Boy in New York couldn’t be captured in the sound profile while the live version of Bye Bye Love has a good balance of vocal clarity and the clapping in the background. Next came Mardi Gras, the 1972 Creedence Clearwater Revival album. The vocals on Door To Door comes through slightly muddled while the treble was on the higher side on Need Someone To Hold.  The overall sound profile is good but, at times, it can also be unexpected.

On the ANC front, it works well and most of the noises in the room get drowned out. Yes, if the volume is set slightly higher, you won’t be able to hear the whirling fan but why does one have to pump up the volume to improve things? There is also a gaming mode, which reduces latency. Finally, call quality. It’s all right.

The touch interface is quite good, responding to commands well. As for battery life, that too is comparable to that of rivals. You will get around 3.5 hours on a single charge while the charging case can fuel up three more times. The review unit which we have is black in colour. We suggest you get the white variant because the matte finish on the black unit is a fingerprint magnet.

So the question is whether it’s worth Rs 7,999. There are comparable units available, like the Oppo Enco W51. The OnePlus Buds may lack noise cancellation but the sound profile is crystal clear while the pricing is lower. Aiwa is trying to jostle in a crowded space and at a time when wireless earbuds have become very good at low price points. Aiwa AT-X80FANC is a good attempt at wireless earbuds but there’s room for improvement.

• The earbuds have a snug fit

• Bassheads will enjoy this wireless option

• Vocals can be muffled

• ANC and microphone quality is average