DELHI DIARIES: In Bihar, Nitish spurs a competition of 'janata durbars'; why Sanjay is a household name in Patna 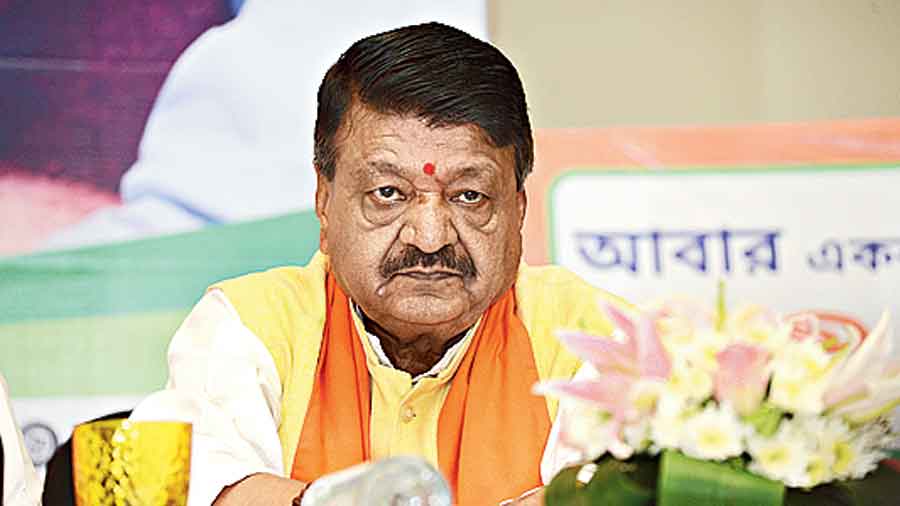 The national general-secretary of the Bharatiya Janata Party and West Bengal in-charge, Kailash Vijayvargiya, has been spending more time in his home state, Madhya Pradesh, these days. With the dream of wresting power in Bengal being shattered, he now has a lot of time to spare. Madhya Pradesh has been the pivot of his politics and it is no secret that he nurses the ambition to rule the state.

Recently, Vijayvargiya and the chief minister, Shivraj Singh Chouhan, were seen singing the popular Sholay number, “Yeh dosti hum nahi todenge”, at a function. This surprised many since he has been eyeing the chair that Chouhan has been occupying for years now. Party insiders feel that the new alignment is the result of Jyotiraditya Scindia’s entry into the BJP from the Congress. Scindia has been made the civil aviation minister at the Centre but everyone knows that he, too, has his eyes set on his home state’s hot seat. So Vijayvargiya is trying to mend relations with Chouhan to counter Scindia. People close to Vijayvargiya, however, are of the opinion that things would have been different had the BJP won Bengal. A chunk of the credit would have gone to him and then he would have secured Amit Shah’s full backing to fulfil his dream. With Bengal lost, Vijayvargiya now has to fend for himself. 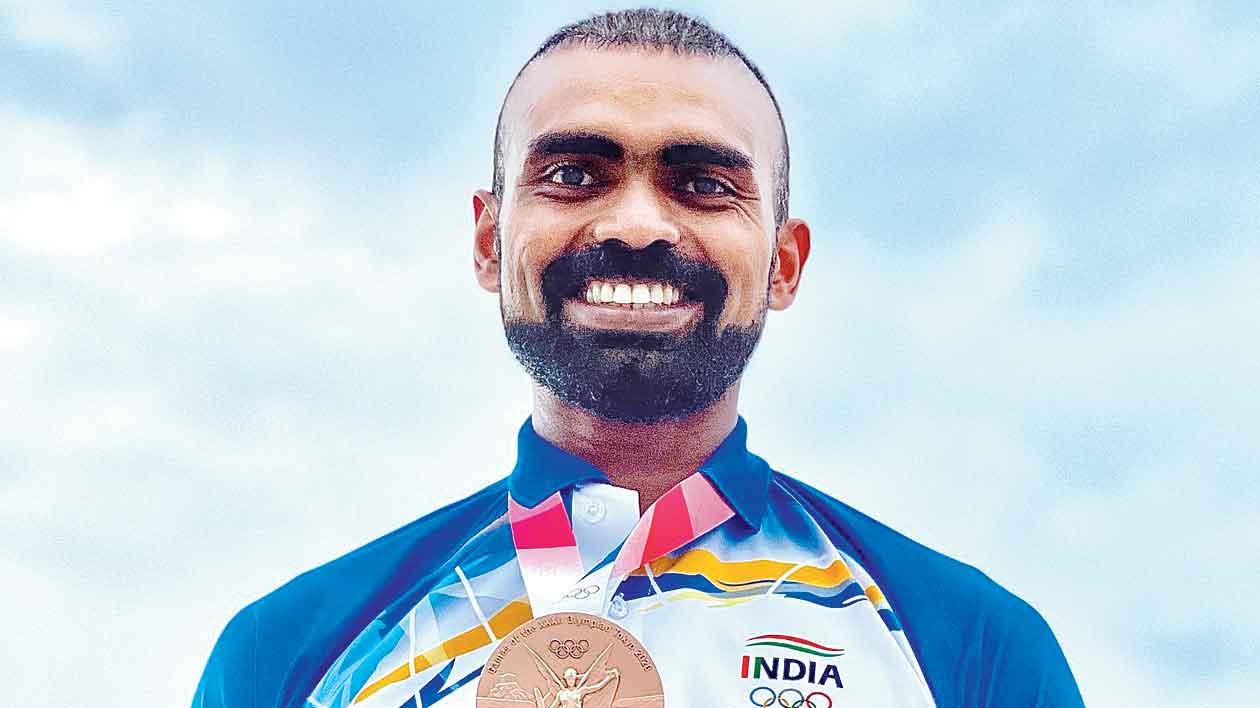 Of late, the goalkeeper of the Indian hockey team, PR Sreejesh, has been receiving more political leaders than politicians themselves do. Ever since he returned to the country — and to his hometown in Kerala — he has reportedly been busy receiving important visitors, including ministers, movie stars and everyone in between.

Sreejesh, the second Olympic bronze medallist hockey goalkeeper from Kerala after Manuel Fredericks, who was the star at the 1972 Munich Olympics, has
just one request to the politicians who visit him — provide good facilities for the beautiful game that has brought two Olympic medals to the state. With not a single decent hockey pitch in Kerala, all that ‘The Wall’ needs is hockey infrastructure, including synthetic turfs, so that youngsters who grab the stick can try their skills just as the boys from Punjab and Odisha have been doing for decades. But, as Kerala’s sports lovers say, politicians know promises are meant to be broken.

Race to the top

Around a month ago, the chief minister of Bihar, Nitish Kumar, decided to revive his weekly ‘janata durbars’ to listen to the woes of the people and connect with them. Alarmed over the move, the BJP, the Janata Dal (United)’s ally in the state, also relaunched its own version of the programme, ‘Jan Sanyog’, by fielding a couple of ministers at the state party headquarters on a daily basis to hear the problems of all and sundry. Not to be outdone, the JD(U) hit back by planning jan sunwai (public hearings) four days a week. Reportedly, three of its 12 ministers will be present on every such occasion.

Sources in both the parties said that the government is now focusing on reviving the janata durbars in districts, sub-divisions, blocks and police stations under its public outreach campaign. JD(U) leaders and legislators may also hold such programmes in their respective areas to know the pulse of the people. Some top BJP leaders are also planning similar moves. “Such a competition is good in [a] democracy, but the focus should be on sincerely resolving the problems of the people,” a senior minister in Kumar’s cabinet added.

The former bureaucrat and, now, the railways minister, Ashwini Vaishnaw, may be new to politics but he knows the art of image-building. The soft-spoken minister, who served in Odisha as an Indian Administrative Service officer, earned brownie points for his decision to travel by train to the Rayagada district, dominated by tribal communities, for the BJP’s ‘Jan Ashirwad Yatra’ from Bhubaneswar. He took many by surprise during the journey by interacting with the people in the general bogies of the train. Everything was being recorded by his team and forwarded to mediapersons for obvious reasons.

While Vaishnaw’s train journey had been adequately publicized in advance, the minister made it a point to tell the passengers he interacted with about the various pro-people initiatives undertaken by the Narendra Modi government. He also highlighted the fact that the prime minister had chosen to give the railway portfolio to a parliamentarian from Odisha. He even danced with the tribal people in Payakut village.

Vaishnaw’s PR exercise had begun right from the moment he boarded the plane from Delhi for Bhubaneswar. He tweeted, “Odisha is my Karmabhumi and waiting to get the blessings of Jagannath and the people.” On his way to Puri from Bhubaneswar, he halted at several places and interacted with the local people.

Sanjay Yadav, a man from Haryana, has suddenly become a household name in Bihar after Tej Pratap Yadav, the eldest son of the Rashtriya Janata Dal chief, Lalu Prasad, accused him of creating a rift between him and his younger brother, Tejashwi Yadav, as well as in the party. Sanjay, 37, serves as a friend and adviser to Tejashwi. They have known each other since Tejashwi’s cricketing days. Sanjay is said to have a good knowledge of socialist thought, philosophy and politics. He previously worked with the former Uttar Pradesh chief minister and Samajwadi Party leader, Akhilesh Yadav. Party leaders say that his experience and understanding of socialist politics helped Tejashwi during the 2020 assembly elections in the absence of Lalu. The RJD won 75 of 243 seats in the polls and emerged as the single-largest party in the state. His presence also helped Tejashwi’s rise to prominence in the family power struggle which started around six years ago. Sources say that Tej Pratap sees Sanjay as Tejashwi’s shield and is, therefore, trying hard to get him removed. 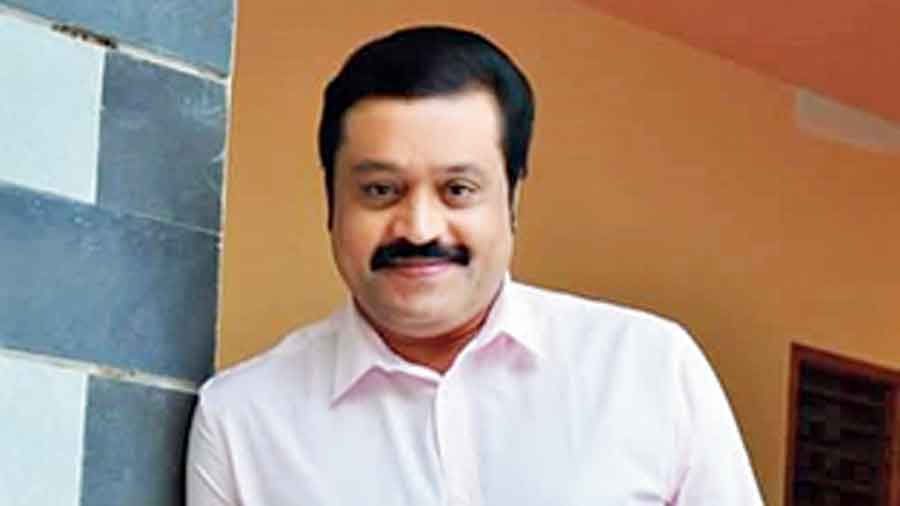 At the inauguration of a cow protection campaign, the Malayali actor and Rajya Sabha member, Suresh Gopi, declared that he has no issues with being called ‘cow dung’, a description he has been slapped with on social media. Gopi, who had unsuccessfully contested the state polls on a BJP ticket in April, in fact, welcomed it. Hailing from a state where his party has zero presence in the assembly, much has been said about his over-dramatized utterances at
public meetings.