Even an MP's complaint means nothing 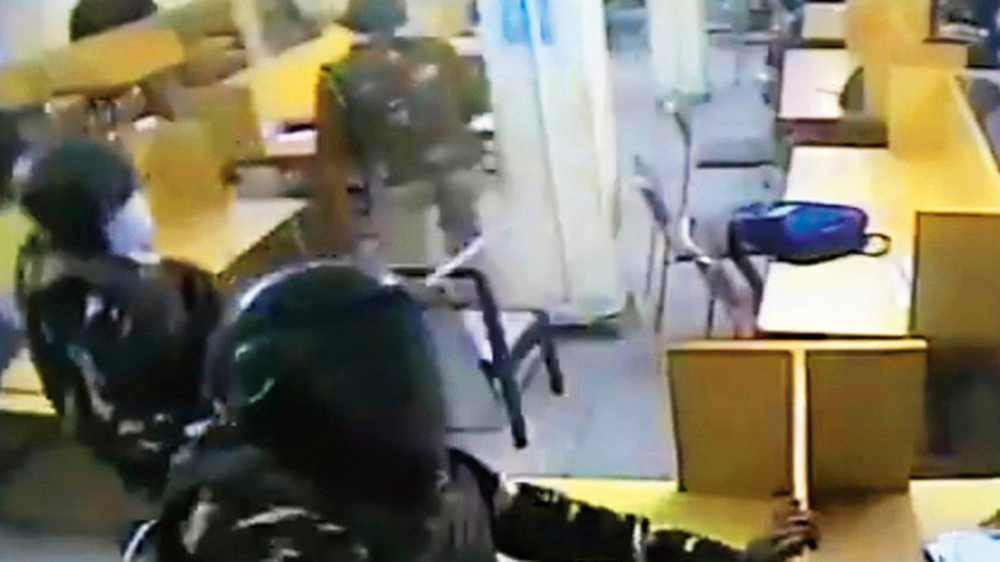 Footage shows uniformed personnel beating up a student in a reading room of Jamia Millia Islamia on December 15
Source: twitter.com/Jamia_JCC
The Editorial Board   |   Published 01.03.20, 06:35 PM

It is, perhaps, old-fashioned to believe that the police will discharge their duty of protecting the helpless and preventing crime. From the conduct of the Delhi police in burgeoning New India, it could look as though they are more interested in oppressing the helpless. To take just one example, their conduct in the Jamia Millia Islamia library where they used their batons on students, appearing in a video clip to be driving them remorselessly from one end of the room to another, remains inexplicable and presumably unquestioned. Complaints about the Delhi police’s role in the more recent events in northeast Delhi, that they are either passive spectators of violence or active participants in it, are somehow sliding off the home ministry’s walls like water off a duck’s back — why pay attention to those critical of the government’s wisdom? But the letter of a Rajya Sabha member of parliament from the Shiromani Akali Dal, Naresh Gujral, to the Delhi police commissioner with copies to the Union home minister and the lieutenant-governor of Delhi, spells out clearly what his experience with the Delhi police has been. Mr Gujral had rung the police asking them to rescue an acquaintance of his who was trapped with others of the minority community in a house in Maujpur with a mob trying to get at them. His complaint was received and he was given a complaint number. Nothing was done for the trapped group by the police; neighbouring Hindus helped them escape.

Mr Gujral’s letter lays bare the precise role of the police in northeast Delhi. It is not only obvious that an MP’s call means nothing if it is for the rescue of members of the minority community, but also that the Union home ministry alone can command the Delhi police. In Gujarat in 2002, the former Congress MP, Ehsan Jafri, after numerous such phone calls, died a hideous death along with 68 others after learning the terrible lesson of police loyalties to the state’s home ministry. Mr Gujral referred to the 1984 killings when commenting on the police’s role. In other ways, the Gujarat 2002 parallel is closer. Opposition MPs can be ignored when certain tasks essential to Hindutva are being carried out. Odd coincidence that the leadership is exactly the same.

We don’t need gas chambers. We turn homes into ovens to bake humans