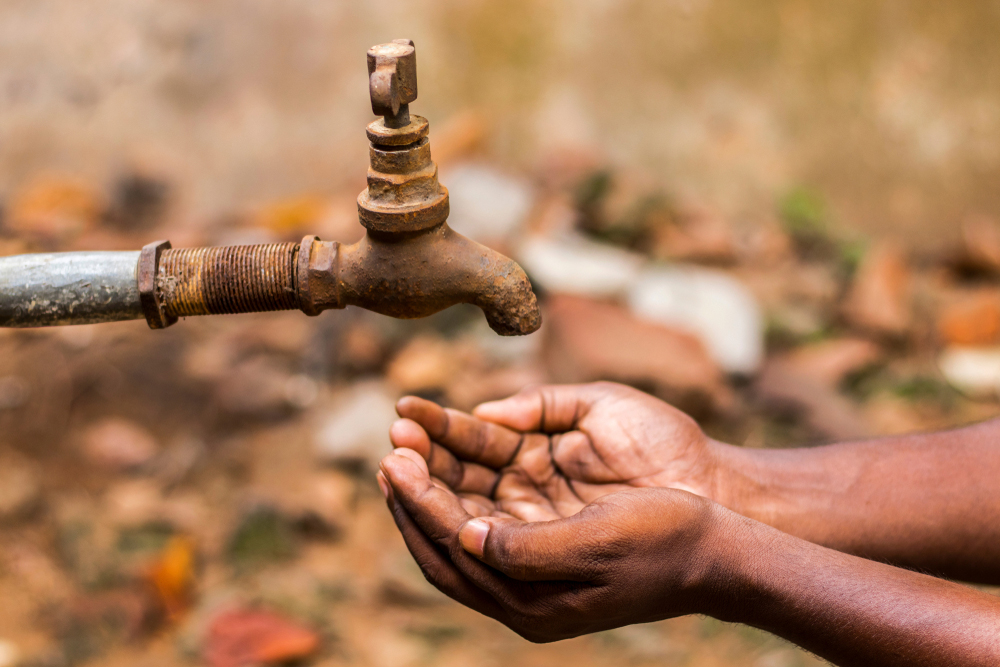 The water crisis we face today is a manifestation of the failure of a wide array of systems that have shaped mindsets especially in the last 70 years. It is time we realize that the systems that have caused the problems cannot ‘solve’ them unless they get transformed themselves.
(Pic: Shutterstock)
Pinaki Roy   |   Published 09.08.19, 12:27 PM

Look for Mawlynnong on the map of Meghalaya. It’s a village relatively close to Cherrapunjee and Mawsynram, and is one of the wettest places on earth. But the villagers there often run out of water by October. Soon after the monsoon rains get over, the residents become dependent on water piped in from perennial sources in forested areas a few kilometres away.

In his ‘Mann ki Baat’ address in June, the prime minister, Narendra Modi, spoke about the water crisis and the importance of water harvesting. He spoke of a mass movement for water conservation, the revival of the traditional methods of water conservation, and urged people to join hands. Bengal’s chief minister, Mamata Banerjee, has also lent her weight to the issue by declaring July 12 as ‘Save Water Day’. While support from the highest levels of government is crucial, this in itself is no guarantee that sustainable solutions would be worked out.

Despite strong political will and deployment of significant resources, the Swachh Bharat Abhiyan has done little to ease the pressure on our landfills. Nor has it been able to address the problem of plastic waste ending up even in the remotest corners. The problem lies elsewhere — in our inability to address the full complexity of the challenges before us.

The water crisis that we face today is a manifestation of the failure of a wide array of systems that have shaped mindsets especially in the last 70 years. It is time we realize that the systems that have caused the problems cannot ‘solve’ them unless they get transformed themselves. Our default response to developmental challenges has been to find technological solutions. A significant fallacy hidden in this approach is our assumed mastery over natural systems.

In Mawlynnong, even a generation ago, elders used to speak about the importance of not allowing plants with shallow roots to grow on their lands. The lure of hard cash forced villagers to ignore the wisdom of their elders. The forests around the village were cleared to grow broomsticks (a shallow rooted plant). With the forests depleted, heavy rainfall and the hilly terrain led to much of the topsoil getting washed away. The forest’s capacity to act as a sponge to absorb rainwater, thereby replenishing the groundwater system, was severely impacted and the natural water cycle in the village went haywire.

Variations of this situation are endemic across the country. The collective blindness towards existing natural systems and our inability to factor them in planning, decision-making and implementation of developmental efforts are the major reasons for the crises that we are in. We talk about inter-linking rivers as a solution. We delude ourselves that a train carrying water to Chennai would be able to bring relief. In reality, we have failed to put even basic systems in place. We have been settling for solutions that give fragmented and incremental results but not sustainable resolutions. The toilets built under Swachh Bharat is a great achievement, but when these toilets are used, it increases water consumption. Can this lacuna not be addressed by introducing parallel measures to recharge groundwater?

The percentage of household water consumption in India is minuscule when compared to the volume of water consumed in agriculture or industry. The average citizen saving water is important, but not enough; it is also not enough to just focus on water harvesting or even groundwater recharging. Pollutants — industrial effluents, municipal sewage, chemical pesticides, fertilizers — impact water too.

Nature has the power to heal itself. Instead of spending energy and precious resources trying to fight nature, it is time we learn to work with it. The question is this: will the vested interests that benefit from the current ways allow us to transform ineffective systems? All surface freshwater sources on earth add up to 0.01 per cent of the total available water. We have very little to go by. Can we afford to continue with this business-as-usual attitude?