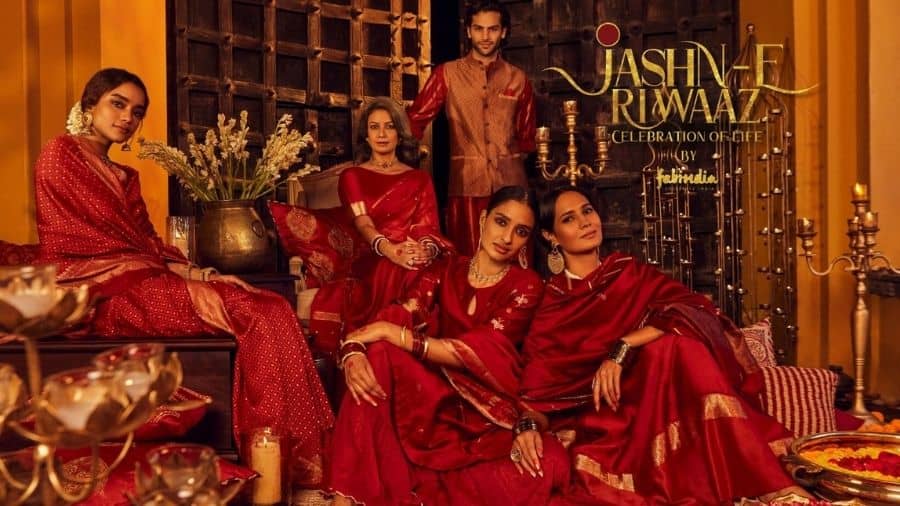 FabIndia was trolled on social media for what some said was unnecessarily uplifting secularism and Muslim ideologies in a Hindu festival, saying it hurt their religious sentiments.
File photo
The Editorial Board   |   Published 25.10.21, 12:16 AM

Social media has been weaponized by bigots to proverbially beat up pliant victims. The recent storm in the social media tea cup over Fabindia’s introduction of a new collection titled ‘Jashn-e-Riwaaz’ during the festive season adhered to a predictable, sickening, dispiriting script. Thin-skinned, self-professed guardians of the Hindu faith took umbrage, alleging that this was an attempt on the part of the company to ‘de-Hinduize’ Diwali. Fabindia denied that the line was its Diwali collection: there would not be a problem even if it was the case — giving in to the poisoning of language, including advertisement lingo, is a mischief that must be resisted at every level. Unfortunately, Fabindia refused to stand up to the bullying and took down some of the promotional tweets of the new range of clothing after social media echoed with calls of boycotting its products. The capitulation of businesses in the face of an ideological witch-hunt has become de rigueur in New India. A jewellery brand of the Tatas, one of India’s most respectable establishments, had been singed by an equally toxic campaign because it had chosen to, quite refreshingly, endorse interfaith marriages, yet another pillar of pluralist India that is now under siege.

These vicious campaigns, targeting businesses or political and ideological opponents of bigotry, reveal the double-facedness of Narendra Modi and his government. In the face of criticism, the prime minister is in the habit of mouthing homilies that talk of accommodation. His slogan, ‘Sabka Saath, Sabka Vikas’, is a classic example of this lip-service.

Mr Modi falls short when it comes to translating words into action by rooting out engineered divisiveness. The consequences of this wilful inertia are chilling. Apart from embossing the republic with a distinct majoritarian imprint, the complicity also encourages a loony constituency that is no longer limited to the fringes to subvert constitutional traditions and the rule of law. Businesses suffer too. There is plentiful research to suggest that a communal ethic is injurious to the entrepreneurial spirit. The submission of the captains of Indian industry may have something to do with the culture of institutionalized intimidation. They must recover their voice of reproach if India is to continue to function as a robust, assimilative democracy. But this mobilization of industry to condemn intolerance will only be possible if businessmen receive adequate support from their most important patron — the common man.