Advertisement
Home / Opinion / The raw and the cooked: Editorial on reel depiction of cine icons' lives

The raw and the cooked: Editorial on reel depiction of cine icons' lives

A recent spate of biographical movies has, once again, exposed the tension among artistic license, the truth and hagiographic representations of noted public figures 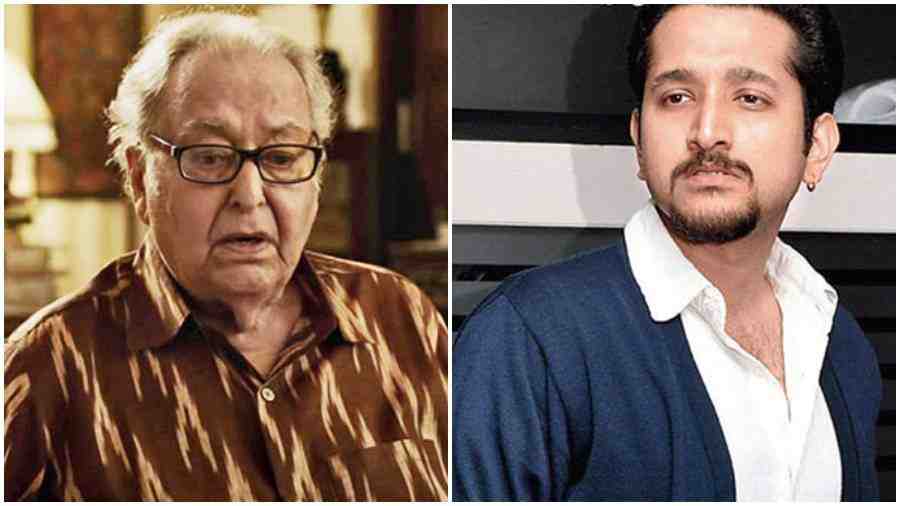 L-R) Soumitra Chatterjee in Abhijaan, directed by Parambrata Chattopadhyay
Sourced by the Telegraph
The Editorial Board   |   Published 15.05.22, 03:15 AM

The world is not black and white. Yet, when it comes to the popular depiction of icons, film-makers often end up whitewashing the grey in the lives of their subjects. A recent spate of biographical movies has, once again, exposed the tension among artistic license, the truth and hagiographic representations of well-known public figures. Anik Datta’s Aparajito, a film based on Satyajit Ray’s making of  Pather Panchali  that was released recently, fictionalises all names. Arindam Sil’s  Mahananda, released last month, is similarly a tribute to the author, Mahasweta Devi, but renames characters from her life. Meanwhile, Atanu Bose’s  Achena Uttam — scheduled for release in June — claims in no uncertain terms that it is a biopic of the thespian, Uttam Kumar. Likewise, Parambrata Chatterjee’s  Abhijaan, released in April, is a relatively unflinching look at the life of the legendary actor, Soumitra Chatterjee. Across the world in Hollywood, Baz Luhrmann’s Elvis, a musical drama on the king of rock ‘n’ roll, will be on movie screens in June. Like Mr Bose, Mr Luhrmann has retained real names, focusing the film on the relationship between Elvis and his manager, Colonel Tom Parker, played by Tom Hanks.

Each of these movies claims to broadly stick to known or researched facts about its central character. Yet they are not documentaries, and are clearly interpretative attempts at reflecting on the lives of individuals who left deep imprints on society. They can take creative liberties.  That many of these films still maintain a degree of separation from the original characters by renaming them underscores the risks of upsetting the public memory of popular figures. Abhijaan, for instance, faces accusations of misrepresentation from members of Mr Chatterjee’s family, even though the actor himself is part of the scenes that were filmed before his death in 2020. The film, while an ode to the actor, also points out the disconnect between his love for his wife and his rumoured affairs, his belief in communism, and his taste for expensive whiskeys. It is easier for films that claim to be biopics to soft-peddle controversies:  Sanju, the Ranbir Kapoor-starrer that is a thinly-veiled public relations exercise for the actor, Sanjay Dutt, is an example.

On the other hand, films like Aparajito can allow directors to improvise on the script without worrying about flak from family members and film historians — although Mr Dutta did consult Mr Ray’s son. Done well, each approach has its merits. But there is a central question that undergirds both: are Indian audiences mature enough to see their heroes as they truly were, warts and all? Even a filmmaker as bold as Mani Ratnam chose a safer route for Iruvar, where he dived into the friendship and rivalry between two of Tamil Nadu’s most popular sons, M.G. Ramachandran and M. Karunanidhi — after renaming them. How this year’s different biographical films perform could offer clues as to whether India is more receptive to unvarnished, raw looks at its superstars.