Advertisement
Home / Opinion / The pandemic in a new light

The pandemic in a new light

In the Indian context, the govt used the situation to divert attention of public by disseminating a polarised narrative even during a health crisis to belittle minorities 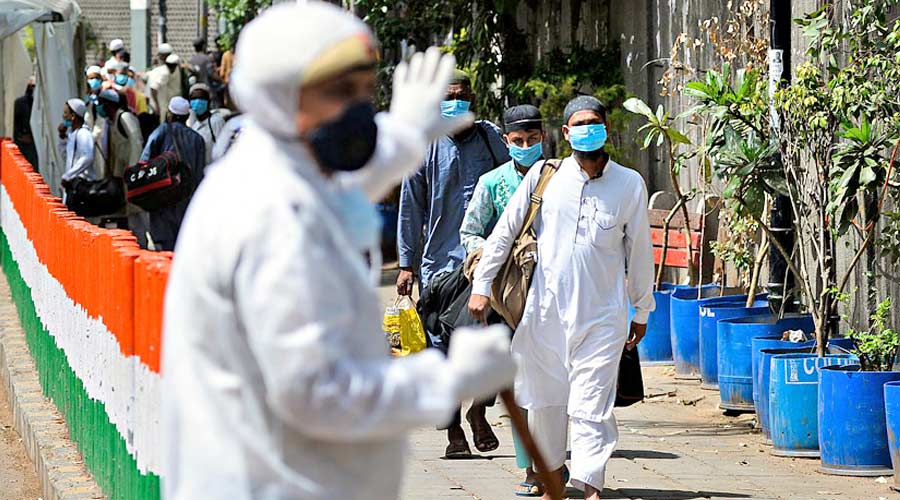 A policeman gestures as men walk to board a special service bus taking them to a quarantine facility amid concerns about the spread of Covid-19 in Nizamuddin, New Delhi, 2020.
Prabodhan Pol   |   Published 12.07.22, 03:14 AM

The Covid-19 pandemic has caused unimaginable chaos throughout the world. It has witnessed a significant churning in social, political and economic realms. Can the pandemic be considered a breakthrough moment in history? It may be too early to make a definite statement but there are parallels with past public health emergencies that cannot be ignored.

Historians suggest that public health crises provide a context to reframe society through the disruption of status quo. For example, the bubonic plague reframedEurope’s sociopolitical order while India’s plague epidemic in 1896 further invigorated the politics of nationalism. But historians have also suggested that the stirrings caused by such crises need not always transform the lives of the marginalised. The BlackDeath pushed Europe’s Jews to the wall through massacre and persecution. Therefore, it is essential to ask, particularly in the Indian context, how the calamity has affected the marginalised, especially since Covid-19 coincided with a global surge in populism, racism, and sectarianism.

Insofar as India is concerned, pandemics could serve as a fascinating source for understanding complex caste equations. For instance, on the one hand, the plague epidemic of the 19th century provided a significant moment for assertive nationalism; yet, the orientation of its rhetoric was premised on upper-caste Hindu revivalism and anti-Muslim politics. This was particularly noticeable in western India. This goes to show that health crises in India can have a socio-political trajectory.

Interestingly, Covid also facilitated a push towards the discourse of populism, conservatism and communalism. In the initial phases of the pandemic, there was considerable embarrassment and inconvenience caused to the Bharatiya Janata Party-led government due to its failure to deal with the crisis. Indians witnessed significant economic turbulence in the form of substantial job losses. Yet, the turbulence did not kindle political resistance against the government. Instead, Hindutva politics used the pandemic to invoke the prejudices against Muslims. The demonisation of the Muslim community was facilitated through organised rhetoric and media propaganda during Covid.

Pandemics are often considered to be great equalisers in history as they simultaneously affect the privileged and the poor. Even though pandemics in the past helped change the world — they were equalisers of some sort— we also need to understand that in, say, the last 150years, history suggests that pandemics have often consolidated conservatism, sectarianism, racism and violence globally. Little wonder then that the influenza pandemic in 1918 in Italy provided vital support to the establishment of fascism in that country. Correspondingly, it boosted a similar expansion of the Naziparty in Germany.

Pandemics, therefore, need to be understood by transcending the health perspective. One must not forget that caste and communal rhetoric can play significant roles during such crises. In the Indian context, the government of the day used the pandemic to divert the attention of the general public by disseminating a polarised narrative even during a public health crisis to belittle minorities.