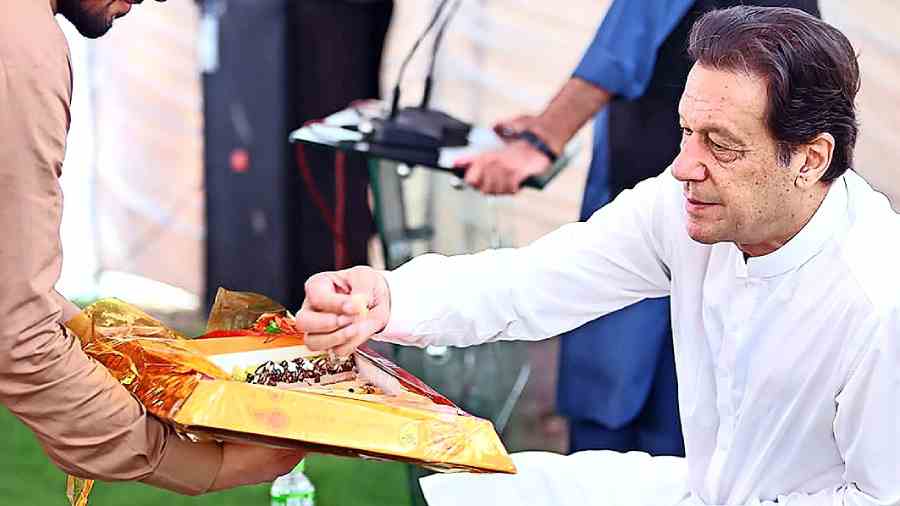 Ever since the successful vote of no confidence against Imran Khan, the coalition government at the Centre has been struggling on many fronts. Imran Khan is at the peak of his popularity. The government is at its most unpopular due to the tough economic decisions it has had to take to keep Pakistan in the International Monetary Fund programme that was started during the previous regime under Khan. From the economy to political challenges, the federal government seems to be in a pickle. Let’s do a recap.

A coalition government led by Shehbaz Sharif was formed in Pakistan after Imran Khan was voted out as prime minister through a no-confidence motion back in April. However, at the end of February, when he realised that his government could not be saved, Imran Khan slashed petrol prices and power tariffs which put a heavy burden on the exchequer. When the new government came in, it did not reverse these subsidies as it should have done given the negotiations with the IMF. This was done because the new government was not sure whether to stick to power or announce early elections. This dilly-dallying on petroleum prices cost us even more. Back in May, we heard rumours that the government was going to dissolve the assembly and call for the next general elections but when Imran Khan announced a long march, the decision was reversed. This was later confirmed by members of the ruling coalition. The government then decided to present the budget. It also ended petroleum subsidies and tried to fulfil all other pre-conditions set by the IMF. We still do not have the IMF tranche even though a staff-level agreement has been reached. The government is confident that we will have the money next month. The Pakistani rupee has been sliding against the US dollar for months now and keeps breaking one record after another. The government has been unable to gain back the market’s confidence. This is due to a number of reasons, but political uncertainty is certainly one of the top factors.

Soon after the coalition government was formed at the Centre, the Pakistan Muslim League-Nawaz was able to get Shehbaz Sharif’s son, Hamza Shahbaz, elected as chief minister of Punjab. This is a province where the PML-N derives its power and popularity from. Twentyfive dissident members of Imran Khan’s Pakistan Tehreek-e-Insaf voted for Hamza to get him elected as Punjab chief minister. They were eventually disqualified due to the defection clause in the Constitution. Five of those 25 were from reserved seats, which were eventually given back to the PTI. By-elections were held on July 17 for the rest of the 20 seats. A run-off election for chief minister was called by the courts on July 22. Both PML-N and PTI had to win a majority of the seats to have the numbers for the election of the chief minister. The PTI won back 15 out of those 20 seats. Now it had the required numbers. The PTI’s chief ministerial candidate was Chaudhry Pervaiz Elahi from the Pakistan Muslim League-Qaid e Azam Group.

Just before the vote of no confidence, there was a split in the PML-Q. Elahi’s elder cousin, Chaudhry Shujaat Hussain, decided to side with the PML-N while Elahi and his son, Moonis, decided to stick with the PTI. Chaudhry Shujaat is also the head of Elahi’s party, the PMLQ, which was an ally of the PTI in the previous government. Elahi had been offered the Punjab chief minister position by the coalition partners before the vote but after the modalities had been finalised, he changed his decision at the last minute and remained with the PTI that declared him to be the party’s chief ministerial candidate. When the run-off election took place, the deputy-Speaker of the Punjab assembly, Dost Muhammad Mazari, did not count 10 PML-Q votes in Elahi’s favour by reading out a letter by the party head, Chaudhry Shujaat Hussain, that said that his party is to vote for Hamza. The confusion about the votes not being counted was created due to the Supreme Court’s interpretation of Article 63A pertaining to the defection clause back in May this year after a presidential reference seeking clarity on it. Back then, legal experts had said that the interpretation was akin to rewriting the Constitution as it stated that dissident votes could not be counted. Chaudhry Pervaiz Elahi challenged the deputy-Speaker’s ruling in the top court. A three-member bench led by the Chief Justice of Pakistan, Umar Ata Bandial, was formed to hear the case. The coalition government demanded that a full court bench be constituted as it had reservations about the three-member bench. The court rejected its plea. The government boycotted court proceedings as a result. A verdict was then given in Chaudhry Pervaiz Elahi’s favour on July 26. As a result, the PML-N lost the Punjab government. The coalition government has come out all guns blazing against the verdict. Maryam Nawaz has gone so far as to call it a judicial coup.

The PTI now has a government in two provinces — Punjab and Khyber Pakhtunkhwa — once again. This has led to more political chaos. The PML-N says it has had to pay a heavy political cost in order to save the country’s economy. The federal government is now made up of a weak coalition. Can it survive the political pressure being created by Imran Khan’s narrative of a ‘foreign conspiracy’ while it takes even more tough economic decisions and loses its popularity further? Will the PTI exert greater political pressure on the federal government for an early election through its narrative or will it dissolve the two provincial assemblies to force early elections? Can the PML-N get back its government in Punjab through other means, such as imposing a governor raj or the governor asking Pervaiz Elahi to take the vote of confidence? Or will the government go for early elections given the state of political uncertainty and economic instability?

The only way forward for stability in the country is if all political stakeholders form a consensus on what to do next. Imran Khan holds the key to this according to many observers who say that he will have to sit down with the government in order to formulate a new social contract and a charter for the economy. Some believe he is ready to go ahead with this. The next few weeks are crucial.