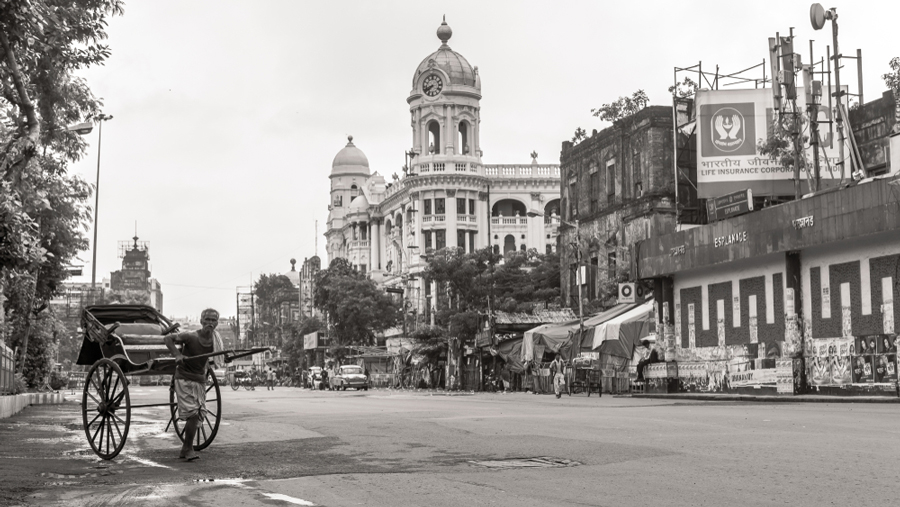 Monochrome view of a heritage hand pulled rickshaw on Kolkata city street with the Metropolitan building at the background.
Shutterstock
The Editorial Board   |   Published 22.08.20, 12:26 AM

There is a lot more worth saving than meets the eye — or, more accurately, than the eye has been willing to see. That is why it is heartening to hear that Calcutta’s heritage list, which has been lying dormant and unchanged since 2000, is finally set to be updated by the Calcutta Municipal Corporation. The inordinate delay notwithstanding, the revision is a welcome move, as it will add greatly to the representational nature of the list with the inclusion of more structures of cultural, economic and historical value. It is no secret that in spite of its diverse culture and history, Calcutta, much like other Indian cities, is known for doing precious little to preserve and protect the remnants of its past. This disregard has been amply reflected in the apathetic response to conservation; as recently as 2018, the old Kenilworth Hotel was razed to the ground after its heritage status was quietly downgraded. Well before that, the exquisite Darbhanga palace on Chowringhee was demolished; in its place today stands Calcutta’s ‘tallest building’, promoted by the same consortium that acquired and demolished the old Kenilworth Hotel.

In the light of this, it is reassuring that the practice of downgrading heritage buildings without public knowledge is set to end and, more important, public participation is to be made a significant part of the municipal framework of conservation activity. In this case, archivists, heritage enthusiasts and activists will be able to identify not just mansions but also entire precincts within the city that deserve to be preserved for their unique cultural and historical dimensions. This kind of cohesion and dialogue between administrative bodies and experts is rare in Indian policy-making; and yet, it is crucial for firing up the bureaucratic imagination to transcend established codes of conservation. After all, heritage is a fine mesh of the tangible with the intangible. It is an endangered space where old buildings and edifices jostle for survival along with cultures and livelihoods. This ecosystem is in dire need of regeneration. Calcutta’s Chinatown, a vibrant but marginalized hub, is a case in point. There is an added advantage to this nimbler comprehension of heritage. The preservation of livelihood, integral to heritage precincts, could, in turn, strengthen local — neighbourhood — economies, bolstering public mobilization to demand conservation. Heritage then can turn truly participatory and democratic.

This momentum must be widened in its scope. The burgeoning vision of heritage preservation must expand to districts and villages. Apart from Serampore or Chandannagore, places such as Tamralipta and Chandraketugarh — from where there is archaeological evidence to suggest a sea-faring history of the region’s people — as well as Bengal’s crumbling terracotta temples must be brought within the ambit of a collective culture of conservation. The future of heritage and its protection in India rely on enterprises that are modern, well-funded and truly participatory in character.