Hurry up: women in Army 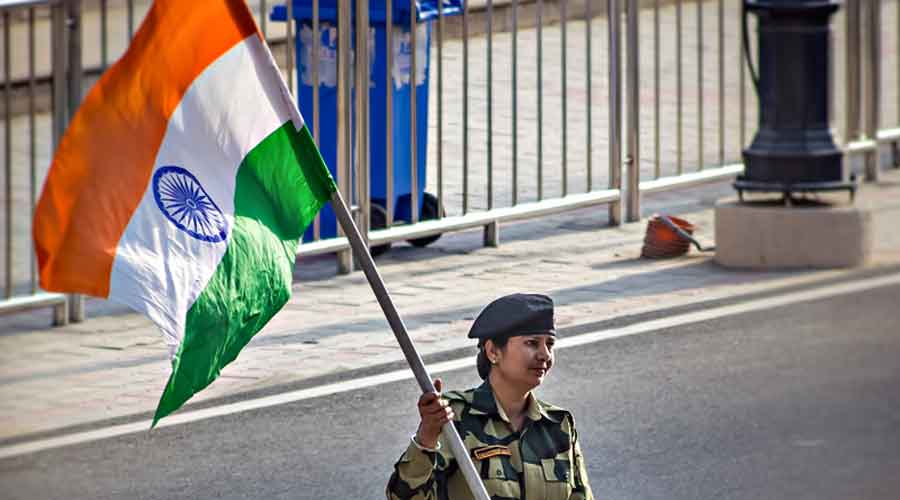 The government believes that male officers would not want to ‘accept orders’ from women; that the ‘inherent physiological differences’ between men and women render the latter unfit for performance on a par with men
Shutterstock
The Editorial Board   |   Published 13.07.20, 12:10 AM

The obstacles on the path towards equality in India are many. The patience of people and institutions working towards achieving it is thus bound to run thin. The Supreme Court had to remind the Centre, once again, about its landmark verdict earlier this year — it enabled women officers in the army to get permanent commission and command postings — by granting the Union defence ministry not more than one more month to implement the verdict. In spite of having had time since February to carry out the apex court’s order, the authorities — unsurprisingly — had been dragging their feet; the defence ministry even asked the court for a further extension of six months citing the pandemic and the lockdown as reasons for the delay. It would not be unreasonable to be sceptical about the ministry’s lethargy. The unwillingness to grant women command positions in the army had been made clear in its regressive arguments in February. Among other things, the government believed that male officers would not want to ‘accept orders’ from women; that the ‘inherent physiological differences’ between men and women render the latter unfit for performance on a par with men; and that family responsibilities and pregnancy would result in ‘prolonged absences’, thereby preventing women from meeting the ‘hazards of service’.

The apex court, in its wisdom, has made it clear that such spurious arguments cannot be allowed to stall structural changes. It is a pity that the judiciary had to intervene to remind the executive of its job. The Centre’s diffidence in making the army gender-representative has echoes in the stalling of other equitable policies: even though the ‘intent’ to pass the women’s reservation bill is expressed before each election, the bill has been languishing in the Lok Sabha for over 10 years. Deep-rooted societal prejudices are one explanation for such delays. The resultant misogyny blights several institutions — the army seems to be equally vulnerable — even though it is known that a better gender ratio in the workforce enhances productivity. The other causal factor concerns the minimal representation of women in policy-making positions. While the apex court has shown the way, doing away with such prejudice in the Indian context can only be a long-term project. Raising awareness in a sustained manner, mobilizing public opinion, a receptive government and enlightened legislations could make a difference.

Women in the army