Ayodhya has become unforgettable for reasons of deliberate divisiveness, not unity 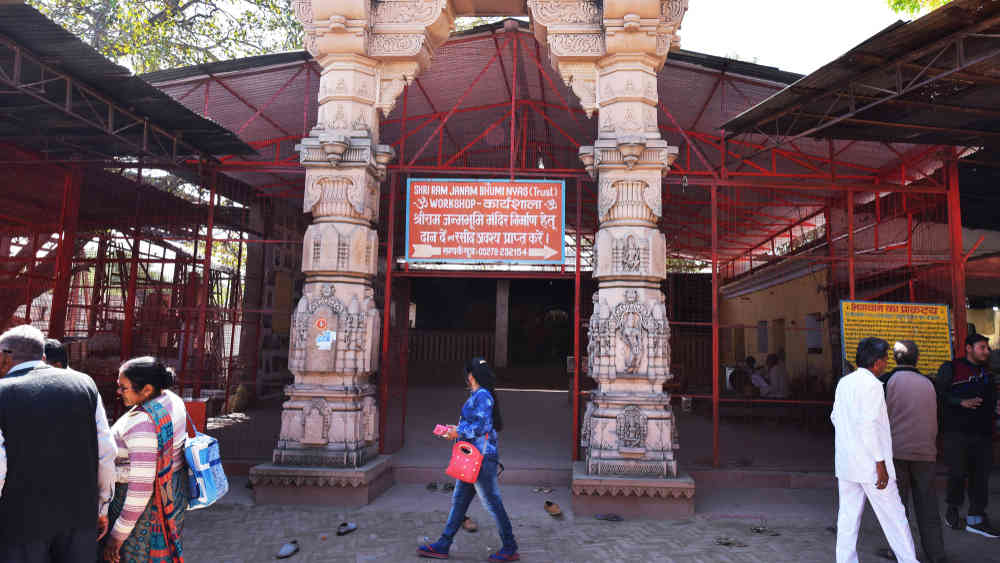 A lucky mascot deserves ardent dedication. So the Bharatiya Janata Party’s plans for Ayodhya are bigger than those for any other city so far. According to the prime minister at a recent review of these plans, Ayodhya is being developed as a spiritual centre, a global tourism hub and a sustainable smart city. Perhaps the burgeoning of Ayodhya is expected to obliterate the blood, sweat and tears of the Babri Masjid-Ram Mandir dispute, the destruction of the mosque and its painful aftermath. Otherwise, the prime minister’s remark that Ayodhya should manifest the finest of traditions — did he mean India’s or the BJP’s? — and the best of developmental transformations would be riddled with irony. The most striking transformation has been achieved by the destruction of the structure on the site where the Ram temple is being built. Could that be the finest tradition? The prime minister described Ayodhya as spiritual and sublime; to establish its spiritual status, enormous material investments are being made to develop infrastructure for better communication — airport, railway station, roads, river banks — and a greenfield city with space for ashrams, maths, hotels, lodgings for devotees and so on.

The prime minister’s paean to Ayodhya was well-timed. The Shri Ram Janmabhoomi Teerth Kshetra Trust, in charge of the funds to build the temple, is facing allegations of shady land deals and misuse of funds from certain Opposition parties as well as from some mahants, three of whom had been party to the Ram Janmabhoomi land dispute case. There is a rising demand for official investigation and a transparent rendering of accounts: the funds came from devotees countrywide. Earlier there had been complaints about deception in funds collection: persons posing as authorized collectors had apparently made off with people’s contributions. The glory of the Ayodhya-to-come visualized by the prime minister may perhaps erase all this sordidness but this represents, ironically, those traditions that Indians recognize most easily. At the bhoomi pujan last August, the prime minister had said that Ram belongs to all. In the same vein, he proclaimed this time that Ayodhya is etched in everyone’s consciousness. He may have been indirectly urging people to envision India as a single religio-cultural entity. But Ayodhya has become unforgettable for reasons of deliberate divisiveness, not unity. The prime minister may have been right — for the wrong reasons.