Advertisement
Home / Opinion / The art of burying the truth

The art of burying the truth

The longer we delay, the stronger the Chinese get, not the other way around 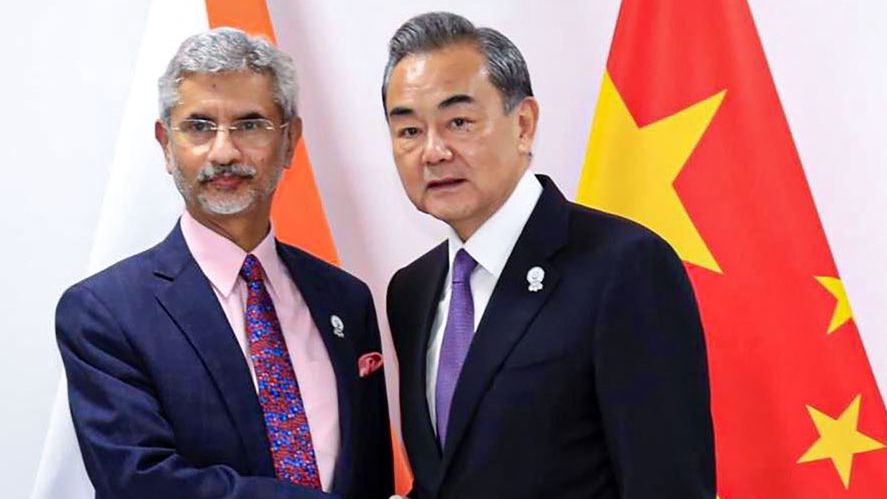 It is doubtful whether Jawaharlal Nehru ever read Joseph Heller’s Catch-22, that wickedly funny and ultimately sobering novel set in wartime Italy, published a year before India and China went to war in 1962. In it, Doc Daneeka, who explains The Catch, had a corner office with a waiting room decorated with the finest cheap furniture and a single goldfish, which died before the war exploded and Doc Daneeka got drafted. But his showpiece — rubber models of reproductive organs of both sexes — he kept in separate cabinets in order to avoid a scandal, demonstrating effectively that you could never be too careful. This is the same prophylactic impulse that informs the secrecy surrounding the official documents pertaining to the 1962 boundary war with China that began 58 years ago.

As they each dealt with the Chinese, how many defence ministers or foreign ministers or prime ministers do you think have read the Henderson Brooks report — it allegedly details egregious failures — a copy of which is kept under lock and key in the Directorate of Military Operations? In this background, consider the remarks made by the foreign secretary, S. Jaishankar, prefacing the release of his book, The India Way: Strategies for an Uncertain World. Acknowledging that the situation in the border areas was the most serious crisis since 1962, he told his interviewer, “If you look back over the last decade, there have been a number of border situations — Depsang, Chumar and Doklam. In a sense, each one was different. This one surely is. But what is also common is that all border situations were resolved through diplomacy.” Almost as an afterthought he conceded that diplomatic and military channels “work in tandem”. The afterthought is subliminal, almost as if the mandarin axiomatically suspects the bravado the military man exudes does not conform to the reality the soldier is rooted in.

Let us examine the proposition Jaishankar makes. If diplomacy had succeeded in the last 58 years, then the China-India boundary problem would have been resolved. Second, if diplomacy had succeeded as it has been claimed, then how is it that China has violated all five agreements, the basis of management of boundary areas, without firing a single bullet? If you string together the incursions undertaken by the Chinese, including the ones that the foreign minister mentions in the last 10 years — the ones at Depsang, Chumar, Doklam — how can repeated incursions, whatever the variations among them, be termed as a success of diplomacy? Even in the current stand-off, extensive as it is and destabilizing as well, so far we have only seen a failure of diplomacy. De-escalation is a function of diplomacy and disengagement essentially a military outcome of de-escalation. What we are witnessing in Galwan and other areas is the continued failure of de-escalation. Going by the logic that has been presented, the more often the Chinese ingress, the more often the situation is resolved, the more successful diplomacy becomes?

This is a classic aspect of Catch-22. The central catch in Catch-22 is the predicament of Yossarian, a bombardier convinced the war is going to kill him and he has to plead insanity to cry off bombing missions that increase the chances of his being killed in the war. The catch is, as everyone knows, anybody who wants to get out of combat duty isn’t really crazy, therefore fit for combat. Just as Yossarian is condemned to repeat his increasingly suicidal bombing missions, applied to the India-China boundary experience, it would mean that the Chinese have a right to do anything we can’t stop them from doing after they have done it because diplomacy will solve it. It also means that they will not stop from doing something they have already done before — for example, their changed stance on Tawang and areas in Arunachal Pradesh they refer to as “South Tibet”. After 22 (note that number) rounds of talks between the Special Representatives, what we get is more incursions in Galwan, Pangong Tso. What really stares us in the face is the cumulative failure of diplomacy and leadership that is sometimes audaciously paraded as success because of the opacity and secrecy that surround our intermittent military situations. Suppressing information leads to poor strategic culture and encourages weak tactical outcomes and endless repetitions of the failures arising from the lack of appreciation of what really happened. It is a pity that even for the Sumdorong Chu stand-off in the mid-eighties, we don’t know, some 35 years later, what happened over the eight years it lasted. The negotiations records are with the ministry of external affairs, the military records are in the Directorate of Military Operations, to prevent a scandal. And never the twain shall meet. What, as citizens, we will be treated to will be hand-me-down gossip, unconfirmed hearsay, fractional truths, skewed assessments from unnamed sources and bloated self-assessments from the occasional bureaucratic reminiscences, and left to draw our own pitiful conclusions. If more vitriol needs to be poured on, say, Nehru, one way to do it is to release the Henderson Brooks report. Why not do it for the politics of it? At least it will serve a strategic purpose. The longer we delay, the stronger the Chinese get, not the other way around. By letting their military do the diplomacy, at least they don’t put the cart before the horse.