People around the world, and in India especially, are notorious for wasting water 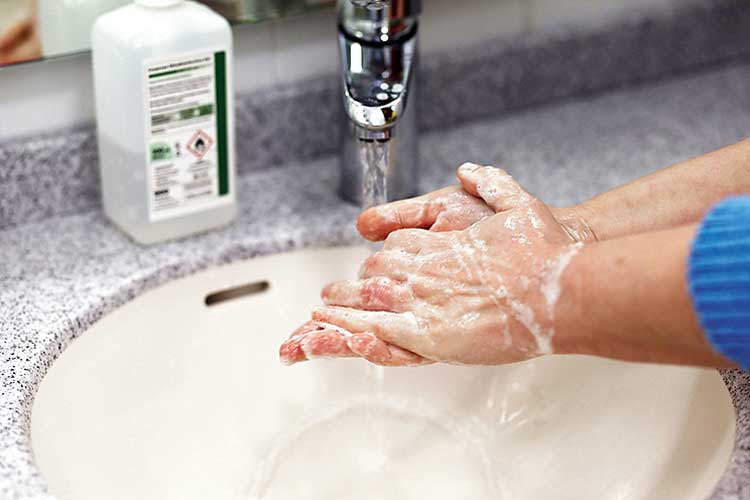 Sir — In the midst of the global spread of a new disease, one of the precautionary measures being advised is the regular washing of hands with soap or handwash for around 20 seconds. However, this instruction should be accompanied with the warning not to keep the tap running for the duration of the soap application. People around the world, and in India especially, are notorious for wasting water; this is hardly a luxury we can afford during a growing climate crisis and water shortage in the country. While our hands should be thoroughly cleaned, people should take care to avoid unnecessary water wastage in the process.

Sir — The manner in which the Indian women’s cricket team was outclassed by the Australians in the final of the recently-concluded Twenty20 World Cup was worth watching (“Nightmarish end to dreams”, March 9). The Aussies beat the Indians by a significant 85-run margin. This was perhaps the only match during the tournament in which India did not get its act together; it failed miserably in all departments of the game.

After winning the toss and deciding to bat first, the Aussies started on an aggressive note, making the Indians’ already-lacklustre bowling attack look even worse. There were a couple of dropped catches, and none of our bowlers succeeded in tightening the screws on the Aussie openers, Beth Mooney and Alyssa Healy. The opening partnership took the game away from the Indian team. The fact that India managed to score only 99 speaks volumes about its lack of training to perform in such high-pressure situations. It was clear that the team did not have a strategy or a proper game plan to take on the mighty Aussies.

Much of the credit for India winning the previous matches in the tournament should go to its young and immensely talented opener, Shafali Verma. On the other hand, seasoned players like Smriti Mandhana and Harmanpreet Kaur consistently failed to make an impression in the tournament. Poonam Yadav was the only Indian bowler who showed promise and sparks of brilliance during the World Cup.

Sir — The way in which Australia defeated India at Melbourne was shameful for us. The Indians were in a disarray from the beginning of the match in spite of being favourites during the whole tournament. They could not hold on to their winning streak in the match that mattered most. Steady batting by the Australian openers, Beth Mooney and Alyssa Healy, helped their team reach a total of 184 runs. Our bowlers could not maintain their line; they essentially failed to break the opening partnership. Moreover, our players fell like a house of cards.

The Aussies deserve accolades for winning the T20 World Cup for the fifth time. The Women in Blue will have to work harder to avoid such situations in the future. It is the job of the Board of Control for Cricket in India to provide the women’s team with better training facilities.

Sir — The Australian women’s cricket team must be congratulated for their fifth World Cup victory and for beating a talented team like India. On the day of the final, the Aussies were the better players in all departments, especially fielding and catching. But the Women in Blue should be given credit for excelling during the pool stages to be at the top of their group and qualify for the finals. Shafali Verma’s batting as an opener was praiseworthy.

It is ironic that even our spinners could not contain the Aussie openers, who benefited from dropped catches which proved the truth in the saying, ‘catches win matches’. India definitely suffered from the absence of an experienced leader like Mithali Raj. However, in spite of the final result, we should be proud of the women, who reached the final with ease.

Sir — The memory of the loss at the hands of Australia in the T20 World Cup final will be hard for the Indian team to forget. Alyssa Healy, who made 75 runs, was dropped on the fifth ball of the innings by Shafali Verma off Deepti Sharma; Beth Mooney — she made an unbeaten 78 — was dropped on a caught-and-bowled opportunity by Rajeshwari Gayakwad in the fourth over. Healy and Mooney went on to share 115 runs in 11.5 overs for the opening wicket to give Australia a flying start. When will our team learn that catches win matches?

India also got off to a dismal start, losing the in-form opener and tournament sensation, Shafali Verma, in the first over. The wickets kept on falling as Jemimah Rodrigues, Smriti Mandhana and the captain, Harmanpreet Kaur, who struggled with the bat throughout the tournament, departed in the first six ‘power play’ overs. One hopes India will learn from this loss and bounce back at the next World Cup.