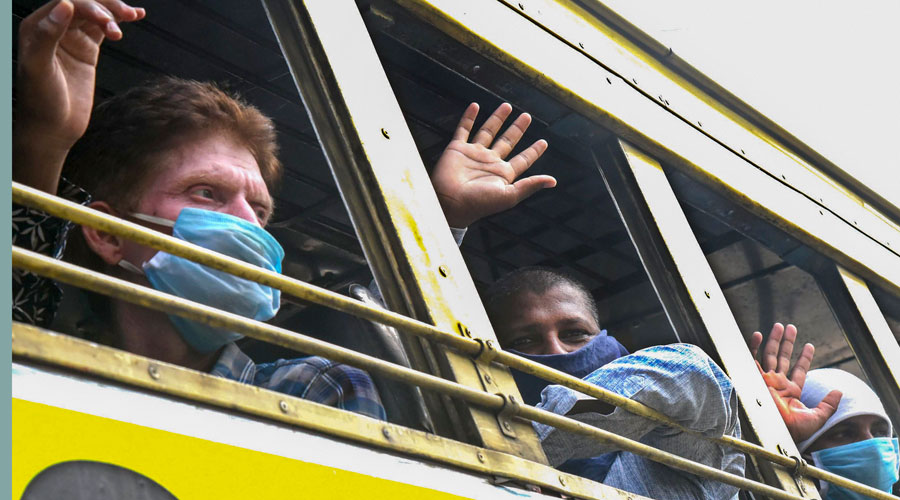 It is equally important to understand how the ‘body’ of the citizen — the afflicted body, the body as a potential virus-carrier, or even the dead body — has become a site of control and the imposition of power by the State.
Representational file picture
Shaoni Shabnam   |   Published 13.07.20, 12:09 AM

That India’s healthcare system is failing its citizens during the current Covid-19 crisis is evident. Interestingly, what the raging pandemic has exposed is the expansion of the ‘biopower’ of the State in controlling the lives of citizens. Michel Foucault had used the concept of ‘biopower’ in the 1970s to refer to a mode of political rationality that justifies the administration of the population as subjects and the subjugation of their bodies “to ensure, sustain, and multiply life, to put this life in order” (Foucault, 1976). According to Foucalt, biopolitics and biopower have emerged as formidable forms of governance and modes of subjectification exercised by the modern State. There is nothing surprising about the fact that a pandemic will raise concerns about biopolitics. What is ironical is that the State, while failing to protect citizens from a contagion, is indulging in the unrestricted use of biopower at its disposal.

The paranoia around the spread of a disease has been exploited to introduce new laws and administrative protocols that cannot be questioned. A robust critique of the failure of the policy of lockdown has already emerged. It has pointed towards the unplanned nature of the lockdown and its haphazard implementation by the Central government. There is concern that the lockdown was not tailored to the Indian context or to the needs of the people.

Did the lockdown represent a form of malpractice of governance? Can such an intervention be perceived through the concept of biopower? The lockdown exposed the differential vulnerabilities of India’s citizens. It also revealed a situation in which the State seemed to have acquired the right to inflict abysmal misery on, or even take away the lives of, migrant labourers in lieu of an assurance of safeguarding the health of the people. But who are these people whose lives the State promises to save in a nation where the victims of the lockdown are in the majority?

It is equally important to understand how the ‘body’ of the citizen — the afflicted body, the body as a potential virus-carrier, or even the dead body — has become a site of control and the imposition of power by the State. The pandemic has opened up a whole new set of governmental practices of compartmentalization of the lives of people that has even led to, in some cases, citizens being unable to mourn for the loved ones they have lost. The question is this: if the State fails to provide adequate healthcare facilities for the ailing body, does it have an unconditional claim over the body of the dead? Is there then any space left to delimit the boundaries of State intervention vis-à-vis personal choices and decisions?

When a democracy exercises the politics of biopower in its most insidious form during a crisis, how do citizens question the government and its policies? Gatherings and collective demonstrations on the street are now ‘illegal’. The scope for public intellectuals to express dissent through the media, which have traditionally been an effective platform for voicing protest and shaping public opinion, is now severely constricted. Does that mean that Covid-19 has provided the State with a perfect opportunity to deepen its authoritarian roots?