Marked out: Growing crimes against Dalits

According to the latest NCRB report, there were nearly 46,000 crimes against scheduled caste members in 2019, up by 7 per cent from 2018 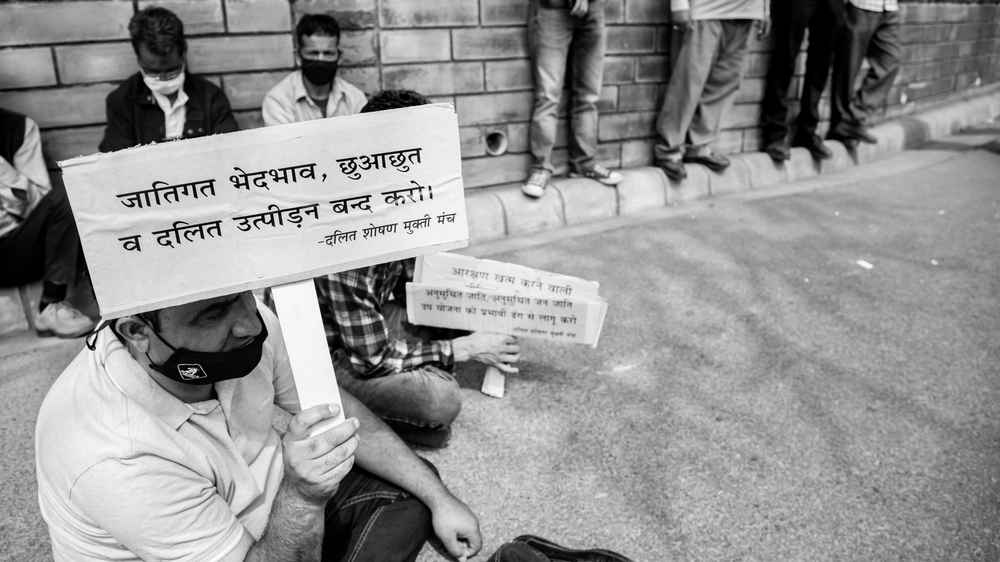 September 16, 2020: A protestor sitting on ground while holding a placard during a protest held by people of dalit community outside the HP Vidhan Sabha.
Shutterstock
The Editorial Board   |   Published 06.10.20, 02:06 AM

The National Crime Records Bureau data present a picture of trends in criminality. It has to be assumed, though, that many crimes are not reported, especially those against women and against those less privileged. Even then, if the scale of crimes against women suggests that much of Indian society is misogynistic, what do growing crimes against Dalits suggest? According to the latest NCRB report, there were nearly 46,000 crimes against scheduled caste members in 2019, up by 7 per cent from 2018. Nine states accounted for 84 per cent of these crimes, although they have 54 per cent of the Dalit population. Of these, Rajasthan has the highest rate of crime per scheduled caste population although Uttar Pradesh is highest in absolute numbers — 11,829. Rajasthan also leads in the number of rapes against Dalit women, while UP and Madhya Pradesh follow. But Madhya Pradesh leads in the rape of tribal women, as well as generally in crimes against members of the scheduled tribes, followed in the second instance by Rajasthan. Crimes against tribal people have risen by 26.5 per cent in 2019 over the previous year.

This superficial, if grim, analysis is enough to uncover shameful realities not just of governance but also of continued — and enacted — social oppression. The statewise breakup of data indicates the regions in which such oppression is built into everyday life; a year-by-year analysis and a close study of the crimes could offer ways of correction. But is anyone in power interested in that? The complicity of the dominant sections of society with the political regime is reflected in the fact that cases under the Scheduled Castes and the Scheduled Tribes (Prevention of Atrocities) Act have a pendency rate of 94 per cent. But that is hardly surprising: the government’s casualness manifests itself most clearly in the lack of chairpersons in the three national commissions — of scheduled castes, of scheduled tribes and of safai karamcharis — for months now. The attitude is shared. The Uttar Pradesh Commission for Scheduled Castes and Scheduled Tribes has had no chairperson since November 2019. That may seem strange in a country strident about reservations. Whatever the Constitution might have intended, politicians have turned reservations into just a vote-winning tool that has nothing to do with educating society and changing attitudes.