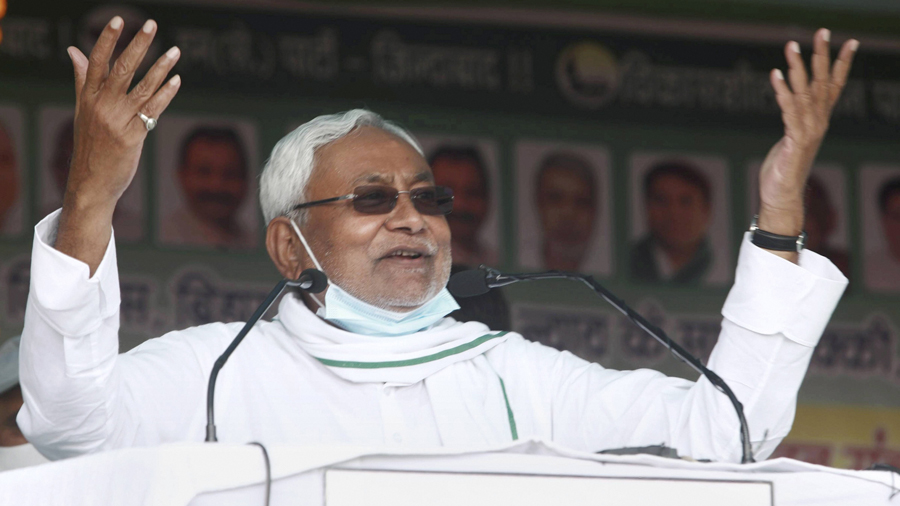 Every electoral contest in India begins with tall promises by political parties. The Bharatiya Janata Party reached new heights — or depths — before the assembly elections in Bihar. The first promise on its manifesto is free vaccines for Covid-19 when they are available. In response to the Opposition’s outrage regarding the carrot of ‘vaccines for votes’ — what happens to the rest of the country? — the BJP said it was a policy to keep Bihar safe. The argument over whether the promise amounts to ‘bribery’, forbidden by the regulations of the model code of conduct put in place with the announcement of election dates, or a permissible promise in a manifesto is irrelevant. It is a question of ethics. Sticking to the letter of the model code’s regulations does not necessarily honour their spirit. Tejashwi Yadav, heading the Opposition’s Rashtriya Janata Dal, is running a fairly down-to-earth campaign based on development instead of the RJD’s usual representational one. He promises 10 lakh jobs, with a breakup of employment spheres, vacancies, new positions and of the funds necessary. In the National Democratic Alliance, Nitish Kumar’s Janata Dal (United) promises skills development and women’s empowerment while the BJP has trumped Mr Yadav with 19 lakh jobs on offer, with special emphasis on the medical sector, which was given a boost recently by the founding of an All India Institute of Medical Sciences by the prime minister. The RJD’s ally, the Congress, has income-based promises, while the Chirag Paswan-led Lok Janshakti Party, against Nitish Kumar but clearly sweet on the BJP, promises a web portal where job seekers can contact potential employers.

Bihar’s unemployment rate is alarming, and has worsened during the pandemic. This alone is enough to expose the populism behind the parties’ promises: if so many jobs are possible, why are people jobless? While the flouting of ethics is most flagrant in the BJP, none of the other parties is blameless. Neither is this the first time this is happening; it happens before every state and general election. Perhaps the model code of conduct should be made more specific regarding ‘corrupt practices’ and permissible promises. And perhaps political parties could be directed to release their manifestos before the announcement of poll dates. Manifestos are expected to be constructive and rational, not exercises in competitive populism.