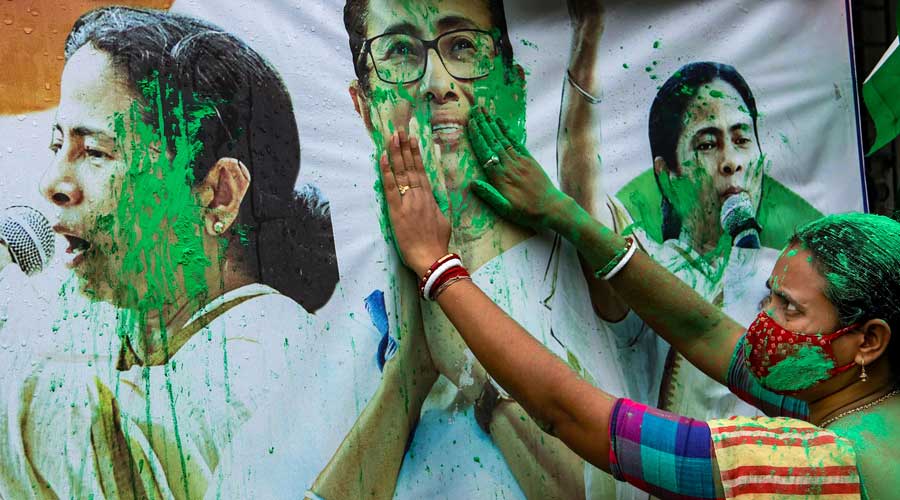 Ignorance is not bliss

Sir — Within minutes of its release, the third season of the Netflix show, Sex Education, entered the list of top 10 most watched programmes in India. This might actually teach Indian teenagers things that schools and society do not. In fact, the chapter conspicuous by its absence in the new National Education Policy is the one on sex education. This assumes importance in light of a recent UK study that shows that sexual violence — on the rise in India — is directly proportional to a lack of sex education.

Sir — The chief minister of West Bengal, Mamata Banerjee, has won the bypolls with a thumping majority from the Bhowanipore constituency. Although this was a foregone conclusion, the thing to watch out for was the margin of her victory. By yesterday evening, she was already leading by more than 58,000 votes — an all-time record — signalling a crushing defeat for the Bharatiya Janata Party. But more important is the Trinamul Congress’s dominance in the Jangipur and Samserganj constituencies — this shows that the people of Bengal are unequivocal in their rejection of the BJP.

Secular India takes strength from the results in Bengal. Banerjee is also a prominent leader on the national political stage. She respects pluralism and the Constitution; this makes Banerjee a good prime ministerial candidate.

Sir — The fact that Mamata Banerjee increased her victory margin considerably since the last election goes to show that the BJP has ceded some ground in Bengal. But the victory should not make Banerjee or the TMC complacent. In fact, it was the results of the last Lok Sabha elections in Bengal that had delivered a jolt to the TMC leader. But given her political acumen, Banerjee was quick to respond and take corrective measures. There are bigger battles ahead and Banerjee should recall the fate of the erstwhile Left government if she feels complacency slipping in.

Sir — The BJP did not expect to win Bhowanipore, which has long been Mamata Banerjee’s fief. Yet, it did try to send a message by flying in heavyweight Union ministers like Smriti Irani and Hardeep Singh Puri to campaign for its candidate. Yet, the margin of over 58,000 votes proves that the BJP has failed terribly in dividing the people of Bengal — it tried to provoke the Sikh and Hindu residents of the area against Banerjee.

Sir — No one is really surprised at Mamata Banerjee’s victory, especially since she was fighting a political lightweight. While her victory is laudable, only time will tell if more laurels — she is being projected to lead the Opposition in the 2024 general elections — are in store in the future.

Sir — As the reports of Mamata Banerjee’s massive lead started to come in, TMC supporters hit the streets across the state to celebrate her win with abir. The BJP candidate, Priyanka Tibrewal, wrote to the acting chief justice of the Calcutta High Court, Rajesh Bindal, urging him to order the police to take steps to prevent incidents of violence. Given the BJP’s resounding loss, perhaps she should have written to her own party instead.