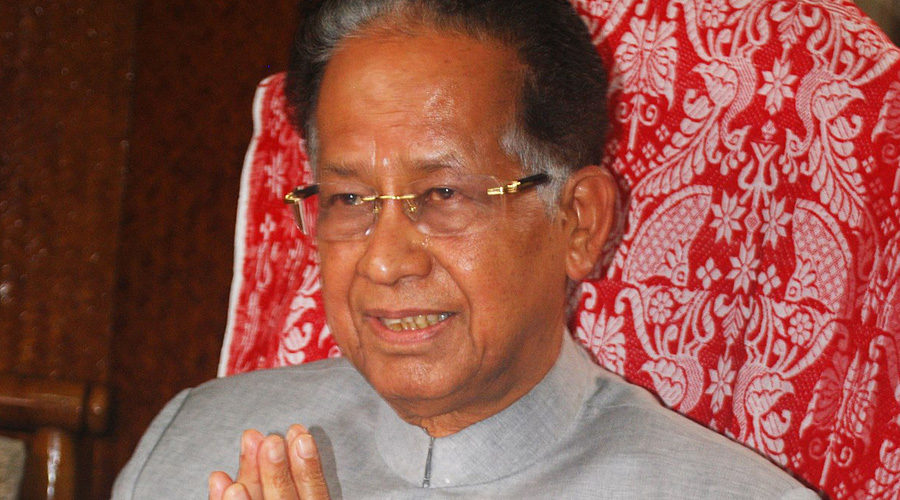 Sir — It was saddening to read about the demise of the former chief minister of Assam, Tarun Gogoi (“CM who made Assam ‘breathe’ after militancy”, Nov 24). Gogoi held office for three consecutive terms and changed the face and reputation of Assam. Under him, the state went from being a hotbed of insurgency to a land of opportunities.

A six-time member of parliament from Assam and twice a Union minister, Gogoi returned from Delhi to politics in his home state in 2001 when he was charged with leading the Congress in the assembly polls against the powerful Asom Gana Parishad-led government under Prafulla Kumar Mahanta. At the time, no one really believed in Gogoi’s abilities. But he led the Congress to a victory. Gogoi made significant changes during the 15 years he was in power, crushing insurgency and putting the wheels of the economy back on track. There were occasional spots of trouble during his tenure, such as the ethnic clashes in Kokrajhar between the Bodo people and the Bengali-speaking Muslim community in 2012. But Gogoi dealt firmly with the situations. With his demise, the Congress has lost a loyal and valuable soldier.

Sir — Tarun Gogoi died recently in Guwahati at the age of 86, and the Congress lost a senior leader at a crucial time. As the head of the Congress unit in Assam for over 50 years, Gogoi was first elected joint secretary of the All India Congress Committee in 1976 under the then prime minister, Indira Gandhi. He later served as general-secretary of the AICC from 1985 to 1990 under Rajiv Gandhi, who was prime minister at that time.

Gogoi served six terms as a Lok Sabha MP from Assam. He first represented Jorhat for three terms between 1971 and 1985. He was later elected from Kaliabor in 1991-96 and then 1998-2002. The Kaliabor seat is currently held by his son, Gaur.

Gogoi’s demise came at a time when the party is facing an internal crisis; the presence of the stalwart could have done a world of good for the resurgence of the Congress. This is why it is not unreasonable to say that the Grand Old Party has lost a tall leader.

Sir — Indian cricket has reeled under the burden of injury problems in the past, and the trend seems set to continue in the series Down Under. Team India are down from the word ‘go’; both Ishant Sharma and Rohit Sharma are injured and, therefore, are unable to play till the end of the year. Their replacements are nowhere near as good as they are. By playing in the Indian Premier League, these talented cricketers sustain injuries. With the skipper, Virat Kohli, bowing out of three of the four scheduled Test matches on account of a paternity leave, the men’s team looks rather weak in both batting and bowling.

Ishant Sharma’s rich experience in bowling with the new ball has been an advantage for Team India over the years. Moreover, Rohit Sharma’s new-found form in opening the batting has been giving the Indian squad a head start. His absence in New Zealand was felt very strongly; India lost the Test series 0-2 to the Kiwis in the latter’s backyard. The fitness of Indian players during overseas tours has often been found wanting; this has cost us many Test match victories in the past. Is it possible for Team India’s fortunes to be reversed this time?

Sir — Given that nations around the world are facing new waves of Covid-19 infections, any kind of contact between human beings is becoming riskier by the day. In the light of this, it was heartening to read that an inventor in Egypt, Mahmoud el-Komy, is testing a remote-controlled robot that can test patients for Covid-19, take their temperature and warn them to wear masks. The fact that the robot has a human-like face might even put patients at ease, given that the presence of machines in hospital environments can be unnerving for many people. This is a great way to conduct testing without healthcare workers having to come into direct contact with patients.