It cannot be denied that the muffling of dissenting voices, be they of the media or conscientious citizens, is increasingly common under Mr Modi’s watch 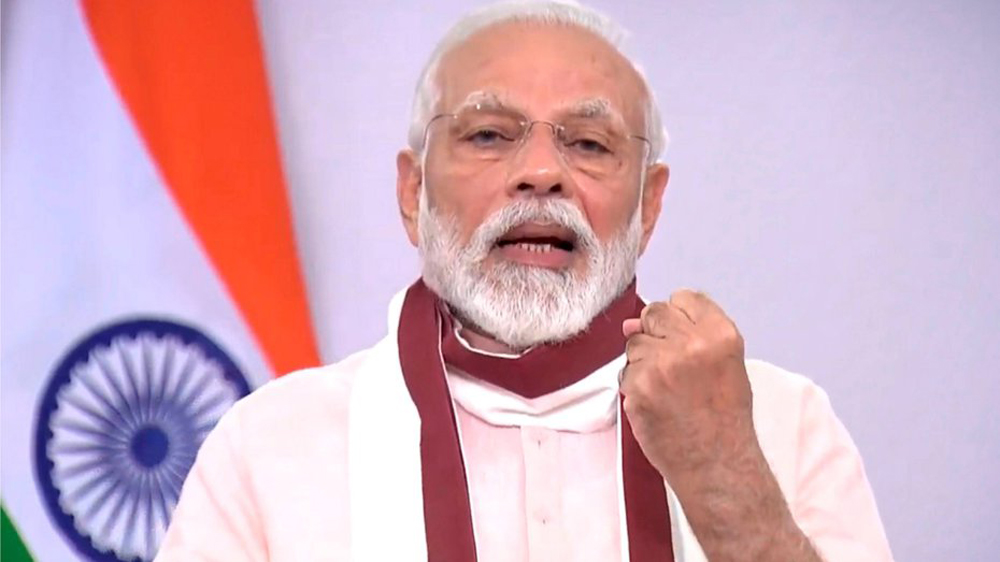 Prime Minister Narendra Modi. An overwhelming number of citizens of countries like Modi's India are in favour of charismatic, but regimental, leaderships
(PTI file photo)
The Editorial Board   |     |   Published 28.05.20, 09:07 PM

Leading the world is a desirable goal. But being the leader of the global pack may not always be an accomplishment. Consider the following — disheartening — fact. India, a report filed by an independent research project undertaken at the University of Gothenburg claims, is powering the surge in authoritarianism around the globe. Apparently 92 countries, cumulatively accounting for 54 per cent of the world population, are no longer democratic, both in letter and spirit. These nations are not exactly featherweights in terms of their economic and political clout. The “third wave of autocratization”, the report alleges, has, for instance, claimed most of the G-20 block along with Brazil, Turkey, the United States of America and India — the last two nations have traditionally been considered the sentinels of democracy. The bad news keeps pouring in. The standard of democracy in Central Asia and Eastern Europe has fallen to that of the post-Soviet era; Latin America’s regression on the democratic charter has been discernible too.

The findings are significant in, at least, two ways. They prove, for instance, that elections cannot be considered to be the only marker of a stable and functioning democracy. Many of the countries that have taken a decisively anti-democratic turn — Narendra Modi’s India has expedited this process in the last decade — continue to have relatively free and fair polls. The study also reveals the shared modus operandi of democracy’s destruction. One of the first signs of authoritarianism — New India would perhaps agree — is a sustained assault on the freedom of the media accompanied by the whittling down of the space for civil society. It cannot be denied that the muffling of dissenting voices, be they of the media or conscientious citizens, is increasingly common under Mr Modi’s watch. Archaic laws — the charge of sedition — and other inventive forms of intimidation quite often do the trick. Strangely, the report skips a crucial element in its dissection of democracy’s retreat. An overwhelming number of citizens are in favour of charismatic, but regimental, leaderships. This undeniable public endorsement for the supreme leader — India, the US, Turkey, Brazil, Hungary have one each — must be analysed dispassionately. The growing, global economic and social chasms must count as one of the factors that facilitate their ascendancy. It is possible that they would continue to be in a position of authority till the world manages to address inequalities.

Below radar: concern over democracy