DELHI DIARIES: In Tripura, a royal strike; in Bengal, BJP at receiving end of 'pawri' jibe 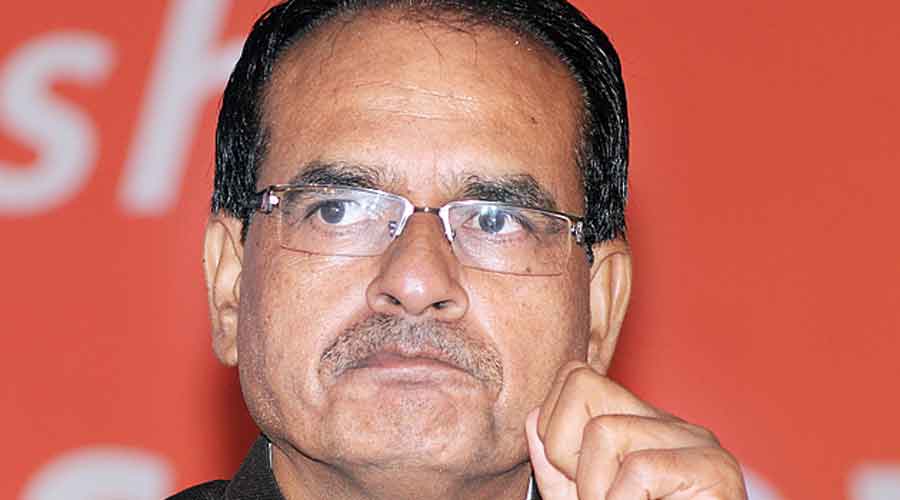 The Madhya Pradesh chief minister, Shivraj Singh Chouhan, has been repeatedly betraying his desperation to make his loyalty to the current regime at the Centre known. He was once seen as a competitor to Narendra Modi, who was then the CM of the neighbouring state of Gujarat. If Modi was a popular three-term CM, so was Chouhan, or Mamaji, as he is popularly known. Chouhan would not dare to recall the memory of those days; now, he is time and again heard eulogizing Modi. The governor’s customary address on the opening day of the budget session in the Madhya Pradesh assembly had 10 references to the PM. When the leader of the Opposition, Kamal Nath, pointed it out, Chouhan hit back. Taking Modi’s name was a matter of pride, he said. “If Narendra Modi is Lord Ram then Amit Shah is Lord Hanuman,” Chouhan had remarked last month to emphasize how no power can stop the implementation of the contentious Citizenship (Amendment) Act. He has come up with many more statements like these; in the Bharatiya Janata Party corridors in Delhi, Chouhan’s transformation is a matter of hushed discussion. However, what has led many in the party to pity him is his new-found eagerness to imitate the Uttar Pradesh CM, Yogi Adityanath. While his government has already followed up on UP’s contentious anti-conversion bill on interfaith marriages, the otherwise amiable Chouhan has also started sounding shrill and polarizing like Adityanath.

The royal scion of Tripura, Pradyot Kishore Manikya Debbarma, who quit as the Tripura Congress chief in 2019, created quite a political flutter recently by announcing the merger of his social organization, the Indigenous People’s Regional Alliance, with two tribal parties, the Tipraland State Party and Indigenous People’s Front of Tripura-Tipraha, to form the state’s largest tribal political party — the Tipraha Indigenous People’s Regional Alliance. That is not all. He also announced that the TIPRA was joining hands with the Indigenous People’s Front of Tripura, an ally of the BJP-led state government, to realize the goal of a ‘Greater Tipraland’, a separate state for the tribal population living in and outside the Tripura Tribal Areas Autonomous District Council. A few days ago, they even held a massive solidarity rally, with the IPFT skipping a meeting of the ruling alliance convened by the BJP.

These developments assume significance because these have taken place in the run-up to the TTAADC polls in May, and are sure to give the BJP a headache that could continue beyond the polls and also put the BJP-IPFT alliance under a lot of strain. All because of the ‘royal strike’ carried out by Debbarma.

National parties have taken to the “Pawri horai hai” meme that originated in Pakistan. It is based on a clip of the Instagram influencer, Dananeer Mobeen, saying, “Yeh humaari car hai, aur yeh hum hai, aur yeh humaari pawri (party) horai hai (This is our car, this is us, and we are having a party)”. Last Sunday, the Trinamul Congress tweeted a photo of a BJP meeting with only one person in the audience, and said, “Yeh @BJP4Bengal hai. Yeh unki jansabha hai. Aur yahaan inki pawri ho rahi hai! (This is the @BJP4Bengal, this is their public meeting. And they’re having a party here!)” On Thursday, the general secretary of the Communist Party of India (Marxist) took a dig at the refurbished Motera Stadium, where Sardar Vallabhbhai Patel’s name has been replaced with that of the PM and the ends are named ‘Reliance’ and ‘Adani’. He tweeted, “Yeh Narendra Modi Stadium hai, yeh iske do Ends hain... aur yeh cronies ki pawri ho rahi hai. (This is Narendra Modi Stadium, these are its two ends... and this is a party of cronies).”

The Kerala state BJP president, K Surendran perhaps didn’t realize he had just shot off at the mouth when he said that his party needed to win just 35 or 40 of the 140 assembly seats in the poll-bound state. When asked why that was sufficient, he quipped that the Congress and the CPI(M) MLAs were there to make up the remaining seats for a simple majority. Little did he realize that he had just spilled the larger plan of his party that has, so far, managed to win just one assembly seat in a state that has continuously rejected it. While his party is certainly waiting to lure lawmakers from the Opposition, like it did in other states, Surendran perhaps didn’t gauge that both the CPI(M) and the Congress would use his slip as an election issue.

While the whole country is worried about the rising cases of Covid-19, the actions of legislators in Bihar, including the CM, Nitish Kumar, the deputy CMs, Tarkishore Prasad and Renu Devi, and all other ministers, belie their claims of concern. Social distancing is a rarity among them; no arrangements for it have been made as has been done for Parliament. Many of them do not even wear masks. Even the Opposition MLAs jostle with each other in the well of the state assembly to demonstrate before the Speaker. And yet, they all discuss the pandemic and express their worry. They also call for people to wear masks.

The temperatures of the MLAs, MLCs, officials and other people entering the assembly premises are not taken. Hand sanitization is not mandatory. Free disposable masks and hand sanitizer on a small desk have few takers. A kiosk to conduct rapid antigen tests is just wishful thinking. Asked about not following pandemic protocols, a senior Janata Dal (United) leader said: “I am not against them. If everybody follows them, I will also do so.” He also took time to preach how Bihar has among the highest recovery rates in the country and among the lowest death rates as far as the virus is concerned.

A Montblanc pen — it could cost anything between Rs 30,000 and Rs 90,000 — was dropped by an MLA in the Bihar assembly, and is yet to be claimed, despite an announcement by the Speaker. The National Democratic Alliance and the Grand Alliance both say someone from the other side owns the pen. But all agree that the claimant could get on the radar of the income tax department, the enforcement directorate and other Central agencies. Perhaps the pen will lie unused for eternity.