Editorial: Use those words 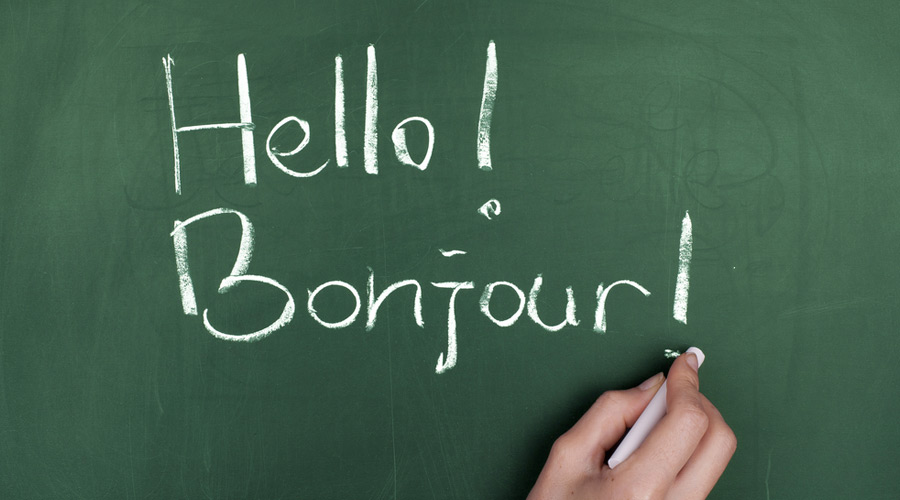 It may be possible to find purity of lineage — of dogs, horses and human beings — but a language purely itself and nothing else is far more elusive. This has not discouraged the stout-hearted protectors of French within the portals of the Académie Française, which was founded in 1635 to keep the language pure. Alarums and excursions are shaking its dignified facade now that it has discovered the havoc the infiltration of English words is wreaking on the French tongue. Overcome by the horror of its ‘degradation’ which is not ‘inevitable’ — why let English in when there are so many French words available? — the solemn defenders refuse to be tickled by the closeness in spelling and pronunciation of ‘purity’ in French and English. They are offspring of the same parent language — is that why passions are running high? The family is fertile ground for high drama. It is not as though French has no other linguistic influences; these vary in various regions according to their history and geography. That is only natural. But the Académie refuses to countenance entries such as ‘big data’ or ‘drive-in’ and numerous others; these lead to poor communication — since not everyone can make sense of English — and may even hurt social cohesion.

The last concern suggests that the ire over the infiltration of English words — intruders in the high-tech sphere have been named ‘Californisms’ — is not entirely free of a political tinge. Not pure concern for purity, that is. For no expert in languages would ever claim an immaculate conception for the tongue of their choice; languages are born from other languages, they travel and change, absorb and reject, move and grow. Imagine English, or Hindi, or, say, Turkish, or any other living language flourishing without constant imports from and exports to the tongues they rub shoulders with. Languages are as dynamic as the peoples who speak them, as vital as the stories they tell and adapt from one another, creating histories and cultures that are never static. People’s sense of identity becomes linked to the tongue with which they understand the changing world.

Does not the Académie’s anxiety to keep French pure spring from this same sense of identity, a feeling of ownership over the mother tongue? Surely too much of identification, too much of a good thing, would freeze the language in its tracks? Digitization and the internet have changed the world; English words and ‘Californisms’ offer enticing shortcuts. Treating such words as the foe might create hurdles in the path of understanding a changing world. Perhaps the Académie is seeking the necessary balance between the linguistic principles of the host language and new entries, hybrid words and coinages. For the notion of a ‘pure’ language is rather slippery, falling between the two stools of scholarship and politics. But it may just be a war of words, after all.