Advertisement
Home / Opinion / Déjà vu, when recurrent, is a symptom of grave illness

Déjà vu, when recurrent, is a symptom of grave illness 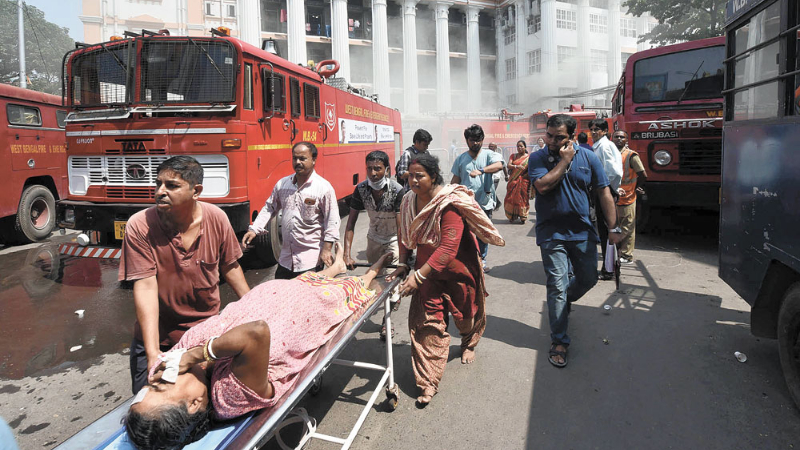 Déjà vu, when recurrent, is a symptom of grave illness. Nowhere is this more evident than in West Bengal. After a fire engulfed a private hospital in Calcutta killing about 90 people in 2011, another such incident has occurred; this time at the second-oldest medical college in India. The fire at the Calcutta Medical College and Hospital came two months after a similar scare at a private hospital in South 24 Parganas. There have been no less than 18 cases of fire in hospitals in the last four years in just Calcutta. So what ails the state’s medical institutions? It is the same disease that grips the rest of India: a combination of bureaucratic inertia and lack of accountability. Shockingly, none of the state-run hospitals in the city reportedly has a valid fire-safety certificate. Why did this come to light only last month, even though the fire at AMRI seven years ago had prompted several safety audits of hospitals? The medical college had apparently filed for a fire-safety certificate in 2016 — which was refiled after the recent revelation of lapse — but the fire services directorate did not conduct an inspection in the two years since. The latter blamed the hospital for not following up, which, in turn, passed the blame on to the public works department, whose responsibility it is to maintain the hospital, which dutifully passed the buck back to the hospital authorities. In the meantime, 250 patients — some of them critically ill — are dealing with the additional trauma of having a close shave with death. One even died, of natural causes if the hospital is to be believed — does this make the fact that moments before his death he was trying to escape a fire any less tragic?

But a déjà vu is not unique to fire incidents any more than fires are restricted to hospitals. Three bridges collapsed in Bengal last month and there was a fire at Bagree Market before the medical college incident. These events seem unrelated, but they are connected by the fact that in each case the authorities knew that these were accidents waiting to happen. Whether it was the risky condition of the Majerhat bridge, the open flouting of building codes at Bagree Market or the lack of fire-safety clearance at the medical college, the administration failed to act on warnings that could have saved lives and property. This failure is exacerbated by bias. Charges were swiftly brought against the owners of AMRI and Bagree Market, no such action has been taken in the case of the medical college, a property owned by the government. The tragedies, then, are symptoms of a seemingly incurable condition: administrative apathy.