Large sections of Indians live with cruelty and fear, whether outside the home or within it 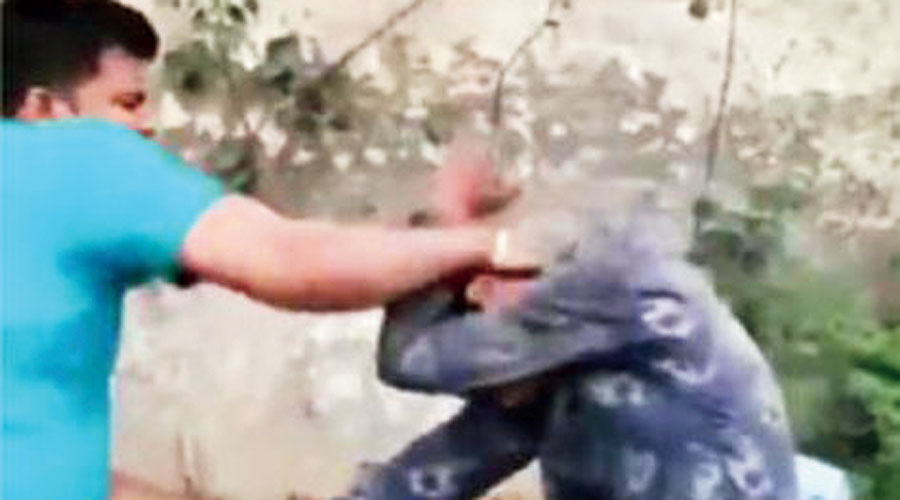 Crime figures and categories provided by the government give a partial, even if alarming, picture. The target, site, background, level of cruelty and aftermath of each crime must be laid out for the whole picture to emerge. That would show that intensely violent incidents have become a part of everyday life in India. A man mercilessly beat up a teenage boy for drinking water from a tap within a temple precinct in Ghaziabad because the boy was from the minority community. The fact that a video clip of the incident was uploaded with expressions of support before it became viral indicates that the practices of hatred are confident and mutually inspiring. The clip led to arrests, but the temple had recently put up a notice warning members of the minority community to keep out, demonstrating how exclusion is being institutionalized at every level.

Neutrality and fairness have grown elusive. A 2019 study by a non-governmental organization and the Centre for the Study of Developing Societies indicated that half the police personnel surveyed showed community bias. Everyday violence is experienced by other groups as well. It is now flourishing, as though dominant sections of society and institutions are thumbing their noses at the law. In 2019, the 46,000 crimes against Dalits showed a 7 per cent rise since 2018. Rajasthan had the highest crime rate under this head but Uttar Pradesh topped the absolute numbers. It is routine: last June, four men shot and killed a Dalit teenager for entering a temple. The law does not matter when the establishment — UP thrives on ‘encounter’ killings — endorses violence. The police themselves were implicated in more than one crime in UP just this month; in one, the father of a rape survivor was allegedly pushed under a truck in their presence. The murder of family members of victims is now common — evoking Unnao and Hathras — while government data show that out of 88 women and girls raped daily, 10 are Dalits even after reported police reluctance to register their complaints. Women in general have grown 44 per cent more vulnerable to rape in the last 10 years. This is apart from the 1.26 lakh domestic violence cases recorded in 2019. Large sections of Indians live with cruelty and fear, whether outside the home or within it.