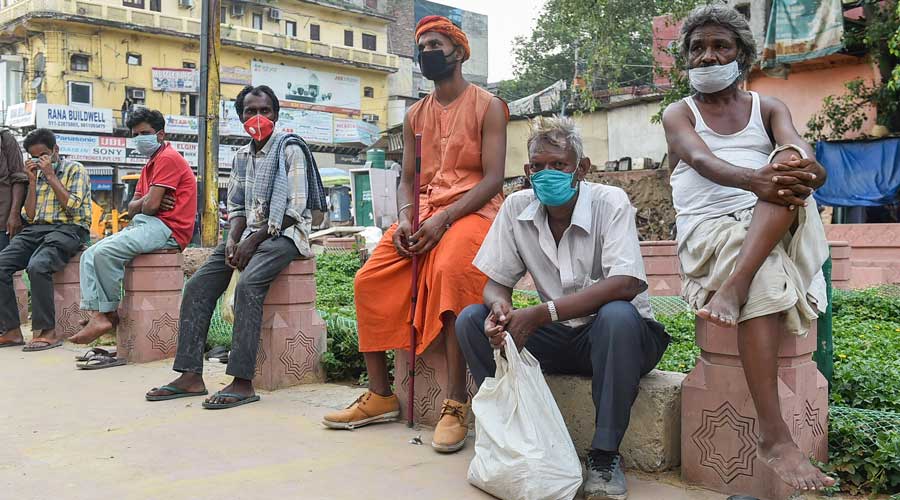 When posterity records its verdict on how a world that boasts of near mastery over nature handled Covid-19, we will certainly be hauled over the coals. History will censure us for a collective failure to preserve human dignity in our fight with the virus. The multiple deprivations inflicted on millions of destitutes, resulting in a tragic loss of self-esteem, will remain an indelible scar on the conscience of the Indian State.

The sight of dead bodies being dumped in a municipal garbage van by our ‘frontline soldiers’ will remain a festering wound in the soul of the republic. Undeserved suffering, redemptive as it is, will hopefully enable us to purposively resurrect empathy, compassion, dignity and justice as sacrosanct values perched at the pinnacle of constitutional rights. The Supreme Court’s suo motu intervention to secure the dignity of the dead and the sick is an opportunity for the court to reinforce its role as a responsive and responsible arbiter of our fundamental values. As the nation interrogates the record of its institutions of governance, the highest forum of justice is expected to assert itself in the advancement of non-negotiable rights of the individual against the State. Since the justification for the court’s expanding remit is an ongoing project, the court must continually vindicate the nation’s trust in its custody of the Constitution. It must stand out as the unfailing ambassador of the vision of our founding fathers. Its decisions should reassure the nation of its capacity to script a constitutionalism that places human dignity at the centre, since “man is the measure of all things”. Indeed, robust institutions draw strength and sustenance from the leadership of men and women of substance who shape them as instruments of national purpose. The destiny of nations, as vouched by history, is in many ways a function of the integrity and selfless strivings of its leaders, baptized in the crucible of an unremitting struggle for a just social order.

The pandemic, which has exposed the limitations of a fractured polity, of a politics enslaved to the seduction of populism at the cost of principle, can be an opportunity to imagine and practise a politics of national renewal. Lurking in the shadow of despair is the hope of a transformative leadership that can engage with the people on the unprecedented challenges of our age. At this watershed moment of our history, we are obliged to nurture leadership that can forge a broad national consensus around the values of a just society and recognize the inequities that diminish us all in the injustices inflicted on the marginalized and excluded. At a time when a new world order is in the offing, the success of India’s aspirations for a seat on the high table of global politics will depend upon the soft power of its liberal values practised at home and the stature of its leadership.

The nation deserves a leadership that can invest “the tissue of every day and hour” with nobility and high purpose. It deserves a politics that enables the powerless to assert their power and mirrors the collective aspirations of a free people for the greatest happiness of the multitude. As long as millions of citizens languish on the margins without hope and future and till such time as divisive, sectarian and communal agenda hold the field, the search for elevating leadership must remain a national imperative. Above all, we need a leadership whose quest to remain on the opening pages of history is driven by a cause larger than the self — confronting, addressing and eliminating injustice in all its forms.

We know from experience that faced with unabating historical inequities, the victims of history will “speak back to the histories of marginalization, oppression and exploitation”. Lest the centre ceases to hold irretrievably, let us mobilize the collective to forge a vigorous social compact. Let us stir ourselves into action for national renewal anchored in a refreshing politics that is not dismissive of idealism as a driving force of history. Now is the time to summon leadership befitting the cause, for “it is not in the still calm of life or the repose of a pacific situation, that great characters are formed”.