The Chinese president, Xi Jinping, warned his American counterpart, Joe Biden, not to 'play with fire' 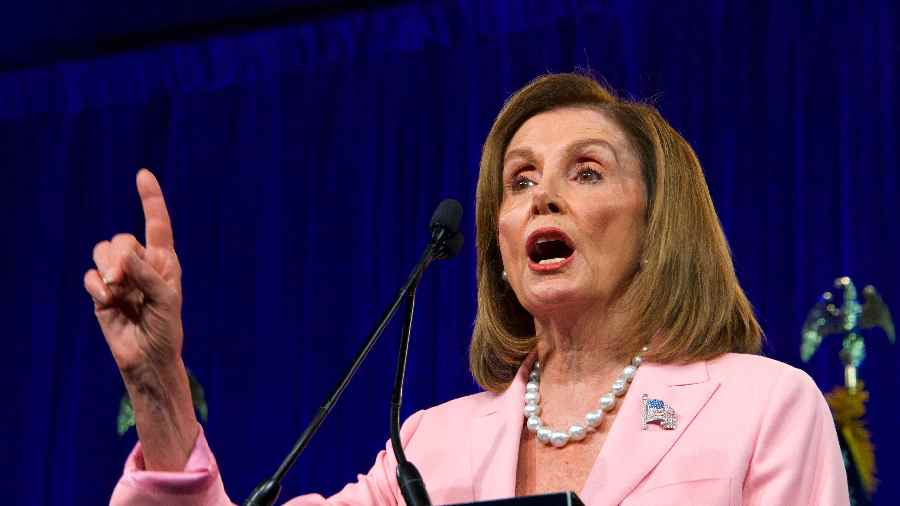 Asia is on edge. The possibility of a visit to Taiwan by Nancy Pelosi, the Speaker of the House of Representatives of the United States of America, has left Washington and Beijing caught in a vicious cycle of threats and defiance that risks bringing the world’s two biggest powers into direct military confrontation. Ms Pelosi, a veteran critic of the Chinese Communist Party, is already on a trip to the continent, and is reportedly contemplating a stopover in Taipei. If she goes ahead with that trip, she would be the highest-ranking US official to travel to the self-governed territory — that China claims — since 1997, when the then Speaker, Newt Gingrich, visited Taiwan. In the US system, the Speaker is behind only the president and the vice-president in seniority. The Chinese president, Xi Jinping, warned his American counterpart, Joe Biden, not to “play with fire”. Beijing has threatened a possible military response if Ms Pelosi flies into Taipei and on Saturday held drills in the Taiwan Strait. Meanwhile, leaders of the Republican Party in the US are egging the Speaker, a Democrat, on while framing the mounting tensions as a test of Mr Biden’s toughness against China.

The heightened rhetoric could limit the options for Mr Xi and Mr Biden to calm tensions. Having warned of consequences, the Chinese leader will appear weak if he does not respond forcefully to what Beijing sees as a provocation ahead of the CCP’s Congress where he needs to defend his record. Mr Biden faces his own dilemma: overt pressure on Ms Pelosi to avoid a trip to Taiwan will spark accusations of kowtowing before Beijing months before midterm elections in the US. But both must recognise that there is far more at stake than their domestic politics. A miscalculation by either side could plunge a world already grappling with the war in Ukraine into an even deeper crisis, ending a seven-decade period of peace over Taiwan. India will suffer too. Any conflict would engulf the South China Sea and Malacca Straits through which more than half of India’s trade passes. As a member of the QUAD, New Delhi would get sucked into the campaign against Beijing.  Yet, as Ukraine demonstrates, Taiwan will be the one that bleeds the most in a proxy war. That would be criminally irresponsible from China and the US. They must pull back. Now.