Conscience is not a force to reckon with among juntas: the manner in which the Tatmadaw has predated upon a fledgling democracy is a case in point 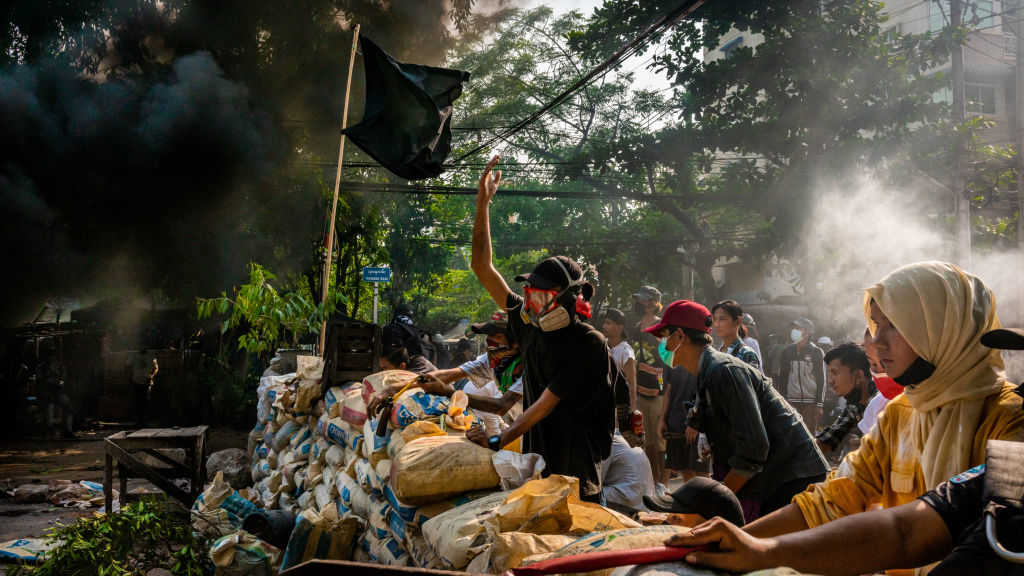 Symbols function as ciphers. The message need not be heartening always. The symbolism of eight countries — India was among them — sending their representatives to attend Myanmar’s Armed Forces Day — a day in which over 100 civilians protesting against the Tatmadaw’s coup fell to military violence this year — will not be lost. The world, at least for now, seems content to look the other way as Myanmar’s military unleashes a brutal crackdown on a civilian movement demanding the restoration of democracy. The global fraternity has, of course, made the usual benign noises. The chief of the United Nations has condemned the bloodshed as have the president of the United States of America and the European Union — but to little effect. After the carnage on Saturday — Armed Forces Day — that saw the death toll climb over 100, the military is reported to have fired upon mourners the following day.

Conscience is not a force to reckon with among juntas: the manner in which the Tatmadaw has predated upon a fledgling democracy is a case in point. Worryingly, the conscientious global fraternity has been found wanting too when it comes to stopping the butchery in Myanmar. What makes this silence — a form of complicity — tragic is that the world order did have some options. The EU has announced sanctions against 11 members of the junta but there is a case to take the punitive steps further by expanding the scope of such sanctions so that they hurt the material interests of the generals. That might soften the blow on the people. These interventions must be accompanied by curbs on trade and development with Myanmar. Regional blocs — the newly-minted Quad can be one such alliance — could also be mobilized to put pressure on Myanmar. It is imperative that the global order uses its leverage on some of its partners — China and Russia are both heavily invested in the supply of arms to the Tatmadaw — so that they, in turn, force the generals back to the negotiating table. The principal reasons for the collective inertia lies in the conflicting relationship that binds the rights and lives of citizens in a distant country to strategic considerations. The world along with New Delhi — the latter has expended capital to smoothen its ties with the junta — must find a way around this difficult balancing act. Till then, it is unlikely for the blood to stop oozing on the roads of Mandalay.