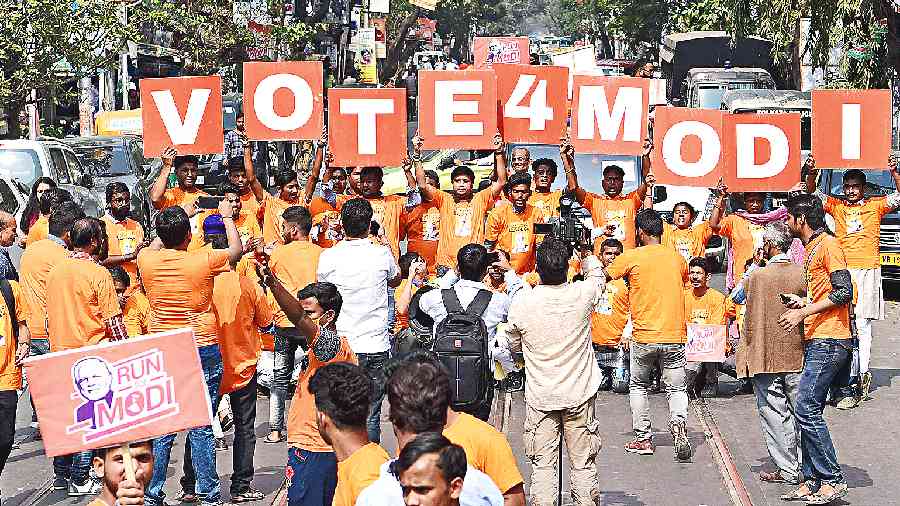 There are sectional fears that the Indian economy is fragile enough for it to go in the direction of Sri Lanka.
Sourced by The Telegraph
Swapan Dasgupta   |   Published 12.05.22, 02:57 AM

The collective sigh of relief in the corridors of power in western Europe at the easy re-election of President Emmanuel Macron in France has proved remarkably short-lived. There is now a growing realization that the emphatic nature of Macron’s victory was illusory and the danger signs of an uncertain nature are there for all who care to look. Apart from the fact that an ultra-nationalist candidate managed to secure as much as 42 per cent of the popular vote, what is worrying the European establishment most is the total collapse of the established Centre-Left and the Centre-Right parties, a phenomenon that, if repeated in the forthcoming elections to the legislature, could lead to profound instability in the coming years and give a further fillip to the extreme Left and Right. Many decades ago, Charles de Gaulle had bitterly complained that France was inherently ‘ungovernable’— a complaint that was at the time viewed as the ranting of a military man. Now, it is felt in some circles at least that de Gaulle was prescient in his diagnosis of the French malaise.

Many explanations have been proffered to explain the churning in France — described by an Oxford historian, Sudhir Hazareesingh, as a tussle between order and liberty. It is, of course, interesting to locate the roots of the conflicting impulses to the different political traditions of France, dating back to the revolution of 1789 and its aftermath. However, beyond the national specificities, what has emerged clearly is that there are no one-size-fits-all solutions to complex issues of governance, more so if the voting patterns become so volatile. The European Union, in particular, has cause to introspect. The body, forged in the aftermath of two devastating World Wars, has moved steadily from building a common market to facilitate cross-border trade to insisting on complex regulations made by officials in Brussels. The biggest casualty has been national sovereignty, a sacrifice initially acceptable to the technocratic elite but, increasingly, a cause of resentment to a growing section of the population that feels vulnerable and left out. Despite it being converted into a cuss word and often equated with authoritarian fascism or decried as populism, nationalism continues to exercise a powerful appeal in the member-states of the EU.

The French example is instructive. If a relatively small country — by the exacting standards of India — is so beset by the different challenges of governance, what hope is there for a gigantic India? The question isn’t contrived. Since Independence or even during the turbulence of the movement for national independence, many notables have echoed de Gaulle’s fear of a country being ‘ungovernable.’ The fear was most in evidence during the 1960s and the early 1970s when slow growth, crippling food shortages, and an overdose of socialist-inspired State controls led to the erosion of the Congress Party’s near-monopoly on political power. It was in this context that the economist, John Kenneth Galbraith, who also served as the ambassador of the United States of America to India, had described India as a “functioning anarchy”. The subtext was that it wouldn’t take extraordinary effort to make the country dysfunctional. The pessimism was echoed by V.S. Naipaul, who dubbed India a land of a “million mutinies”.

With preparations for a joyous celebration of 75 years of Independence, India appears to have come out of the rut. There are sectional fears that the Indian economy is fragile enough for it to go in the direction of Sri Lanka. Equally, some have expressed concern that the vitality of Indian democracy has been compromised and become illiberal and authoritarian. However, this alarmism doesn’t appear to have infected the popular mood. Riding on a wave of overall optimism over the future, the popularity of Prime Minister Narendra Modi remains extremely high. The ruling Bharatiya Janata Party may be anathema to the cosmopolitan classes and the pitifully small (but globally influential) Woke activists, but it has established a very impressive record of electoral victories. A cocky generation that wasn’t exposed to the gloom of an earlier era has put its faith in India’s emergence as a global power of consequence.

To attempt an explanation of this phenomenon in terms of either the Marxist notion of ‘false consciousness’ or more contemporary versions of media manipulation seems facile. The faith in the future of India, which often converges in a belief in the prime minister’s magic touch, is very real. It may not be that evident in West Bengal where the fruits of economic growth have been inadequately sampled. In most other parts of India, however, the physical reality of upgraded infrastructure, efficient banking, moderate taxation and an explosion in consumer choice have turned age-old scepticism and despondency to hope and optimism.

What often strikes Western observers as unfamiliar (or even bizarre) is that India’s increasing exposure to globalization hasn’t generated the type of backlash as, say, witnessed in France. It is also paradoxical that the Modi government’s sustained global outreach is complemented by the neo-nationalist rhetoric of Atmanirbhar Bharat. In foreign policy, too, the universalist rhetoric of the Jawaharlal Nehru era, when the country was still struggling to preserve its integrity and simultaneously build institutions, has been replaced by a policy of putting national interests above everything else. Likewise, the belief that prosperity will automatically generate support for social liberalism and all that it involves has been frontally challenged. There is, instead, an explosion of cultural pride and even exceptionalism. The earlier defensiveness over Hindu identity has been replaced by aggressive assertions of Hindutva.

What is particularly striking is that this 21st-century nationalism hasn’t necessarily followed a profound departure from the past. Before Modi assumed charge in 2014, there were interesting debates over the diminishing capacity of the State apparatus to deliver services and welfare. Much of this debate also centred on corruption. In the eight years at the helm, Modi has certainly whittled down the scope and the responsibilities of the State. The privatization of Air India is a shining example. However, as was demonstrated during the Covid-19 pandemic, it was the State apparatus that was put on overdrive to manage healthcare, deliver free rations to some two-thirds of the population, and provide free vaccinations to the entire adult population.

India, it would seem, has changed, sometimes unrecognizably. The change, however, has been managed with great dexterity and compassion. It could be argued that the prescriptions of the globalist evangelists lack these governance attributes.