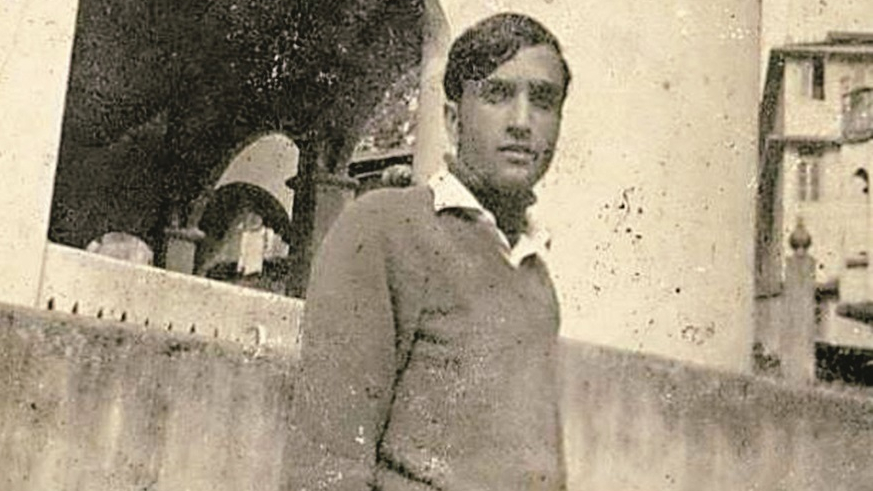 Twelve days ago, a sixty-six-year-old man died in Birmingham, the United Kingdom. He had been raised in the picturesque hill town of Kalimpong, where, when still a student at the Scottish Universities Mission Institution (typically abbreviated to SUMI), he had had the temerity to approach one of the giants of Indian Nepali literature, Parasmani Pradhan (1898-1986), with a rather strange request. Would the great man consider translating a scholarly Urdu book on the fundamentals of Islam into Nepali for the benefit of those who wanted to know about the faith but lacked Urdu? Not surprisingly, the busy scholar did not take the uniformed schoolboy seriously, and sent him away. But the lad was not to be discouraged so easily. He kept coming back day after day until Dr Pradhan finally gave in, agreed to read an English translation of the text, and then took on the task of translating it into Nepali; which he did with a little help from the boy’s father, the imam of the only mosque in town, Maulana Muhammad Sibghatullah Siddiqui. The book was published in 1974, in Nepali, as Islam Darshan, and Dr Pradhan would later confess that it wasn’t until he had undertaken the project of translating it that he discovered just how many words of Urdu, Farsi and Arabic origin had entered the everyday vocabulary of Nepali speakers.

This incident — narrated to me by his nephew, Professor Rafat Ali, a friend and colleague — sums up the qualities that went into the making of Professor Ataullah Siddiqui, a remarkable man who passed away in his prime, with his life’s mission of bringing about inter-faith understanding and harmony still incomplete. These qualities, recognized by students, colleagues and friends across several continents, included doggedness, strength of conviction, an ability to bring others around to his way of looking at the world, creating bonds through accepting diversity and difference; and an unflinching faith in the essential goodness of human beings. From the time he left for the UK in the early 1980s as a Research Fellow in the Islamic Foundation, till his death, when he was Professor of Christian-Muslim Relations and Inter-Faith Understanding at the Markfield Institute of Higher Education in Leicestershire, having picked up numerous awards and accolades along the way (including an honorary doctorate from the University of Gloucestershire), Professor Siddiqui remained both a devout Muslim as well as a person who believed in logic, reason, compassion and understanding to build a world where all faiths could exist in harmony. His 2007 report to the British Parliament, Islam at Universities in England: Meeting the Needs and Investing in the Future, better known as the Siddiqui Report, begins by invoking “the changed dynamics of relations between Muslims and policymakers in Western countries” post 9/11 and 7/7 (the July 2005 bombings in London), then bluntly stating that “it is now equally important that different experiences and expressions of Islam are explored outside the needs of diplomacy and the exigencies of the situation in the Middle East”, before going on to make a set of ten policy recommendations which have unfortunately, as far as I am aware, still not been implemented in full within the British higher education system. But that did not deter Professor Siddiqui from his task of trying to bring about dialogue among individuals from different faiths (or of no faith).

In a 2019 talk at the conference on “Leadership, Authority and Representation in British Muslim Communities” at Cardiff University, Professor Siddiqui had asserted that since it was enjoined that a mufti (an Islamic jurist) needed to know the urf and adat, that is the customs and practices of the people, this meant knowing about the Enlightenment, European history, as well as the religious beliefs and practices of Judeo-Christian traditions “as part of Islamic Studies” in Europe. Translated into the Indian context, this would require students of Islam to know about Indian history, Hinduism, Christianity and other local traditions to become true alims (scholars) — a point echoed by the imam of Calcutta’s Nakhoda Masjid, Maulana Shafique Qasmi, at a memorial meeting held for Professor Siddiqui a few days ago, where he asserted that only people who have not read their scriptures properly fight over religion and that, in his opinion, the Gita and the Bible, along with the Quran, ought to be read by madrasa students as part of their curriculum. Such has been Professor Ataullah Siddiqui’s influence. Yet I was unable to find mention of the man and his work in any major newspaper of the state where he had been raised and educated. Which is a pity for through his life and work — and I do not have the space to write about his many books and articles here — Ataullah Siddiqui had demonstrated that a devout Muslim was not only not an enemy of other faiths, but rather that it is part of a true Muslim’s calling to understand, respect, and cooperate with members of the nation/region/community/locality who hold beliefs that differ from her/his own.

As we seem to sink ever deeper into bubbles inhabited exclusively by those who think and act and react like us — a process accelerated by the ongoing pandemic — it is perhaps even more vital to remember the likes of Ataullah Siddiqui; or, for that matter, his fellow travellers in faith like Swami Agnivesh and the shamefully still-imprisoned 83-year-old Father Stan Swamy: three individuals whose deeply-held religious beliefs encouraged them to fight — in very different ways — on behalf of precisely those individuals whose beliefs did not match their own. Their journeys tell us that one can be a true believer without necessarily demonizing others who are not; that one can pray to a particular god or gods and still respect those who pray to others or none; that all of us are, beneath our superficial differences, human beings after all. In so doing, they encourage us to hold on to that fast-depleting commodity, without which it is difficult to imagine a civilization worth the name — hope.