Another adviser? Nitish rewards those who serve well 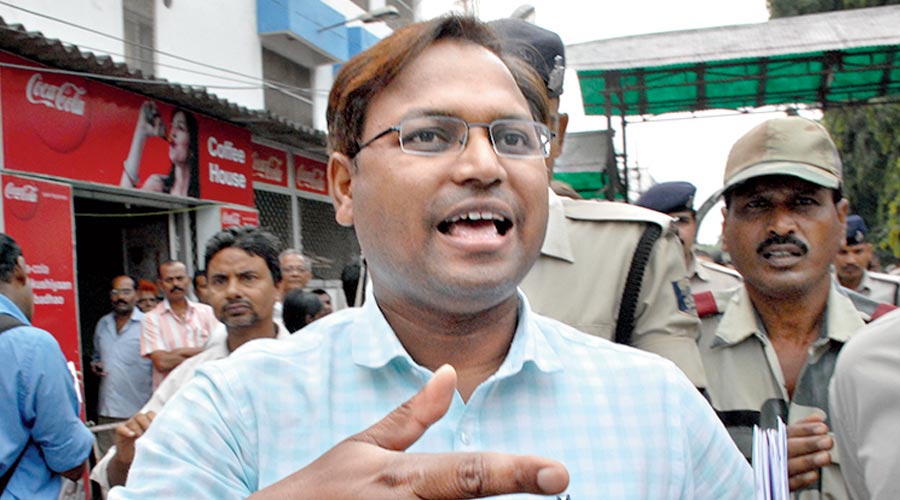 The love of the Bihar chief minister, Nitish Kumar, for the bureaucrats who serve him with utmost loyalty is well known and they are usually given plum post-retirement positions. But this time he created the post of additional advisor to the CM for the Indian Administrative Service officer, Manish Kumar Verma, who took voluntary retirement last year. Verma had been in Bihar for around a decade but was called back to his parent cadre which prompted him to quit the service. Nitish quickly made him a member of the Bihar State Disaster Management Authority. Now, Verma will join the former chief secretary, Anjani Kumar Singh, who is the advisor to the chief minister.

When people wondered about Nitish’s benevolence on a mid-rank former IAS officer, a senior leader in his party pointed out several links. Verma shares caste (Kurmi) and native district (Nalanda) with Nitish. He could be groomed to contest the legislative assembly elections and fill the void if the wings of the Union steel minister, RCP Singh, need to be clipped because of his closeness to the Bharatiya Janata Party. “Manish is in no way being rewarded for his public service... Nitish made him the district magistrate of Patna and a stampede happened during Dussehra celebrations in which a large number of people were killed and injured. Manish was said to have been busy celebrating his son’s birthday at a posh hotel... ” said the senior Janata Dal (United) leader.

These days, the Union road transport minister, Nitin Gadkari, has developed an obsession for green fuel. He believes that India cannot become aatmanirbhar without drastically reducing its dependence on oil imports and shifting to clean energy. Visitors to his home in Delhi this winter are reportedly shown a gas burner-type room heater fuelled by ethanol. Gadkari claims it causes zero pollution.

Curiously, Gadkari’s push for green fuel appears to be a solo effort. The prime minister, Narendra Modi, is rarely heard pushing the well-intentioned idea of the senior minister. Many in the BJP feel that Gadkari’s effort to project himself as a visionary and his goodwill cutting across party lines are the reasons for the current leadership’s disdain. He was the BJP president but is now hardly consulted in the formulation of electoral strategies.

Old Delhi’s historic Unani clinic, Hindustani Dawakhana, which is associated with the national movement, now bears the signage, Aam Aadmi Polyclinic. Established in 1910 by Hakim Ajmal Khan, it is opposite the haveli of the poet, Mirza Ghalib. The structure fell into disrepair and was renovated. It had been functioning as a Delhi government dispensary of allopathic as well as traditional medicine. As part of the ruling Aam Aadmi Party’s mohalla clinic plan, the dispensary’s facilities were augmented. While the original signage is long-lost, Unani practitioners in the area are aghast that the new sign makes no mention of the building’s glorious past.

The recent reunion of the BJP and the Bodoland People’s Front in Assam was quite low-key, unlike their acrimonious split before the 2020 Bodoland Territorial Council polls. The Assam CM, Himanta Biswa Sarma, made it clear that the alliance was only within the state Assembly. Sarma added that the reunion will see the strength of the BJP-led ruling alliance go up to 81 in a House of 126. What he didn’t say was that the renewed ties could help the BJP win both the Rajya Sabha seats falling vacant in the state soon. Winning both seats will help boost the BJP’s strength in the Rajya Sabha. For the BPF, which lost the BTC polls, it is a new lease of life.

With elections to 24 legislative council seats in Bihar around the corner, the Opposition Grand Alliance partners, Rashtriya Janata Dal and Congress, are, once again, fighting with each other. They fought during the bypolls to two Assembly seats last year and contested separately. However, when the Telangana CM, K Chandrashekar Rao, invited the leader of Opposition, Tejashwi Prasad Yadav, to join a non-Congress third front to take on the BJP, the latter rejected the offer. The two parties are like spouses, constantly pecking at each other, but still standing united on important occasions.

The ‘Metroman’, E Sreedharan, has been a slippery fish for his party. During the run-up to the April 2021 Kerala polls, he famously declared he was open to becoming the CM since his party would do well. But when the BJP lost, Sreedharan withdrew into a shell until he abruptly announced his retirement from active politics. Now, Sreedharan has shocked the BJP by declaring that the Vande Bharat trains would not help Kerala because of their slow speed. This came a day after the state BJP leaders urged the Kerala government to drop plans for the K-Rail. Now even his rivals are waiting to see what Sreedharan would say next.

The Malayalam actor, Kunchacko Boban, was surprised to see his picture as a postman in a Karnataka school textbook. The actor brought the faux pas to light in an Instagram post, joking that he finally found a government job. The picture was a still from Kunchako’s film, Oridathoru Postman. The Congress Lok Sabha member, DK Suresh, slammed the state’s BJP government for such blunders. Whatever may be the reason for the blooper, Kunchacko’s friends seem to be having a good laugh.