Only a comprehensive overhaul, combined with political accountability, can secure the future of India’s children 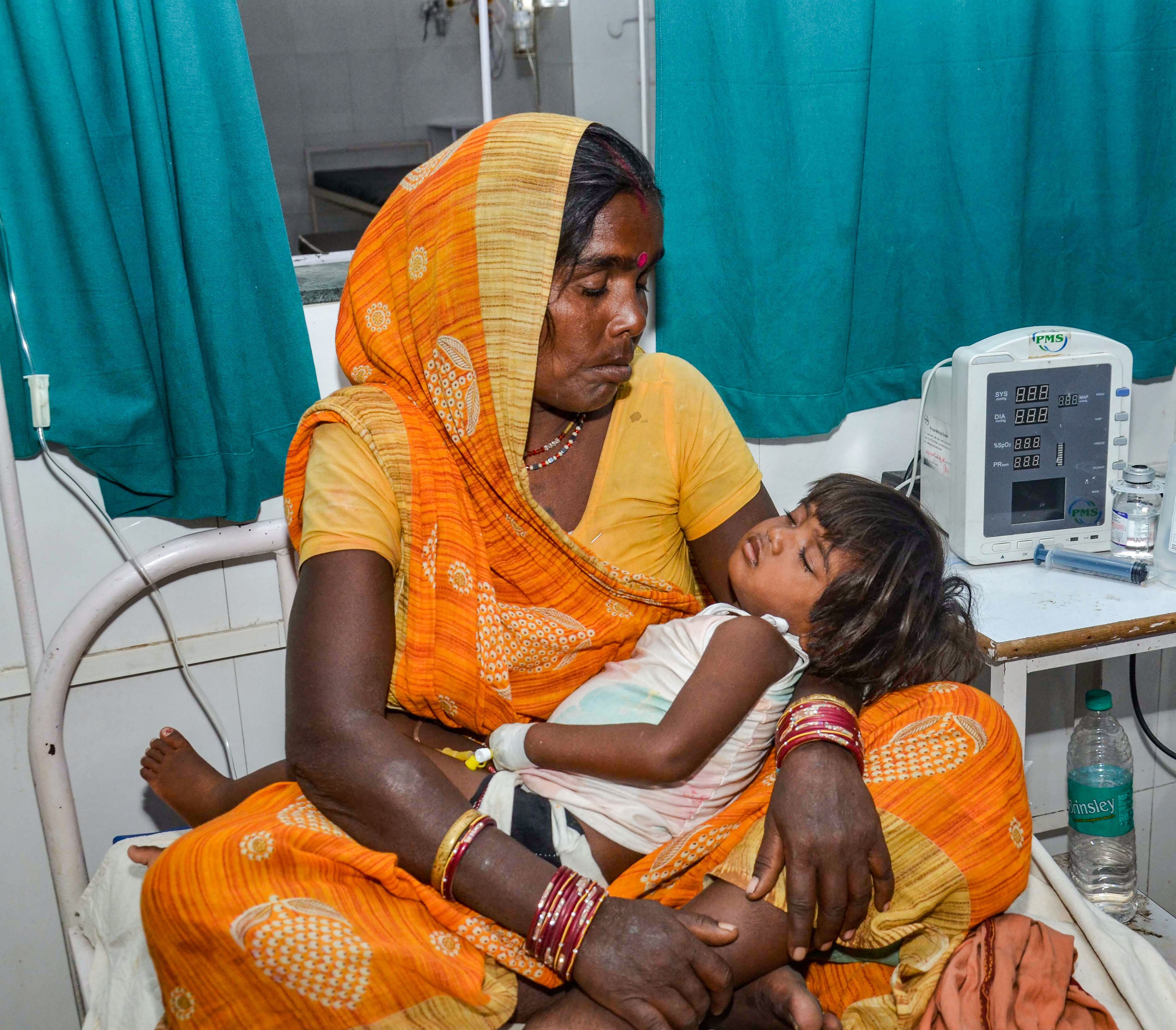 A child with symptoms of Acute Encephalitis Syndrome in a Muzaffarpur hospital on June 21, 2019. Describing the death of over 150 children due to AES as 'extraordinary', the Supreme Court issued a stern reminder that public access to quality healthcare, nutrition and hygiene is a basic right
(PTI Photo)
The Editorial Board   |     |   Published 27.06.19, 03:49 AM

One of the tasks of India’s overburdened courts is to remind elected governments of their primary responsibilities. Describing the death of over 150 children in Bihar’s Muzaffarpur owing to acute encephalitis syndrome as “extraordinary”, the Supreme Court issued a stern reminder that public access to quality healthcare, nutrition and hygiene is a basic right. The scale of the festering crisis suggests that the government has failed to honour such a right. The administration’s culpability is apparent. It has been reported that even as AES was rearing its ugly head, once again, in early June, the state health minister was busy attending a conference abroad. His negligence has been emulated lower down the administrative chain. The origins of this syndrome that is often lethal to children are unknown. But what is known for certain is that AES makes its deadly appearance with the onset of summer with deaths spiking in the month of June. There is no reason to believe that the outbreak — AES has struck Muzaffarpur regularly since the early 1990s — had caught the powers that be napping. The possibility of complacency on the part of the government — even though it would be an unpardonable omission — cannot be dismissed. Ironically, in the last few years, targeted awareness campaigns had reaped rich dividends. Children had died since 2016, but sporadically; the casualty figure touched double digits only once, in 2017. It is being alleged that the success achieved earlier had turned the administration leaden-footed this year. It is also being speculated that preparations had been hampered on account of the general elections. Bihar had voted in seven phases spread across April and May, months that could have been utilized wisely to prevent a recurrence of AES.

The apex court has directed the governments at the Centre and the state to explain what steps have been taken to contain the crisis. The long-term challenge of eradicating the threat could, however, be formidable. What made the outbreak potent this year was not just administrative inertia but also poor infrastructure. Required facilities — intensive care units, for example — as well as doctors are reportedly in short supply in the affected area. AES, much like contagious diseases, has laid bare the sorry state of the public healthcare edifice. Only a comprehensive overhaul, combined with political accountability, can secure the future of India’s children.