A pittance: the minimum wage question

There is a possibility that without interventions, 400 million informal sector workers might sink deeper into poverty 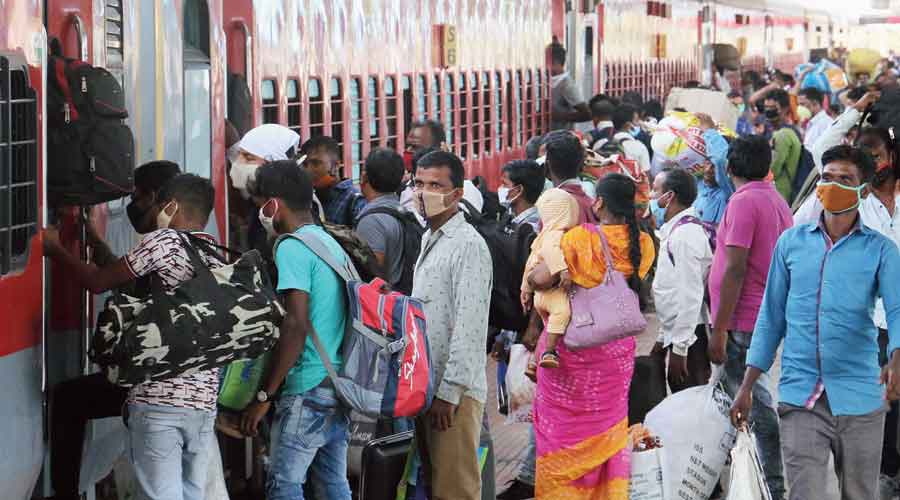 In countries where the pandemic adversely affected employment in low-paid, low-skilled jobs, the average wage increased in the economy because of, what is referred to by economists as, the ‘composition effect’
File picture
The Editorial Board   |   Published 08.12.20, 12:02 AM

The International Labour Organization’s recently published Global Wage Report for 2020-21 describes and estimates ways in which Covid-19 has affected labour markets across the world. In countries where the pandemic adversely affected employment in low-paid, low-skilled jobs, the average wage increased in the economy because of, what is referred to by economists as, the ‘composition effect’. This increase is not a true reflection of the economy’s health. In other economies, which have tried to retain employment levels as much as possible, the average wage rate has fallen through pay cuts and lower productivity. India has not been reticent about making public a number of data estimates, including those pertaining to unemployment and earnings. According to the ILO report, from the data available on India, the nation’s economy may have suffered the sharpest decline in average wages. The estimated wage loss in the informal sector was to the tune of Rs 63,550 crore in the first half of 2020. The total wage loss was Rs 86,448 crore. In the informal sector, the decrease in wages was 22.6 per cent since the pandemic began; the formal sector witnessed decreases to the tune of 3.6 per cent.

The report lays a great deal of emphasis on the importance of an effective and well managed minimum wage system that helps create demand to boost the post-pandemic economic recovery, provides new employment, and helps reduce the unsustainable levels of economic inequality. The Government of India-appointed expert committee had suggested Rs 9,750 as the minimum wage per worker per month as a measure that could make a decent living affordable. This was published in January 2019. It is a matter of deep concern that before the pandemic, the suggested minimum wage was above the earnings of 58 per cent of self-employed workers, many of whom belonged to the casual labour category. As far as the regular wage and salaried workers were concerned, 42 per cent remained below the minimum monthly wage suggested. Since the pandemic started, only nine states in India have tweaked the minimum wage, but there has not been any concerted effort by the Central government to frame a fresh wage-incomes policy. If anything the agricultural reforms and the labour market reforms are likely to reduce incomes by doing away with many restrictions that help to prop up the minimum earnings. The Mahatma Gandhi National Rural Employment Guarantee Act is a good starting point to build a new framework for income assurance. This is especially so since the ILO has claimed that there is a possibility that without interventions, 400 million informal sector workers might sink deeper into poverty.