Speaking at Infocom 2020, an ABP Group initiative, a former Union health secretary said the govt got distracted by the migrant crisis 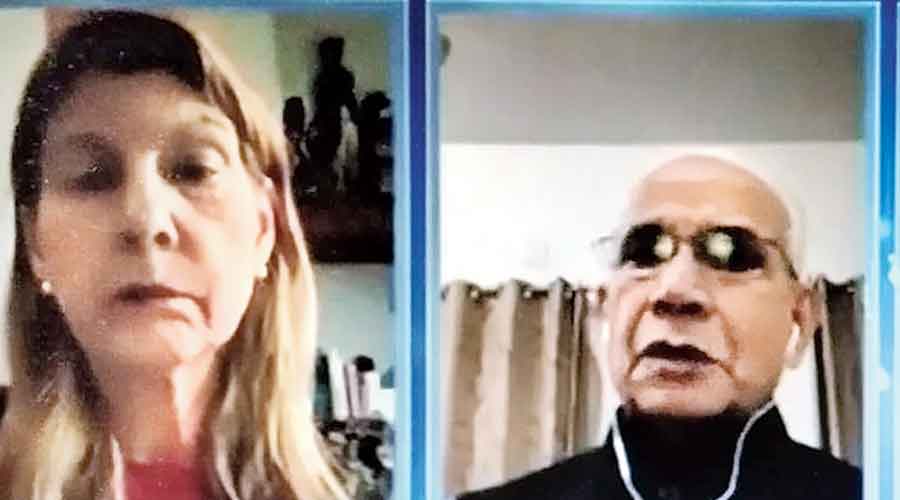 India lost crucial time in tackling Covid-19 as the government got distracted by the migrant workers’ crisis that resulted from a hurriedly called lockdown, a former Union health secretary said at a session of Infocom, an initiative of ABP, which publishes The Telegraph.

J.V.R. Prasada Rao said people should have got notice of the impending lockdown. He pointed out that the Centre and states should have accepted community transmission of the coronavirus and taken proper measures. That would have helped reduce the number of infections.

The online discussion on Friday also focussed on collaborations among countries and organisations to produce Covid vaccines. Heidi J. Larson, a professor at the London School of Hygiene and Tropical Medicine, said that though the process of preparing vaccines had been accelerated, scientific processes had not been compromised.

Larson and Rao were in conversation with cardiac surgeon Kunal Sarkar, who spoke about “contrasting experiences” in the response to the pandemic. “We have Southeast Asia that put up very gallantly. We have the rest of the world that seems to have been caught completely off guard,” he said.

“It is believed that if all the viruses of the world were put together, they would weigh less than 2 gram. But even then the (corona)virus has put 65 million people of the world in misery,” he said.

Highlights from the talk:

Rao said India lost the opportunity to control Covid-19 because of the migrant workers’ crisis. “The prolonged lockdown that was imposed was necessary but... people should have got a little more notice that the lockdown was coming,” Rao said. As a result, he said, the country “got into problems that are not directly related to Covid, but associated with Covid, like the huge migration problem”.

“The government’s attention went into tackling the migration problem rather than the Covid problem at some point of time. I think that is where we lost the opportunity to control it at a relatively lower level,” Rao said.

Migrant workers had no option but to walk long distances to reach home from the states they had been working in. Several had died during the trudge.

Rao felt that had the Centre and states accepted the reality of community transmission of Covid-19 and tailored their strategies, the number of infections could have been reduced.

“When it moved from a concentrated epidemic to a community transmission, there should have been greater acceptance of that reality by both the Union government as well as state governments. It is always better to accept and then own it, than denying it and going forward,” he said.

“I think that is where we made a tactical error. They could have said ‘yes it is already out in the community and we should be more careful’. The strategy needed to shift from screening and testing to a more open testing policy. There could have been voluntary testing. There should have been a paradigm shift in the approach in the months of May and June. That would have probably reduced the number of infections,” added Rao.

Larson said the vaccines that were being developed had gone through the rigour of scientific processes and their safety was not compromised.

“Absolute rigour has been followed when it came to processes of safety. The other pieces of the process have been shortened. We have new technologies that we did not have before. We were able to characterise the virus faster. We had funds for emergency research. That was a tremendous boon for allowing things to happen quickly,” Larson said, when asked by Sarkar on concerns about the safety of vaccines developed so fast.

“We have not seen these vaccines long enough to know some of the potential long-term rare events, but that is true with any new vaccine,” she added.

Larson added that the Pfizer Inc vaccine, approved for use in the UK, was actually made in Belgium. “The UK approved a vaccine that is made in Belgium. The Pfizer-BioNTech vaccine was made in Belgium and BioNTech is a German company. It is not the one the UK were expecting to approve, which is the Oxford one. We should celebrate this international scientific collaboration,” she added.

Rao said administering Covid vaccines in India should be a teamwork of the Centre and the states.

“There are certain things that the Centre needs to make clear. Which are the vaccines that are going to be selected? If a vaccine that has to be stored at - 70 degrees Celsius, will it work for India? What would be the price of a vaccine? These are issues that have to be worked out at the central level,” Rao said.