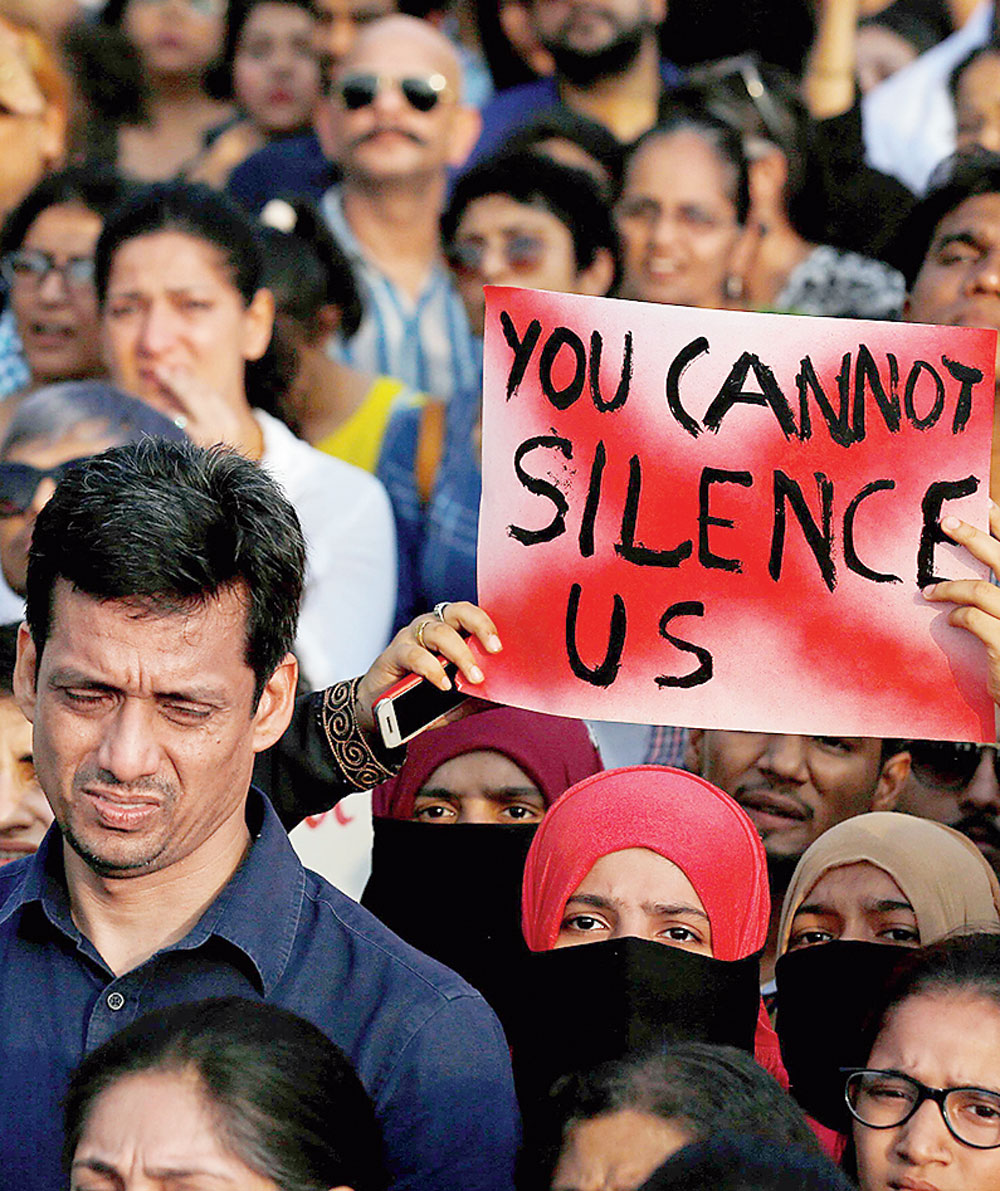 Elections are usually party games which a democracy conducts to keep a system dynamic. But the election of 2019 is different and the nature of the difference lies in the ethical and political challenges before us. The battle of 2019 is not merely a battle between the Congress and the Bharatiya Janata Party. As a party, the BJP has acquired a Mughal temperament communicating that it is a regime here to stay. The battle of 2019 is about the very idea of India, and every citizen has to decide the India or the idea of India he/she wants. Deep down, almost every major concept and ideal we have lived for is under threat either from majoritarianism or from mediocrity. This is not a mere battle of sterile parties. This is a test of citizenship where a mere vote is not enough. It requires imagination and agency to create the India of our dreams.

This election cannot be a mere battle of parties. It is a political struggle where civil society — long suppressed — has to articulate itself. Civil society not only has to determine the fate of rights but also the creativity of public spaces now being destroyed by institutions like the Rashtriya Swayamsevak Sangh, Bajrang Dal and the Vishwa Hindu Parishad — mimic versions of civil society which rode on the coat-tails of the BJP. They have not been voted to power, they have usurped it. Worse, they have appropriated the space of civil society. This election is a battle for civil society to recover its lost spaces. In this context, civil society is not only fighting for its existence but it also has to challenge the nation state on issues of security and foreign policy. Thanks to the likes of Ajit Doval and a spate of thoughtless think tanks, internal and external security have merged, allowing the State to enter spaces which did not belong to it. One needs to rework the idea of security if civil society is to breathe again.

Yet what is most disheartening today is the silence of civil society, the disappearance of what Amartya Sen dubbed ‘the argumentative Indian’ from public space. The hysterical mimicry we see on television is no substitute for the leisure and humour of the adda or the thoughtfulness of reasoned debate. Sadly, the media rarely debates political ideas today. It has already moved to the easy digestibility of policy which, today, is only a pre-emptive exercise preventing civil society from debating ideas. This election cannot be treated as a fait accompli only because Amit Shah thinks that he is here to stay. In this election, democracy has to prove that it understands democracy. It has to demonstrate that the pluralism of democracy cannot be substituted for by populism, majoritarianism or the lynch mob. In that sense, 2019 is an experiment for a different democracy, where the citizen re-emerges to challenge the party. In a deep way, this election will not decide merely a party; it will decide what kind of a democracy we are.

This is why an act of voting is not enough. If democracy were to be reduced only to a numbers game, the voter would become a denuded entity without any sense of the deeper embeddedness of politics. Politics today demands a more creative agency, a more involved sense of inventiveness from the citizen as a political person. Otherwise citizenship will disappear into a few rudimentary roles like voter and consumer and lose the deeper holism of politics as a process. Politics cannot be defined by parties with Pavlovian reflexes about democracy but by citizens, networks and civil society. To reduce the battle only to the digital space would be silly. The idea of the public in India has to be revived to include a deeper sense of political tradition, memory and the variety of choices before a people. The political binaries imposed by any party should be rejected and a sense of pluralism has to be reinvented again. The challenges before the electorate are not the challenges which parties dictate but the problems that we derive through open debate. The battle today is between a bully-boy majoritarianism and the return to the creativity of public space. Without civil society, without the public becoming active, the next election will be an almost anti-democratic exercise.

The citizen must realize that voting is only a final ritual of decision- making. He/she has to realize that without political activism, involvement, debate, experiment, the vote becomes a stamping pad ritual rather than a creative act of inventive politics. In this context, one has to mention that the word, opposition, and the idea of dissent have become misunderstood terms. They have lost their polysemy, and started marching in official uniforms enacting predictably official definitions. Consider dissent first. Dissent is a way of keeping alternative possibilities alive, of creating a whole which is more inclusive of the political parts instead of excluding or erasing them. Unfortunately, dissent has been distorted as anti-national. They create a literal rigor mortis of thought. The margins, the minorities, have been silenced and there is hardly any availability of eccentricity. We need new social imaginaries beyond the aridity of the nation state and the staleness of development as an idea.

The word, opposition, becomes constrictive when it is restricted to knee-jerk responses to power. It is seen as rogation. The opposition does not merely challenge the current choices, it invents alternatives for the future. An opposition challenges the current definition of politics which is becoming an enclosure movement virtually decimating the world of alternatives. One has to turn these concepts into more experimental, life-giving exercises where India can invent new options, imaginations and possibilities for itself. One must bring the playfulness and inventiveness of new ideas back to politics. Instead of retreating because there are no options, one invests new possibilities, new ways of doing politics. A new style of debate where one looks squarely at violence, environment, inequality, exploring new ideas of energy, dreaming a Dalit idea of the city, bringing culture and politics together, is required. This new panchayat of ideas is what the university along with civil society can create. It is in this constructive way that the university as an institution, as a commons of knowledge, can respond to a regime which has sought to belittle it.

One has to go further. The inanity of foreign policy and the way it is curdling democracy either in Kashmir or in rough the sheer tragedy of the Rohingya or the Assam crisis cannot be left to a few political managers. Society has to respond, create new fragments of storytelling, create what M.K. Gandhi called ashrams of the mind so one is no longer immobile, vulnerable, as one confronts the future. In fact, by reclaiming the idea of citizenship from the nation state, and the concepts of politics from the emptiness of party politics, 2019 can be the threshold where we reinvent democracy and politics. The idea of India is no ideological patent. It belongs to all of us and it is time we own up to it.