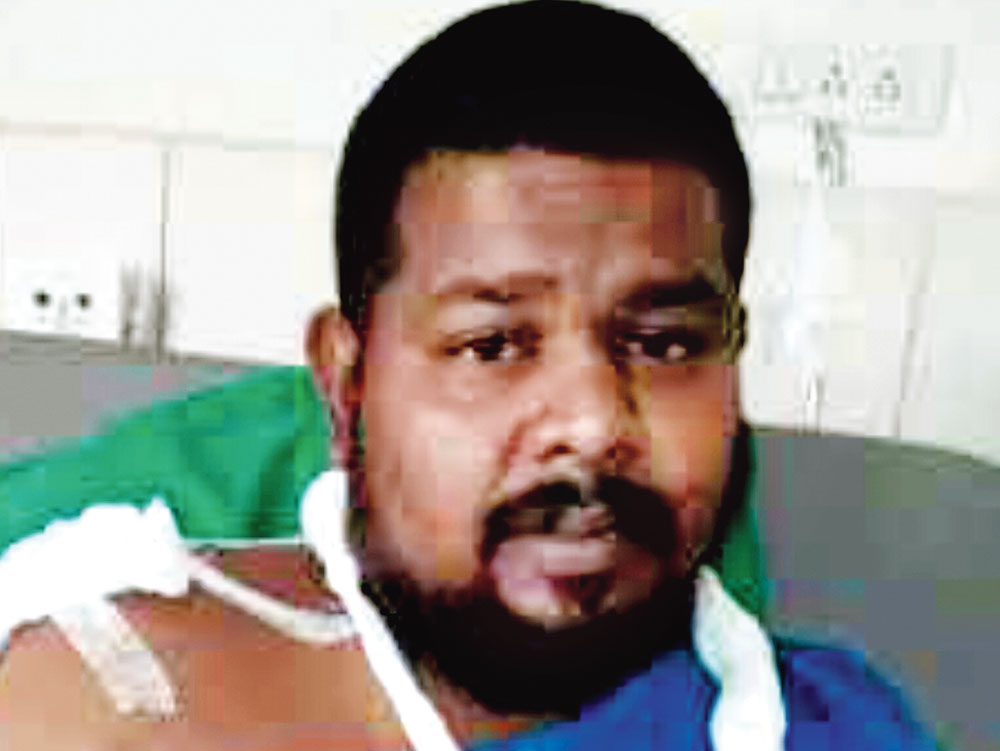 A 31-year-old youth suffered a bullet injury after unidentified goons opened fire at him near Khandagiri early on Monday. Police suspect the incident to be a case of road rage.

The incident took place around 1.30am when the victim, identified as Pritam Jena Mani, was travelling with three of his friends in an SUV. The police said the victim claimed that an altercation had ensured after the goons travelling in a Tata Magic vehicle overtook their SUV.

“According to Mani, the two parties had an heated argument over overtaking. Following the exchange, the other vehicle fled from the spot. Later the victim and his friends chased down the vehicle on the national highway near Khandagiri. Both the parties got into an argument, following which one of goons opened fire at Mani,” said a police officer.

The bullet hit Mani on his right shoulder and he was immediately rushed to a private hospital.

“We are verifying the statements of the friends of the victim. We are also trying to find out possible CCTV footage in the area to trace the other vehicle,” said deputy commissioner of police Anup Kumar Sahoo.

The police said that they were also trying to find out a possible rivalry angle to the incident. “We were told that the victim was the lease holder of the tourist bus stand at Khandagiri Bari. The incident could be a fallout of the dispute over tender for parking vehicles at the tourist spot,” said a police officer.

Easy availability of firearms in the city has become a major reason behind frequent incidents of firing.

Statistics available with the police also revealed seizure of 177 firearms in the state capital between 2013 and 2017. The police during this period have also seized 345 bullets from several accused. The police said most of the firearms were smuggled in from Bihar and Jharkhand and supplied to criminals through middlemen.

Sources in the police said country-made pistols, revolvers and foreign-made revolvers were up for grabs at prices ranging between Rs 5,000 and Rs 80,000.