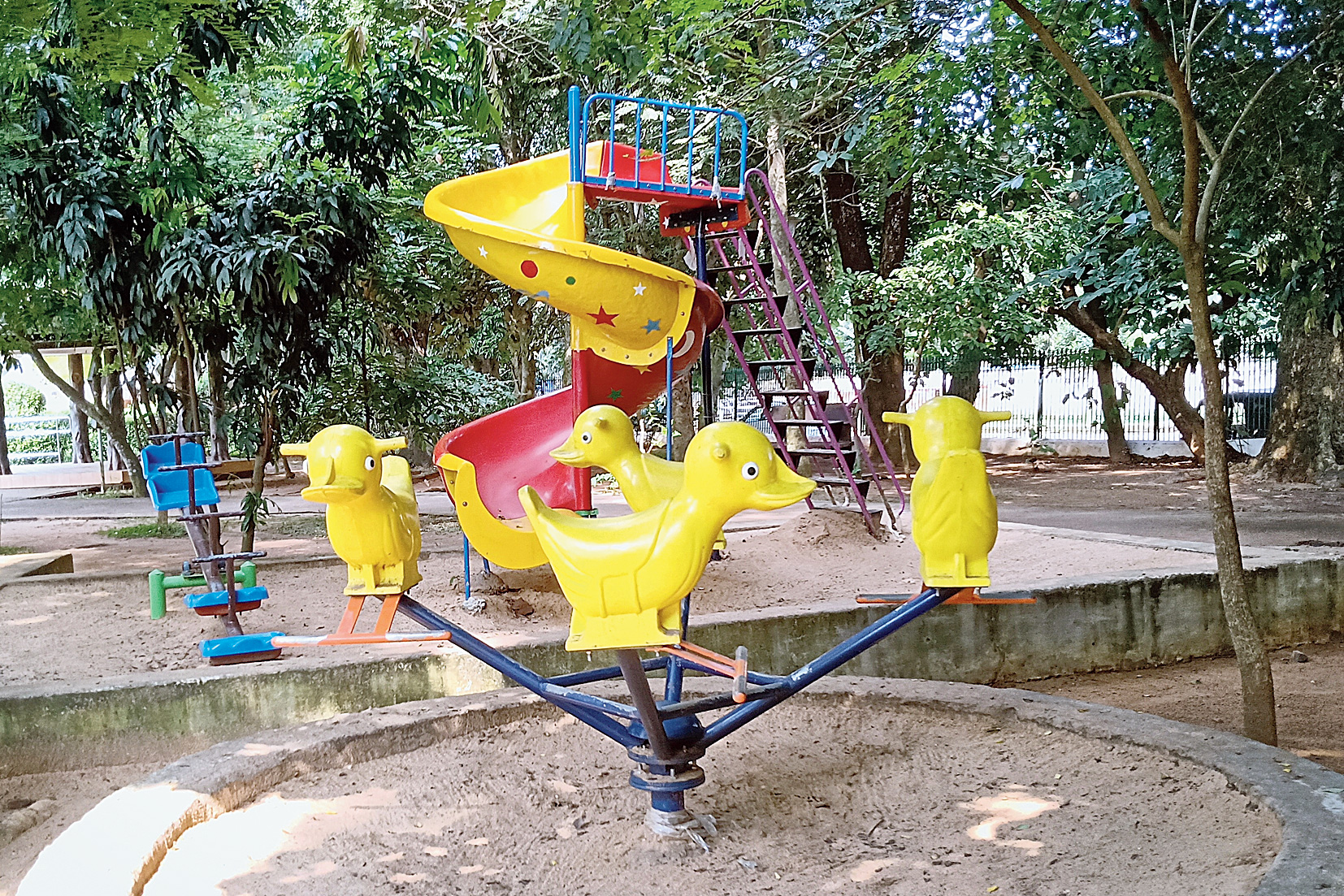 The development authority will replace several signage installed in various localities and make 20 of its major parks child-friendly with installation of joyrides for them.

The dual projects aim to ensure higher visibility, and at the same time, make the parks children friendly.

The Bhubaneswar Development Authority has prepared the design for the new signage, which will have multi-colours with green and a portion of black as the background. At present, the old signage have blue as the background and white for the letters.

“Our team has prepared the design and put green prominently that represent nature. We have invited agencies to install and maintain the signage for the next three years. We have also earmarked a few places for installation of the new signage,” said a development authority official.

He said the signage would be installed in phases. “We have decided on a few prominent places of installation in the first phase, which will be over by the end of October. In the next phase, we will cover the entire city,” said the official.

According to the plan, the new signage will be of various kinds, including those for entrance, parking, toilet, map, caution, pathway, area infographics such as gymnasium, play area, point of interest, direction, special feature and water ATM among others.

The signage will have reflective effect for visibility at night. They will have a viewing distance of nearly 50 metres. “The blue and white boards are quite boring. The replacement will give a new look to the city,” said local resident Aakash Mitra.

According to the tentative list, the parks which will get the new signage will be the Indira Gandhi Park, Biju Patnaik Park, Madhusudan Das Park, Mahatma Gandhi Park, Buddha Jayanti Park, Khaarvela Park and the Shyama Prasad Mukherjee Park.

Old Town, however, was exempted from the list. “We have better plans for Old Town, but it is yet to take place because of several administrative hurdles. We are going to overcome the problems and focus on Old Town for the same in our future attempt,” said the official.

In another development, the authority has invited expert firms to design and supply the play equipment to the parks and remain responsible for their installation, operation and maintenance in the later stage. “We have invited request for proposal from interested agencies to take part in the project and at the same time install and maintain the equipment at the parks. We have chosen 20 major parks, which have more or less the children play areas but not in a dedicated manner,” said chief horticulturist of the development body A.N. Dhar.

Dhar said they would create more dedicated place for the children at the parks. “We are taking care of the space for all age groups in our parks. This time, we put focus on the children,” he said.

The city’s smart city proposal was lauded on various platforms, including at the national and international level several times, for its inclusiveness and focus on creating more child and elderly-friendly infrastructure in the city.

At present, the city has only one dedicated park for the children at Unit-II, while efforts are on to create two more such facilities at Patia and VSS Nagar. “It is a welcome step of the authorities to create more child-friendly space,” said local resident Namita Ojha.