Ban on small vehicles for schoolchildren

The state transport department has decided to make buses the mandatory mode of transportation for schoolchildren keeping in mind the alarming number of road accidents involving kids. 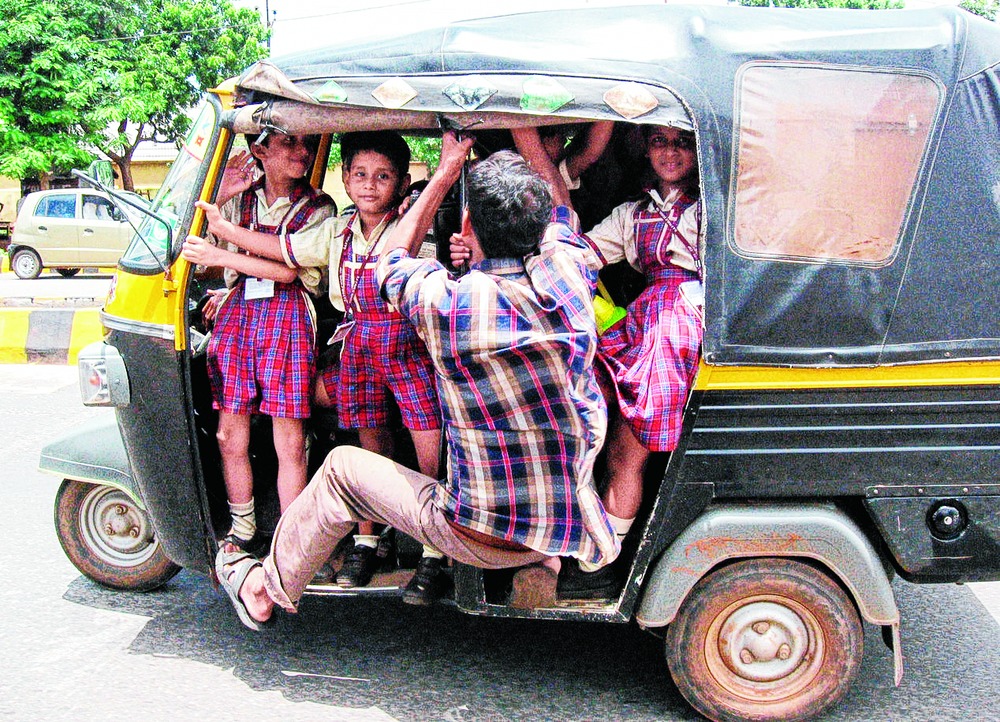 Cuttack, Nov. 17: The state transport department has decided to make buses the mandatory mode of transportation for schoolchildren keeping in mind the alarming number of road accidents involving kids.

Transportation of schoolchildren by autorickshaws, Omni, Tata Magic, Bolero and other vehicles will not be allowed according to the new policy on transport for schoolchildren.

Vehicles with a seating capacity of at least 13, excluding driver and conductor, will be considered a school bus.

Speed governors and GPS systems will be mandatory for school buses across the state.

The new policy on transport of schoolchildren, 2016, will be strictly implemented from December 1.

The banning of transportation of schoolchildren in autorickshaws and other small vehicles, which often carry kids in excess of their capacity, is expected to make their journey secure.

"The safety of children has always remained a concern and we hope the new policy will force the school authorities to provide proper transport facilities," said Reena Moharana, a resident of Gopalpur.

"Most schools do not have enough buses. Many only operate them on a handful of routes within the city. So, not allowing small vehicles will also create some problems for us to send our kids to school," said Kartik Sahu, a resident of Badambadi.

The policy clearly states that every school bus shall be a semi-salon type with steel body and no vehicle shall be covered with canvas hood or roof.

According to the rules, school buses need to be painted golden yellow and the inscription "school bus" has to be painted on the front and rear sides. If the bus is hired, it should mention "on school duty".

On the lower right side in rear, the contact number of bus in-charge, administrator of school, local regional transport officer and local police station should be printed. A separate email ID shall be created and displayed on the vehicle for registration of complaints.

The guidelines and provisions under the policy were discussed at a workshop-cum-seminar organised by Odisha Road Safety Society and Regional Transport Authority, Cuttack, at Saheed Bhavan today.

Though the authorities of nearly 450 schools were invited to the programme, representatives and officials of only 60 schools took part.

"The policy has been formed following the Supreme Court direction to ensure and develop a safe transport system for schoolchildren. Around 140 children died in road mishaps in the state last year and this is a matter of concern," said technical director of state transport authority Tapan Mishra.

According to sources, road accidents account for nearly 45 per cent of the total unnatural deaths registered in India. A total of 37.02 per cent of victims are less than 24 years of age, said regional transport officer Diptiranjan Patra.

The schools in the district have been sent a copy of the new policy and asked to come up with three committees - parent-teachers' associations, school level transport committees and district-level inter-departmental committees.

"We organised the workshop to sensitise school officials, parents as well as other citizen groups before implementing the new transport policy," said Patra.

Though most school buses have a GPS system in place, they have requested the RTO officials for providing adequate time for installation of speed governors.