Youth dies in Arunachal agitation over PRCs for non-state STs

The youth, identified as Risso Tari of Layang, was shot dead allegedly by security forces 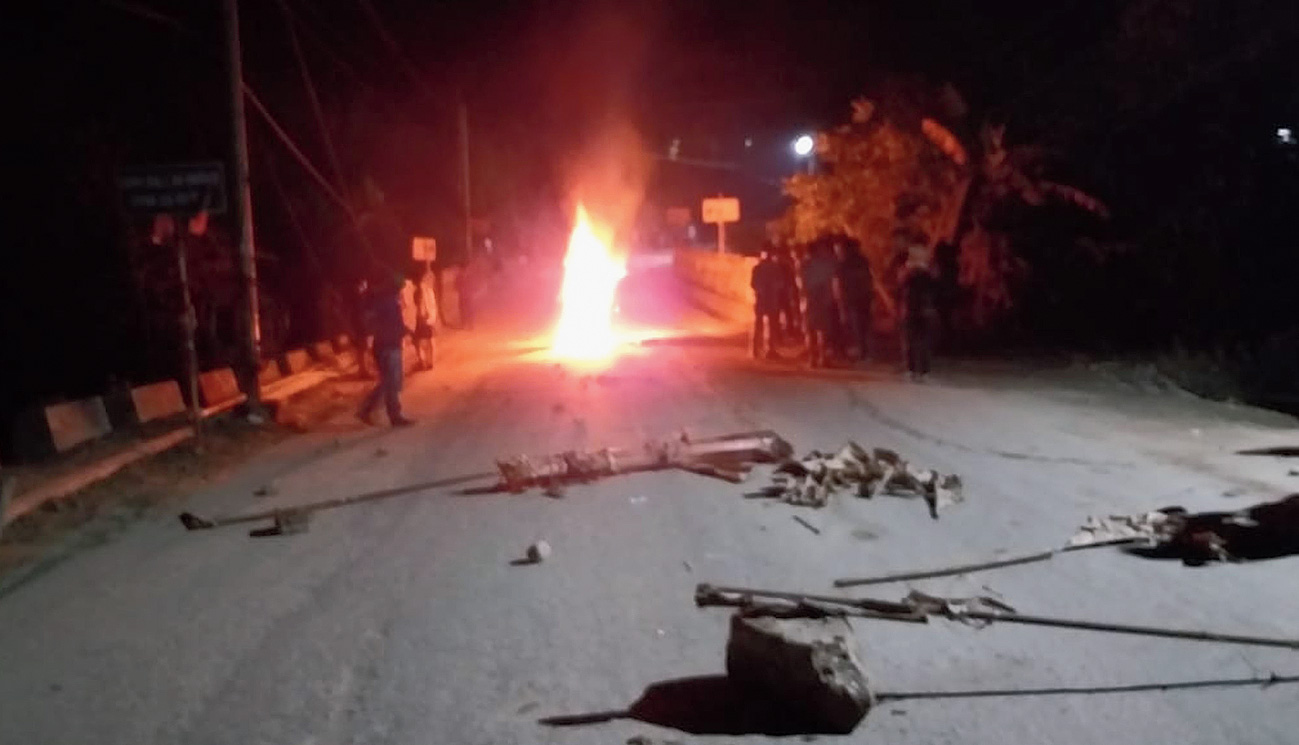 The youth, identified as Risso Tari of Layang here, was shot dead allegedly by security forces in front of the state secretariat here in the wee hours on Saturday.

Another youth, Bagang Taji, a resident of Kurung Kumey district, was rushed to Guwahati for treatment as his condition deteriorated after he received a bullet injury in his back at Papu Nala here on Saturday.

Despite imposition of curfew and the army staging a flag march through the capital town, thousands of protesters gathered at Indira Gandhi Park here to pay homage to Tari whose body has been kept there for the day. He will be buried near the park on Sunday.

The protesters shouted slogans, accusing chief minister Pema Khandu of “murdering Tari” and against the government’s decision to grant PRCs to those belonging to the non-APST communities such as Moran and Deuri among others in Namsai and Changlang districts.

The protesters let private vehicles ply but hurled stones at government vehicles and those belonging to security forces.

Several security personnel of the Indian Reserve Battalion and three senior state police officers were injured in stone-throwing since Friday.

Reports of stone being thrown at vehicles and security forces continued to pour in from across the town till late Saturday evening.

Protesters on Friday night torched at least 60 vehicles in front of the secretariat, Indira Gandhi Park and Dorjee Khandu Convention Hall. They allegedly burnt pandals and musical instruments of various bands who were here to perform during the Arunachal Pradesh Statehood Day celebrations at the park till Thursday.

Vehicles were torched at Dorjee Khandu Convention Hall where the first Itanagar International Film Festival is under way.

Khandu on Saturday said his government would initiate an inquiry into the killing as well as the loss of public property in the agitation.

The state unit of the Congress demanded the chief minister’s resignation and imposition of President’s rule in Arunachal.

The last day’s proceedings in the Assembly on Saturday was abandoned because of the protests. The government on Friday announced that the issue of providing PRCs would not be taken up in the House on Saturday.