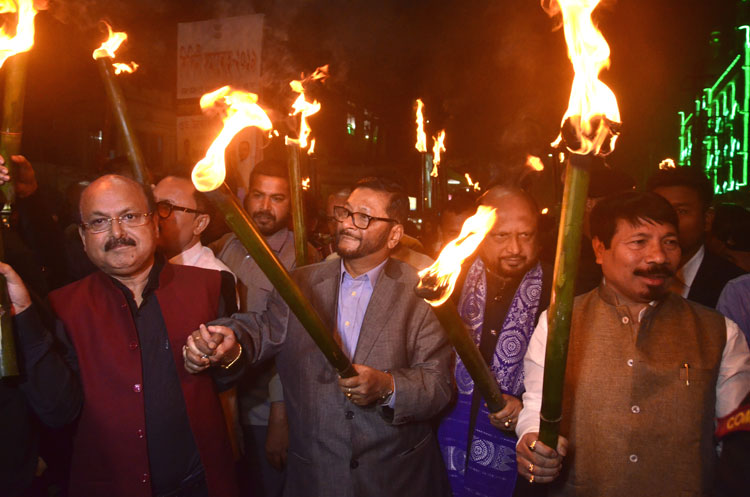 The Foreign and Commonwealth Office of the United Kingdom has advised its nationals visiting the Northeast, especially Assam, to take precautionary measures to avoid trouble in view of the non-stop agitation and strikes over the Citizenship (Amendment) Bill.

“From January 2019, protests have continued in Assam and other states in the North East of India. These protests are related to the revision of the National Register of Citizens and a proposed CAB. Some areas within the northeastern states, especially in Manipur and Assam, experience sudden and random outbreaks of violence. You should avoid protests and large gatherings. Stampedes have occurred during some events with large crowds, including at political rallies and religious gatherings, resulting in deaths and injuries. Once in the region, you’re advised to avoid large crowds,” the advisory said.

It added that strikes or bandhs, political rallies and demonstrations occur frequently throughout the country and transport and public services may be disrupted at short notice.

Since January, the state has been witnessing occasional protests against the bill. However, the recent push by Centre, including the Union cabinet’s clearance to the bill, has fuelled public anger and led to non-stop protests.

The influential All Assam Students’ Union (AASU) and other groups are already carrying out series of agitation from Friday while the North East Students’ Organisation (Neso) has called an 11-hour bandh in the region on Tuesday.

The advisory has come at a time when the Assam government has been trying to promote tourism as one of the major sectors to bring in revenue.

Assam gets most of its foreign travellers from the UK, followed by Germany, Israel, China and other South Asian countries.

According to official statistics, Assam received around 41,000 foreign and 60,27,002 domestic tourists in the 2019-20 financial year. On the back of promotions in India and abroad through digital medium and a series of documentaries in prominent television channels like National Geographic, Assam has been witnessing a rise in tourist footfall since 2017-18, when at least 31,739 foreign and 59,34,791 domestic travellers visited the state.

Besides the UK, the US government has also prohibited its employees from travelling to Assam, Arunachal Pradesh, Mizoram, Nagaland, Meghalaya, Tripura and Manipur without special authorisation from its consulate-general in Calcutta.

Tourist hotspot, Kaziranga National Park, which is famous for its one-horned rhinoceros, opened its gate for visitors in October. The park had been closed since April 30 owing to floods. During the peak season, hundreds of foreign travellers visit Kaziranga.