Akhil said unless the movement against CAA becomes stronger, the people of Assam would be at risk 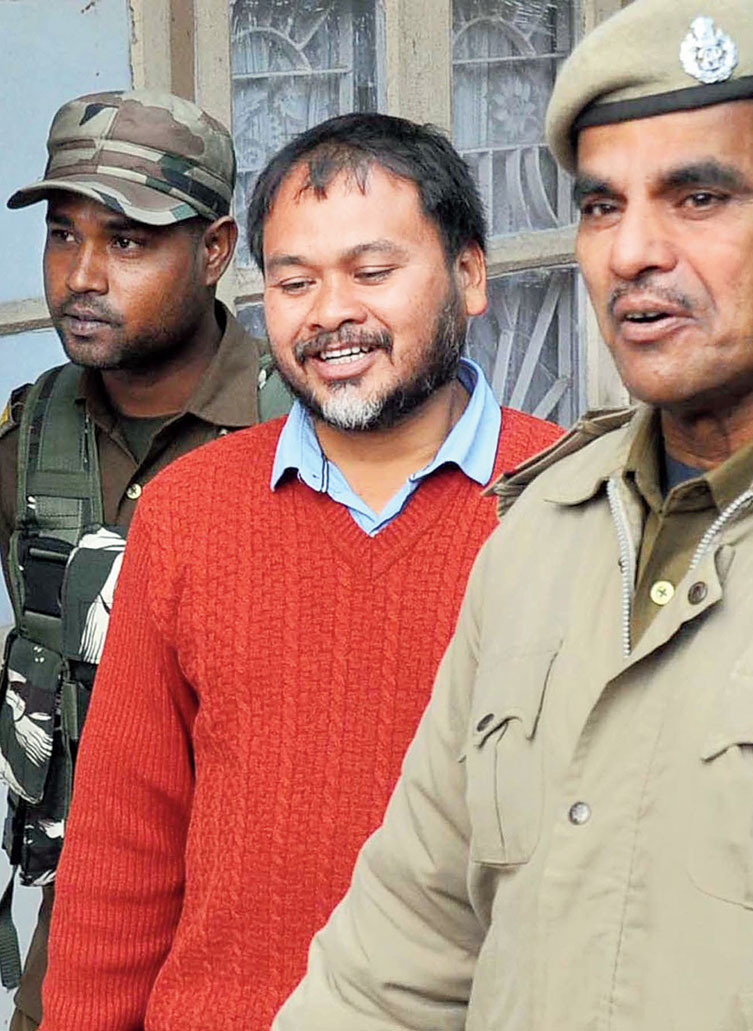 Krishak Mukti Sangram Samiti (KMSS) leader Akhil Gogoi on Friday urged all the anti-Citizenship Amendment Act (CAA) groups to unite and intensify the movement against the amended Act to compel the Centre to withdraw it.

Akhil, who was produced before a special National Investigation Agency (NIA) court here, said unless the movement against CAA becomes stronger, the people of the state would be at risk.

An open letter written by Akhil in jail, addressed to leaders of all anti-CAA groups and made available to the media by the KMSS on Friday, also says, “We respect the cultural protests, public rallies and black-flag protests. But these will not compel the government to scrap the act. These tactics had worked when the law was a bill but since it has become an Act, the temper of the protests needs to be maximum.”

He also expressed concern over talks of a separate political front to counter the ruling BJP and urged the people not to shift focus from the anti-CAA movement.

“There is an urgent need for a strong regional force in the state to protect the interests of the indigenous people. But the declaration of forming a political front comes too early. A political force should add muscle to the movement, not be a result of the movement. Forming a political front will be effective only prior to the elections. The more time the government gets, the more time they will try to defame it (the front) and its leader. So, for now, the movement must focus on putting huge pressure on the government against CAA and on chalking out a strategy to dethrone the BJP in the 2021 state polls,” Akhil wrote.

He said the demand of a new party should come from the public, not from those who are leading the movement.

In his five-page letter, Akhil shared his helplessness at not being able to participate in the anti-CAA movement.

“The people of Assam know how we are framed in fake cases and how the government is trying to gag our voice. Therefore, it’s the responsibility of the groups who are fighting outside to unite and take this movement to a logical solution. The movement should not only aim to compel the government to withdraw the Act but also protect the future of the people of Assam for good,” he wrote.

On Friday, the NIA court sent Akhil back to judicial custody and KMSS student leader Manas Konwar, who was arrested on Thursday, to seven-day NIA remand.

Konwar was named in the same case (No. 13/2019) in which Akhil and other KMSS leaders, Dhirjya Konwar and Bittu Sonowal, were arrested for allegedly having nexus with Maoist groups.