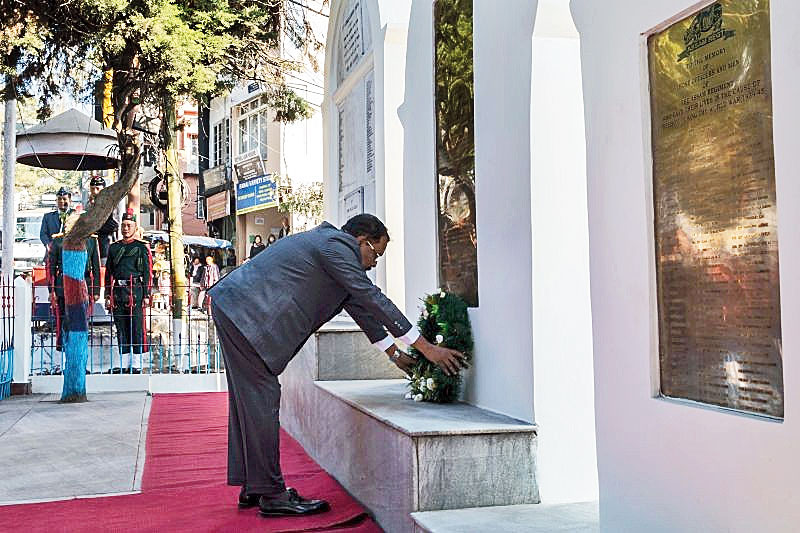 Tripura and Mizoram observed the 49th Vijay Diwas on Monday with officials paying homage to the heroes.

The day commemorates the anniversary of India’s victory over Pakistan in the Indo-Pakistan War of 1971 for the liberation of Bangladesh.

In Tripura, Governor Ramesh Bais and officials laid wreaths at the Post Office Chowmuhani in Agartala to pay homage to the heroes.

Bais said, “We have gathered here today to pay homage to the soldiers who laid down their lives during the Bangladesh Liberation War.”

The day was also observed at the office of the Bangladesh assistant high commissioner here. The national flag of Bangladesh was hoisted, the national anthem was played and floral tributes were paid.

Bangladesh assistant high commissioner Kiriti Chakma said, “I want to thank the people of Tripura and India on behalf of the people of Bangladesh. As we step into the 50th year of Independence, we are on our way to create a sonar Bangla which was the dream of Bangabandhu Sheikh Mujibur Rahman.”

Tripura was the headquarters of the war and the state had accommodated more refugees than its original population in 1971.

Mizoram too observed Vijay Diwas on Monday with officials laying wreaths at the war memorial here.

Governor P.S. Sreedharan Pillai was the first to pay homage by laying a wreath on the pedestal of the war memorial.