Son Beel, the largest wetland in the Northeast and the second largest in Asia, after Genhe in Mongolia, is set for a big-budget facelift. 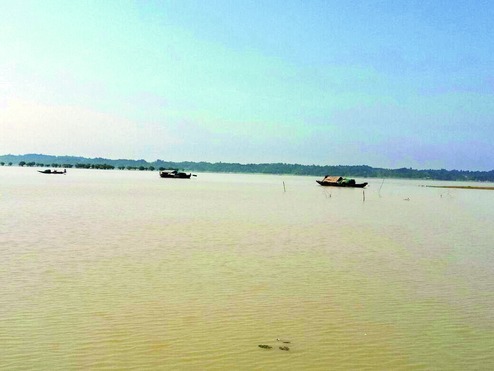 Silchar: Son Beel, the largest wetland in the Northeast and the second largest in Asia, after Genhe in Mongolia, is set for a big-budget facelift.

Ratabari legislator K. Mallah said the state government has sent a proposal to the Union ministry of tourism for all-round development of Son Beel. The estimated expenditure is Rs 400 crore and funds under Swadesh Darshan scheme will be allocated soon.

Swadesh Darshan was launched by the tourism ministry in 2015 for integrated development of theme-based tourist circuits in the country.

Mallah said he had raised the topic of Son Beel in the Assembly recently to which state tourism minister Himanta Biswa Sarma replied that a proposal had been sent to the Centre and the tourism ministry was verifying it.

The makeover will bring solar lights, a large aquarium and water sports to the beel. A restaurant with lodging facilities is also on the cards, among other amenities.

The depth of the lake will be increased as a part of the project so that it remains full of water throughout the year, as it used to earlier. Steps will be taken to develop a favourable atmosphere for different species of flora and fauna and migratory birds, Mallah said. He hoped that funds for the mega project would be sanctioned soon.

Patharkandi legislator Krishnendu Paul also said Dispur had submitted a proposal to the Centre for development of Son Beel and had received a good response. He said the state government has a prudent vision to develop the lake and its surrounding areas, which will give a big fillip to the economic scenario of the region. The funds will most probably be released this fiscal, Paul added.

North Karimganj legislator K.D. Purkayastha said Son Beel had all the elements to emerge as a tourism hotspot and demanded that funds for the project be allocated soon.