The 2004 Dhemaji bomb blast had killed 13 persons, including 10 children 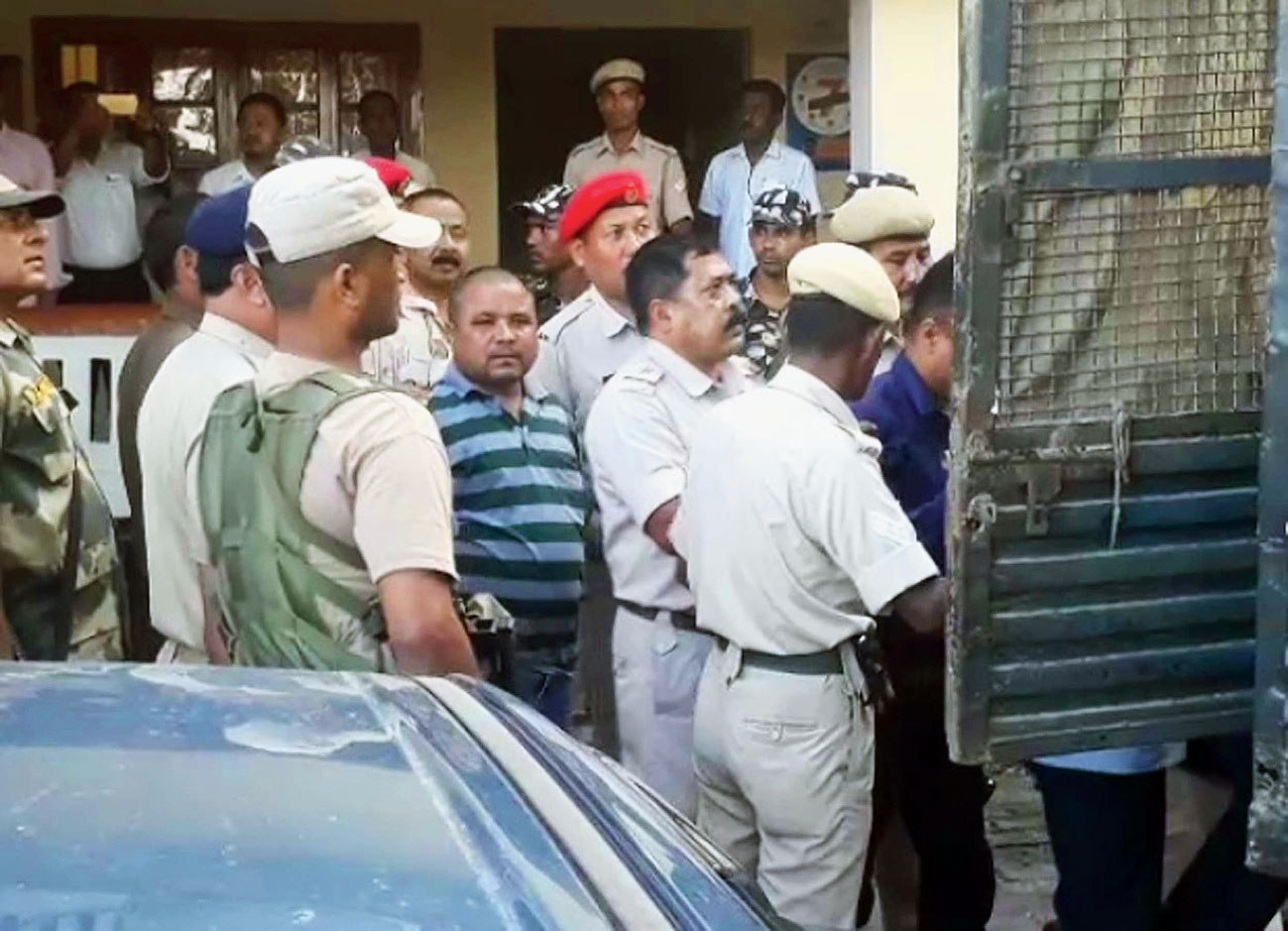 Ulfa militants had triggered the explosion during Independence Day celebrations at Dhemaji College playground at 8.55am on August 15, 2004.

The four awarded life term are Dipanjali Gohain, Muhi Handique, Lila Gogoi Khan and Jatin Dowari. They were also ordered to pay a fine of Rs 10,000 each.

The other two accused, Prasanta Bhuyan and Hemen Gogoi, were sentenced to rigorous imprisonment for four years and a fine of Rs 2,000 each.

The accused were convicted by Dhemaji district and sessions judge Sutham Das under relevant sections of the IPC, including Sections 120B (criminal conspiracy) and 302 (murder), and the Unlawful Activities (Prevention) Act.

The police had filed the chargesheet on February 28, 2011 against 15 people.

The main accused, Rashid Bharali, an Ulfa militant, is at large, having jumped bail. Bharali, who is from Lakhimpur district, was named as an absconding accused in the chargesheet.

The family members of some of the blast victims were present in the court when the verdict was pronounced.

“We are happy that after 15 years of wait, finally justice has been done,” said Nitya Nandan Saikia, who lost his sisters Aruna, 15, and Rupa, 13, in the blast.

“There was a lot of political pressure in this case, due to which it took the police nearly seven years to file the chargesheet,” he told The Telegraph.

“I believe if the police had conducted the investigation more efficiently and if there was no political pressure, more accused would have been convicted,” Saikia, who is an advocate, said.

There were allegations of Bharali having links with the then water resources minister (in the Tarun Gogoi government), Bharat Chandra Narah.

Narah had denied the allegations.

Ulfa had carried out the blast probably hoping to target VIPs who attend Independence Day programmes but it killed 10 children, a teacher and two others. The outfit denied its role for about five years before apologising and terming the incident as a blot on Ulfa’s history.

Around 40 persons were injured, many of them grievously, in the blast.

During the trial, 77 prosecution witnesses, including family members of the blast victims, had deposed before the court.