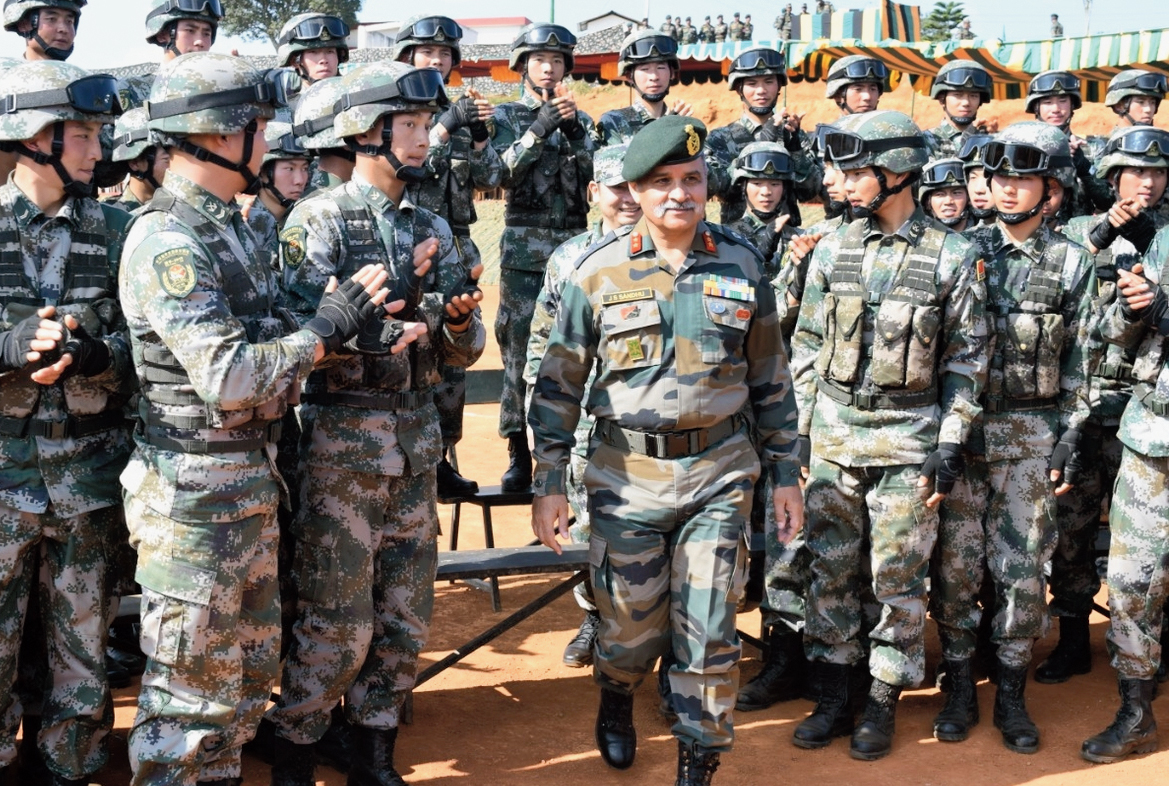 The eighth edition of the India-China joint training exercise named Hand-in-Hand culminated at Umroi military station in Meghalaya on Friday.

During the exercise, which commenced on December 7, the infantry companies of Indian and Chinese army participated in joint drills of counter-terrorism operations in semi-urban terrain under the United Nations’ mandate.

The exercise entailed firing from each other’s weapons, conduct of tactical lectures and demonstration on various aspects of counter terrorism operations.

A defence communique said the joint training standards achieved by both the contingents were on display during a 72-hour field training exercise that encompassed drills requiring seamless integration of action by troops.

The exercise culminated with a ceremony where the participating troops displayed high standards of military drill. The two armies have gained from each other’s expertise and experience in conduct of counter terrorism and company-level operations, the communique said.