Salman in Arunachal to flag off bicycle race

The actor, along with some ministers, took part in a 10km bicycle ride at Mechuka 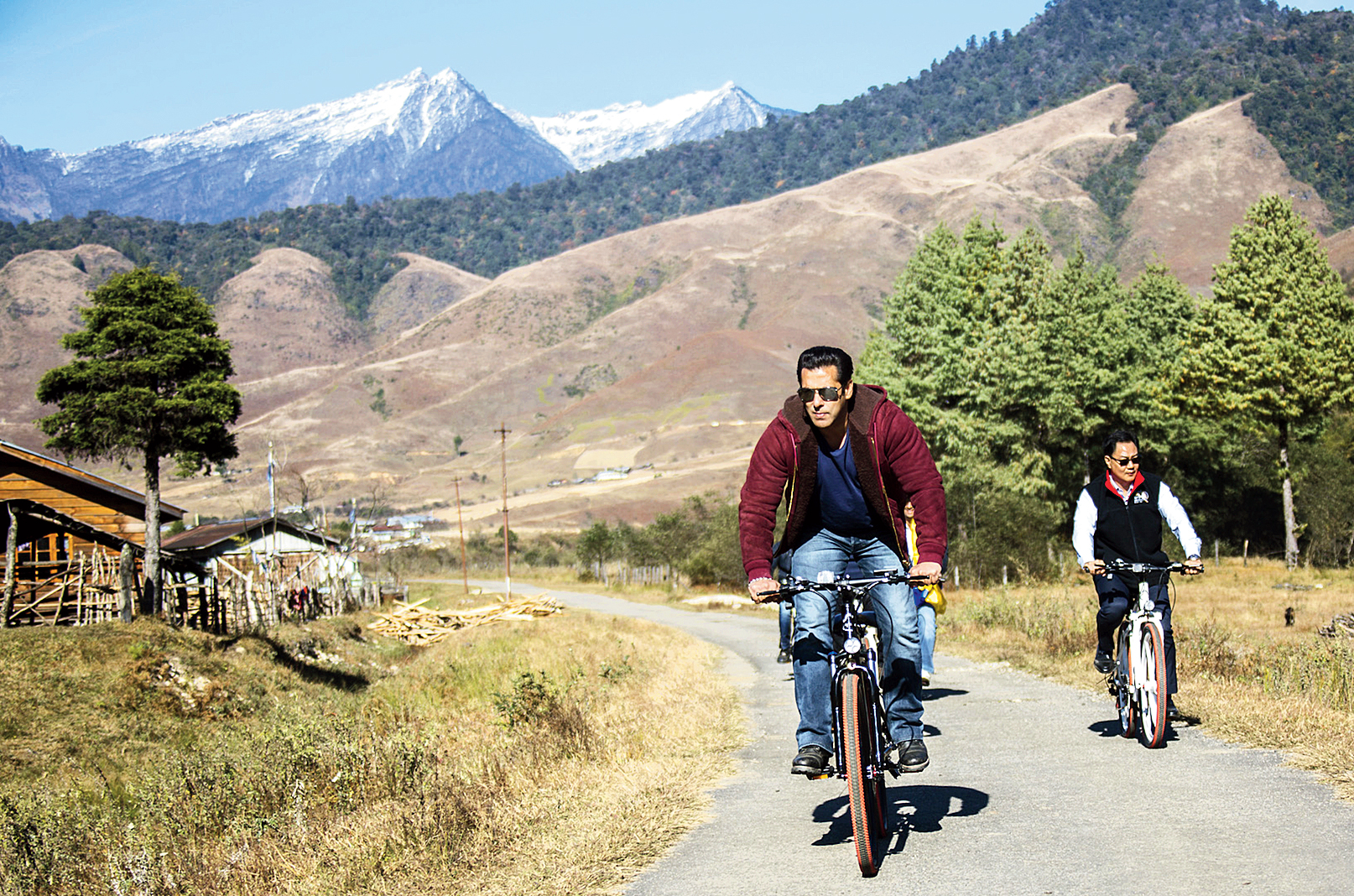 The culmination of the race coincided with the beginning of the sixth edition of the Annual Mechuka Adventure Festival, which was attended by Union minister of state for home affairs Kiren Rijiju and Arunachal Pradesh chief minister Pema Khandu.

Salman, along with the ministers, took part in a 10km bicycle ride at Mechuka.

The three-day adventure festival, jointly organised by the Union tourism ministry and the state tourism department, showcased an array of local food, culture and music.

Salman, while admiring the beauty of the frontier state, promised to shoot for his upcoming film in the state.

Khandu thanked the actor for his contribution in promoting tourism in the state.