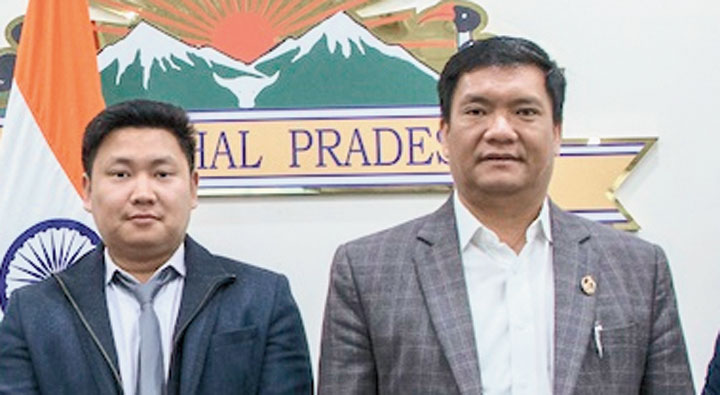 Arunachal Pradesh chief minister Pema Khandu on Wednesday reviewed the implementation of the mega food park and its project site at Dolikoto village near Banderdewa in Papum Pare district.

The food park under Pradhan Mantri Kisan Sampada Yojana of the Union ministry of food processing industries aims at providing a mechanism to link agricultural produce to the market by bringing together farmers, processors and retailers to maximise value addition, minimise wastage, increase farmers’ income and create employment opportunities, particularly in the rural sector.

It is based on “cluster” approach and envisages creation of the stateof-art support infrastructure in a well-defined agri/horticultural zone for setting up of modern food processing units in the industrial plots provided in the park with well-established supply chain.

The food park was sanctioned on September 13. It will be set up on 75 acres of land at an estimated cost of Rs 159 crore.

It is envisaged that it will bring huge investment in multi-sectoral food industries by attracting industrialists globally for setting up new ventures, which would generate employment and provide market to farmers of the state.

The park has earmarked 27 units of food industries that would be open for grabs by industrialists and entrepreneurs.

Khandu said so far the food park has received letters of interest from 12 entrepreneurs for setting up food industries in it. Of these, nine are local entrepreneurs and three are multi-national companies. They are expected to make a total investment of Rs 16.7 crore in the park.

“This is a good sign. We need to advertise and sell the feasibility of our park so that many more local and multi-national companies set up industries here. Our farmers will hugely benefit from such food industries,” Khandu said.

Promising to complete the responsibilities of the state government like providing road, water and power at the earliest, Khandu urged the promoter of the park to expedite the ground work at the site.