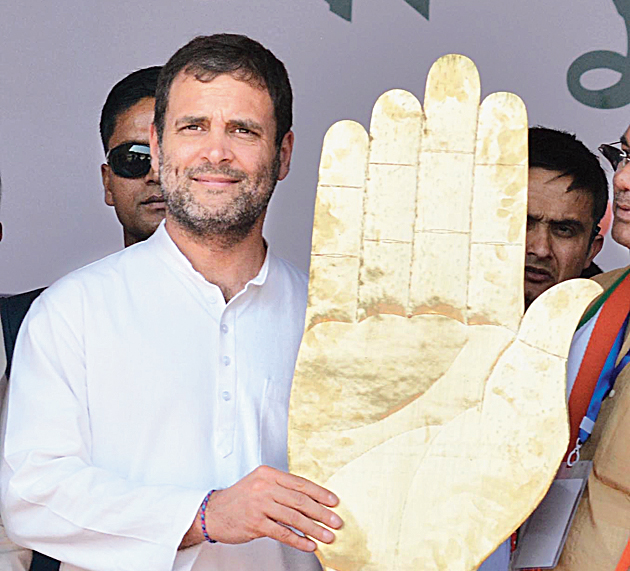 Rahul is scheduled to address a poll rally on the defunct Cachar Paper Mill premises in Panchgram and campaign for party candidate Swarup Das of the Karimganj SC constituency.

A convener of the committee, Azizur Rahman Mazumdar, said they will submit a memorandum to the Congress president, stating the plight of the workers of both the Panchgram and Jagiraod mills.

A few months ago, some members of the committee met the Congress president in Guwahati in presence of Silchar MP and All India Mohila Congress president Sushmita Dev and apprised him of the mills’ condition. Rahul assured them that he would make it a poll issue, Mazumdar added.

Prime Minister Narendra Modi is also scheduled to address a rally in Barak Valley on April 11. The venue of the rally is yet to be finalised.

The mill committee said it will stage a protest wherever Modi’s rally is held. Mazumdar alleged that Modi had announced to revive the mills during the 2014 general election campaign in Kalinagar of Hailakandi district.

He said 51 employees of the mills died owing to non-payment of salaries. Altogether 1,500 workers are unable to pay insurance premium and school fees and continue other liabilities as they are not being paid for the past 27 months. Mazumdar said they have started a campaign against the BJP across Barak Valley as they “betrayed people with their false assurances”.

Both the mills were established in 1979.

Mazumdar said both Modi and Assam chief minister Sarbananda Sonowal have betrayed them by giving them false assurances. He alleged that the case, lodged by the Officers and Supervisory Association of HPCL before the National Company Law Tribunal (NCLT), revealed the Centre’s false assurances over clearing their dues.

“The NCLT on April 4 asked the department of heavy industries to pay Rs 90 crore before April 22 for payment of salary. But earlier, the Centre said the funds have already been released,” he added.

Mazumdar also alleged that machines and raw materials worth crores of rupees are being damaged inside the mills. “The Centre is importing low-quality paper from Bangladesh, China and Korea and spending more than Rs 1 lakh per metric ton (MT) but the rate of good-quality paper was only Rs 48,000 per MT when the mills were shut down,” he added.