The worker was killed by unidentified armed persons on Friday evening 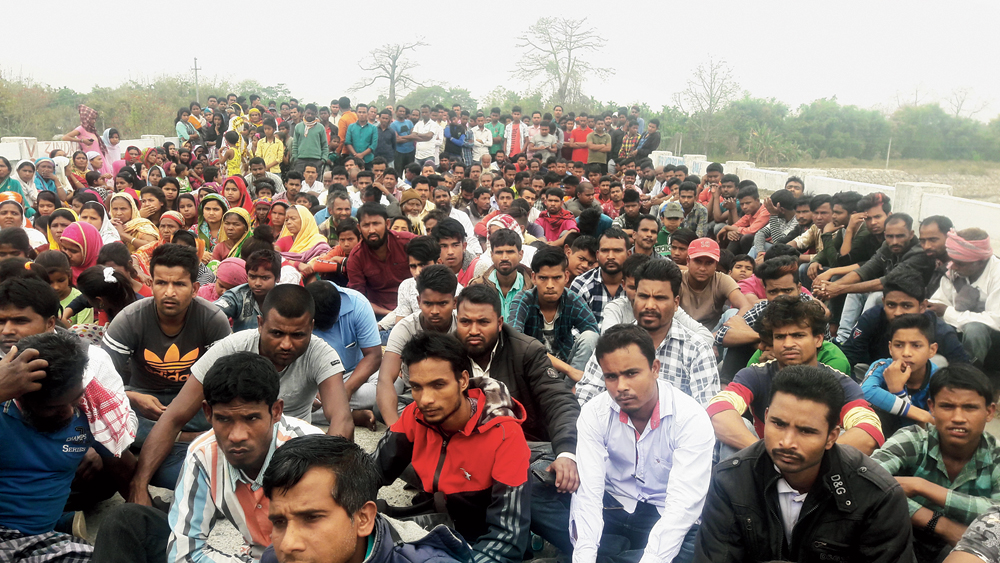 Hundreds of people put up a blockade in Udalguri district of lower Assam on Saturday in protest against the killing of a Bodoland People’s Front (BPF) worker by unidentified armed persons in the district on Friday evening.

The protesters, including locals and supporters of the All Koch Rajbongshi Students’ Union (AKRSU), All Adivasi Students’ Association of Assam (AASAA) and the All BTC Minority Students’ Union (ABMSU), blockaded a road bridge on Mangaldoi-Bhutiachang State Highway 4 for nearly two hours.

They demanded arrest within 24 hours of the culprits who gunned down BPF worker Khairul Haque, 51, at Bhutiachang. The protest ended after Bhergaon sub-divisional administration assured them that the culprits would be arrested.

This is the first killing in the run-up to the Bodoland Territorial Council (BTC) polls scheduled to be held in April.

The ABMSU condemned the killing and questioned the claim of “normalcy and peace” which the new Bodo Accord is supposed to usher in the trouble-torn Bodo belt. “Why are the religious minorities becoming soft targets of miscreants every now and then in the Bodo belt? Do our lives not matter?” asked ABMSU general secretary Taison Hussain. “There have been glaring presence of illegal firearms with extremists and criminals in the Bodo belt and the killing validates the fact,” he alleged.

“The incident proves that there are security loopholes ahead of the BTC council polls and militants and criminals are taking advantage and carrying out subversive activities to spread fear. If the police fails to arrest the culprits within 24 hours, we will stage road blockades and declare bandhs in the BTAD Bodoland Territorial Area Districts),” he said.

“The recent Bodo pact promised to bring everlasting peace in the region but how can they make such claims when the religious minorities are prime targets in the BTC?” ABMSU Udalguri chapter president Saheb Khan asked.

A senior police officer told this correspondent on condition of anonymity, “We have found some clues and are working on it. We are also waiting for the call details record.”

BTC supremo Hagrama Mohilary visited the victim’s family, placed a wreath and the BPF flag on Haque’s body. He assured a government job to Haque’s kin on compensatory ground.

“There are no illegal firearms. Everyone has joined the mainstream. There are illegal firearms only with Hira Sarania and I strongly believe his henchman are behind this killing,” Mohilary alleged referring to Kokrajhar MP Naba Kumar Sarania.

“The locals spotted the assailants’ scooty whose last four digits 9994. I believe if the government is genuinely interested, then the culprits can be nabbed within 24 hours,” he said.