The painting depicted the leader being stopped by baton-carrying cops 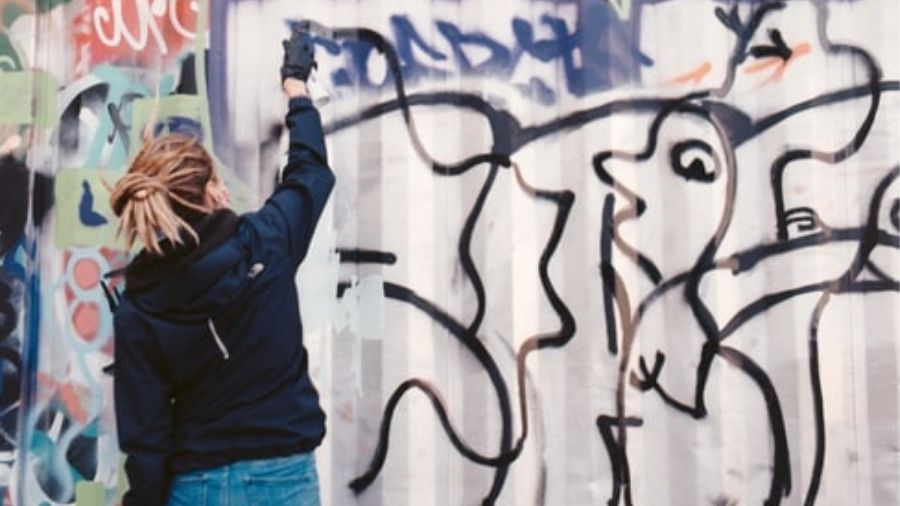 Four artists were booked on Thursday by the police over drawing graffiti of jailed activist Akhil Gogoi, and were later forced to whitewash the wall.

The graffiti, which depicted Gogoi being stopped by a group of baton-carrying police officials, was being drawn by artists of the Guwahati-based Anga Art Collective on Wednesday afternoon.

According to a senior police official, the art depicted the department in a “derogatory manner" and was unacceptable.

He added that the graffiti had been removed after they detained five people, including the four artists, to stop them from drawing.

One of the artists, Dhrubajit Sarma, said that the group had been painting graffiti on social issues since 2010.

"We are artists. We cannot remain mute spectators of the happenings around us. Akhil Gogoi has been in jail for almost one year, and we thought of depicting his condition through our painting," he said.

Sarma added that they were taken to the site at the National Highway-27 and then "forced" to remove the painting on the wall with white paint, following their brief detention at the police station.

The artists, including Sarma Rahul Lahon, Kuladip Sarma and Bulbul Das, are all in their 20s and students of the Government Art College in Guwahati.

The KMSS leader, Gogoi, is at the moment lodged at the Gauhati Medical College and Hospital, after he tested positive for Covid-19. The leader was arrested by the National Investigation Agency (NIA) in December last year following the violent protests against the Citizenship Amendment Act and his alleged role in them.

People from various sections of the society took to social media to condemn the action of the police after photos of the graffiti went viral.

"When the cloud covers the sun," said Assamese singer Manas Robin as he shared photos on Facebook.

“The writing is on the wall (Democracy),” senior journalist Sushanta Talukder said.