Play for your country, says Bala 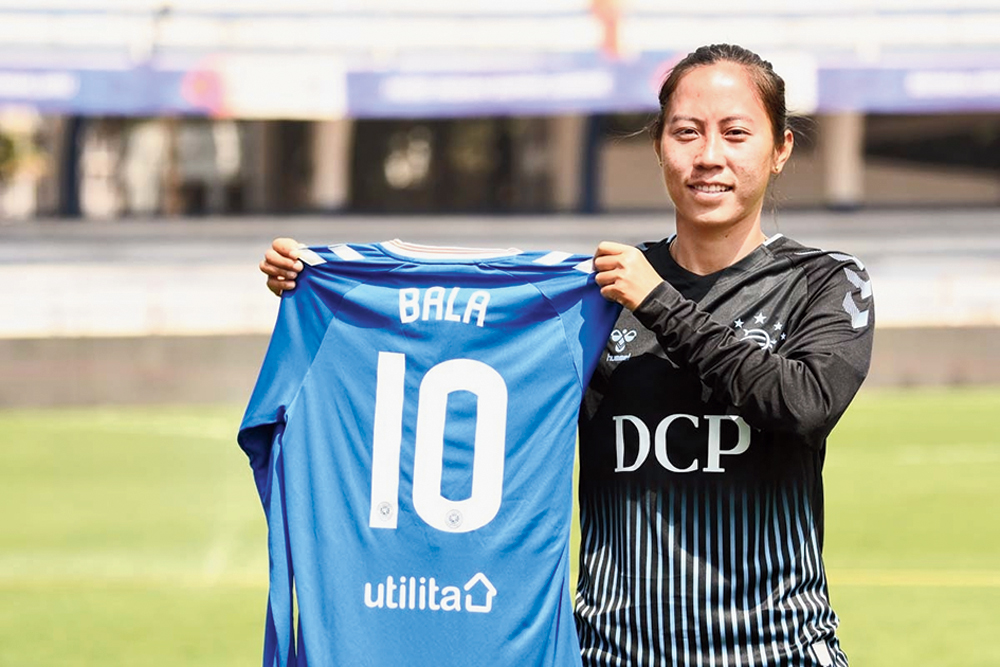 Ngangom Bala Devi, who just scripted history by signing up with the Scottish side Rangers FC to be the first Indian woman to play outside the country professionally, hoped that more young girls will follow her to Europe in the days to come.

The 29-year-old forward from Manipur has signed an 18-month deal with the side.

“I really cannot describe how I feel right now. Playing in Europe has always been a dream for me, and now it has come true. The rate at which women’s football is moving forward, I hope to see more of these young girls following me to Europe and improving the national team in the future,” Bala Devi said in an interview in the All India Football Federation (AIFF) website.

With the development, she has joined the league of stellar performers like Mohammed Salim, Bhaichung Bhutia, Sunil Chhetri and Gurpreet Singh Sandhu, among others, who have played for European clubs in the past.

“We all know about the history, the heritage, and the culture that a club like Rangers carries with its name. I am proud to be associated with a club like that and it will further motivate me to press forward and improve my game. We all have seen European football on television or on YouTube, when we were kids, and have dreamt of ourselves playing under such conditions. Now that I have got this opportunity, I want to grab it with both hands and show the country that we can all do well if we work hard and give it our best,” she said.

Bala has been in top form for the past year, earning the top scorer’s award in both the Hero Indian Women’s League 2018-19 and the 25th Senior Women’s National Football Championship, scoring 26 and 21 goals, respectively.

She was given a week-long trial at Rangers Women FC in November last year, after which she came back to join the national team and clinched gold with them at the 2019 South Asian Games, where she also finished as the top scorer — netting six goals in four games.

“Improvement is something that we all need to do at all times, and I am thankful to the AIFF for providing me with the facilities in the national team, so that I could keep improving my game. Now, it’s time to use this opportunity to further improve myself, as I begin this new chapter in my life,” Bala added. Bala Devi who made India debut in 2005 was the AIFF Women’s Player of the Year in 2014 and 2015. She also finished as the top scorer in this year’s Indian Women's League (IWL).

“Play hard, play for yourself, but most importantly, play for your country…there’s nothing greater than wearing the India jersey,” Bala sent a message for the youngsters.