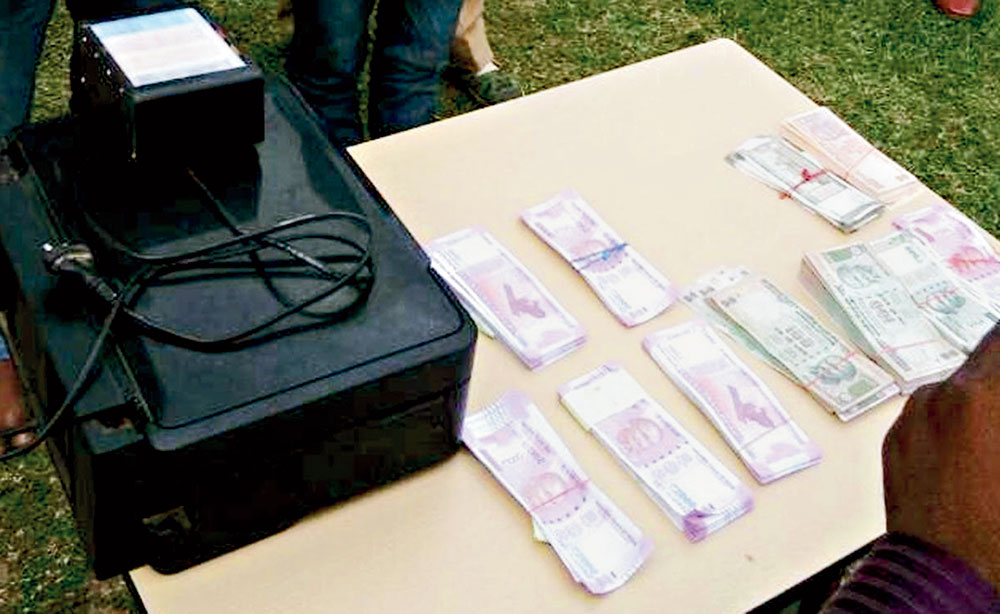 The National Investigation Agency (NIA) has taken over the investigation of a case related to seizure of fake currency notes in the city.

An official source told The Telegraph that according to an order 11011/16/2019/NIA, dated May 7, 2019, issued by the Counter-Terrorism and Counter-Radicalisation division of the Union home ministry, Guwahati police had handed over the investigation of the case to the NIA. This case (number 339/2019) was initially registered at Paltan Bazar police station here.

“The NIA has re-registered the case (number RC-02/2019/NIA/GUW) at its Guwahati branch under Sections 120B (criminal conspiracy), 420 (cheating) and 489C (possession of forged or counterfeit currency/bank-notes) of the IPC,” the source said.

The agency has also submitted a copy of the FIR at the NIA special court here intimating about registration of the case.

The case pertains to seizure of fake Indian currency notes (FICNs) in the denomination of Rs 200 (420 pieces) and Rs 500 (200 pieces) of face value Rs 184,000 from three persons during a random search conducted by a police team on Islampur road near Nehru Stadium on April 5 this year. Paltan Bazar police had carried out investigation under the supervision of assistant commissioner of police (crime), Pahari Konwar.

The three accused were identified as Motaleb Ali, 30, Dilbar Hussain, 27, and Amir Hamza, 21, all hailing from Sipajhar in Darrang district. They are currently in judicial custody.

ramifications because the seized fake notes, which were of high quality and near perfect, were believed to have been smuggled from Bangladesh through the state’s porous riverine border with the neighbouring country,” the source said.

He said countering fake currency is high on the NIA’s agenda after demonetisation proved unsuccessful in curbing the menace of circulation of fake Indian currency notes by the Pakistan’s ISI.

On Wednesday, the NIA had busted an inter-state fake currency racket at Gurugram in Haryana and seized FICNs having face value of Rs 1.2 crore in denomination of Rs 2,000.

The cases related to fake currency are being investigated by a specialised TFFC cell of the NIA, which also deals with terror funding.